“To the twelve tribes in the Dispersion: Greetings.  Count it all joy, my brothers, when you meet trials of various kinds, for you know that the testing of your faith produces steadfastness.  And let steadfastness have its full effect, that you may be perfect and complete, lacking in nothing.”  (James 1:1–4)

On Tuesday, which was International Holocaust Remembrance Day, Riccardo Pacifici, the head of Rome’s Jewish community, and Fabio Perugia, Rome’s Jewish community spokesman, along with Italian journalist David Parenzo and a film crew were arrested by Polish police after trying to escape through a window at  Auschwitz.

The event was especially traumatic for Pacifici, whose grandparents died in the camp.
He had been filming the 70th anniversary of the liberation of the death camp with a Canale 5 film crew for the Italian TV show Matrix. 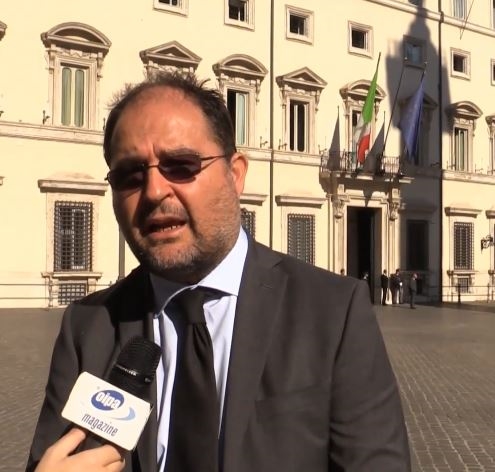 Filming wrapped up around 11 p.m. when they realized that the gates had been locked.

When their calls for help were unheard by camp security guards, they decided not to endure a night of freezing temperatures.  Instead, they decided to escape through a ticket office window.

Their attempt at escape set off an alarm, alerting the security officer and local police who held them for several hours in the camp and then in the nearby town of Oświęcim.

During the ordeal, Pacifici tweeted in Italian, “We are being held by the Polish police inside Auschwitz after filming Matrix.  A disgrace.”

Pacifici continued to tweet in Italian describing how higher and higher ranks of policeman were coming to interrogate them throughout the night.  He tweeted that the crime was not illegal intrusion but exiting when the guards had already left for the night.  (JPost) 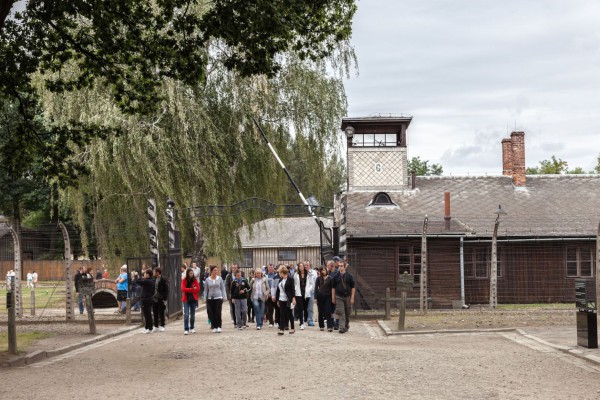 Visitors to Auschwitz enter through the gate under the false promise that “Arbeit Macht Frei” (Work Will Make You Free).

“They arrested us and treated us roughly as though we were criminals,” Perugia told HaAretz.

“I tried to explain my personal story,” said Pacifici, “that my grandfather, who I was named after and who I never met, was murdered and burned here, in this place, and that getting locked in the camp, being detained and interrogated was a painful experience for me, but there was no one to talk to.”

He added, “They weren’t violent, God forbid, but they definitely acted like government workers.”  (YNet)

After their release, calling it “madness” and “folly,” Pacifici complained to the Italian newspaper, La Stampa, “My grandparents died here.  It’s a shock.  Our only crime was that we tried to get out through the window.”  (JP)

Apparently, language became the main problem, so the Italian foreign minister sent an interpreter.  With the help of the Italian embassy in Warsaw, the Italian Foreign Ministry and the interpreter, the crew were released at 6 a.m. and promptly returned to Italy.

Two days after their release, Pacifici tweeted a thank you to Italy’s President Grasso for personally reaching out to him: “Thank you to president @PietroGrasso for his kind phone call of solidarity after my harsh experience at Auschwitz.”