100s of Christians and Jews Rally in Warsaw for Israel

“The King will reply, ‘Truly I tell you, whatever you did for one of the least of these brothers and sisters of mine, you did for me.’”  (Matthew 25:40)

In response to Palestinian terrorism that has plagued the State of Israel for months, Christian organizations in Poland organized a several-hundred person rally in Warsaw on January 10 as a move of solidarity with Israel.

The two-hour march specifically functioned as an act to protest the “third intifada” underway in Israel, according to the event organizers.

“We want to publicly show that as Poles and Christians, we support Israel and oppose anti-Semitism,” the organizers said.

Israel’s ambassador to Poland, Anna Azari, who attended the rally among several hundred Jews and Christians, said of the event, “I’ve never seen such a large demonstration of support for Israel.”

“I walked in the march, carrying the flag of the State of Israel to demonstrate my support for the country and convey to Israelis that they are not alone,” the editor of the Polish Jews Forum, Pawel Czyszek, told the Jewish Telegraphic Agency (JTA). 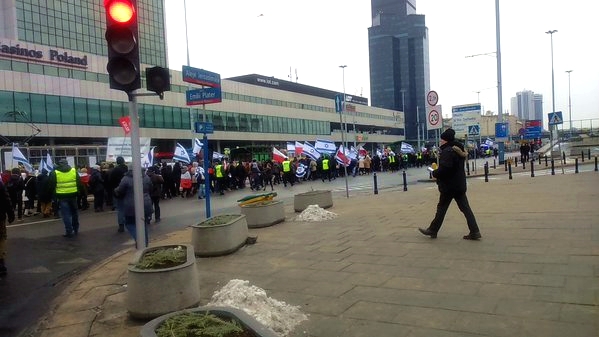 The organizations supporting the rally included the “Poland for Jesus” movement, the “Polania” Krakow Foundation, the Church of Evangelical Christians, the “New Jerusalem” Church, Radzyń Podlaski and Church Mission.

Others attending were “A New Beginning” based in Skarżysko-Kamienna, the Gdynia-based Pentecostal congregation “Ecclesia,” the “Cenacle” Christian Church in Kielce, the “Road” Church in Warsaw, the “Zion” Church of Jesus Christ in Rzeszów and the “On the Walls of the City” Foundation in Gliwice.

The rally was peaceful despite an attempt to disrupt it by a group from National Rebirth of Poland, who waved Palestinian Authority flags, the JTA writes.

Czyszek added in his comments to JTA that “when Polish and European media report on events in Israel, it is often unreliable and negative for Israelis.”

In December, Haaretz writer Marisa Fox-Bevilacqua described Poland as becoming “increasingly polarized” with Jews caught in the crosshairs and with a continuation of the anti-Semitism that was seen during the Holocaust.

“As a response to the Paris attacks last month, a group in the city of Wroclaw protesting the European Union’s call to absorb Syrian refugees burned an effigy of a Hassidic Jew holding an EU flag, chanting: ‘God, honor and fatherland!’,” Fox-Bevilacqua wrote on December 29.

Furthermore, she adds that the nationalist platform of Poland’s leading Law and Justice party calls to “culturally whitewash Poland’s Holocaust past.”

“At least one right wing politician has openly blamed Jews for instigating two weekends of civil protests over Law and Justice’s stranglehold over both the presidency and parliament,” she notes. 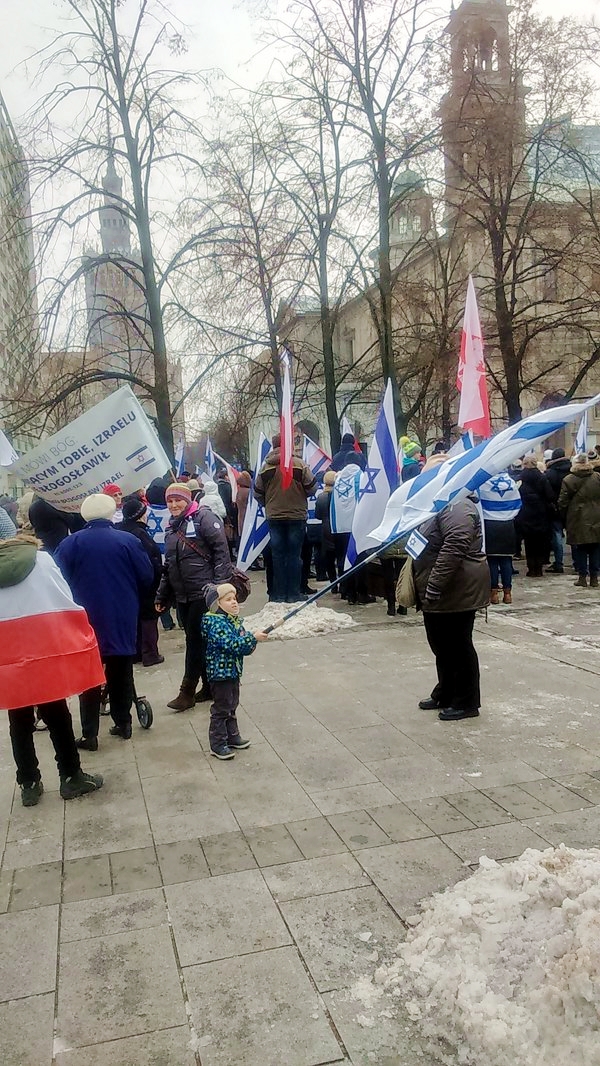 Polish residents marched against the “third intifada” that has been claiming lives since early fall.

She also reported that Poland’s culture minister Piotr Glinski denounced the Oscar-winning film “Ida,” in an interview with Reuters, for ascribing fault in the Holocaust to Poland.  Glinksi is seeking to produce another kind of film that shows Poland in a more positive light during these dark times.

The irony is that admitting to one’s guilt (individually or as a nation) is the way to heal the past and move forward.  “‘Every nation is guilty of something,’ said Konstanty Gebert, an expert with the European Council on Foreign Relations, a think-tank, in Warsaw.

‘But that image improves when you discuss it and admit to it.  This can earn you respect.'”  (RT)

The truth of the past is that “many of the pogroms were carried out by partisans who are considered national heroes here,” said Zuzanna Radick, a board member for the Forum for Dialogue, a Polish NGO focused on Jewish-Polish reconciliation.

In a report on Joshua Zimmerman, author of “The Polish Underground and the Jews, 1939–1945,” Zimmerman described his investigation on “how the Polish Home Army turned its guns on the Jews of Byalistok.”

“He came across the testimony of Col. Liniarski, who bragged with glee about how many Jews he had killed.  He also discovered there’s a church in Warsaw that bears a plaque in his name,” Fox-Bevilacqua writes.  “’Will they admit this is someone not to honor?’ asks Zimmerman.  ‘The evidence has been out there for 10 years, and there’s no action to remove the plaque.’”  (Haaretz)