Mount Hermon and agricultural fields in northern Israel at sunset

“When they had rowed about three or four miles, they saw Yeshua (Jesus) approaching the boat, walking on the water.”  (John 6:19)

Canoeing in liquid gold is just one of the charms of a visit to Israel.

In the early hours by the Sea of Galilee—that famous body of water that Yeshua (Jesus) walked on—a cool breeze tugs at tourists, daring them into the waves that still reflect the night.

Past the first icy touch, the water is soft and refreshing with a steady, calming rhythm. The Galilee is not the only body of water in the Holy Land that has captivated the hearts of mankind.

Israel hosts the lowest place on Earth—the Dead Sea, with a unique mixture of minerals renowned for alleviating skin and respiratory problems.  It has drawn people from far-away lands for millennia, seeking physical relief and rejuvenation.

For spiritual rejuvenation, many thousands of faith-filled pilgrims have trekked to the Jordan River.  There, they are immersed (baptized), as the early disciples and Yeshua Himself were immersed.

For fun and relaxation, Israel offers 116 miles of Mediterranean shoreline.  And the resort town of Eilat on the Red Sea attracts coral reef divers and dolphin reef lovers alike. 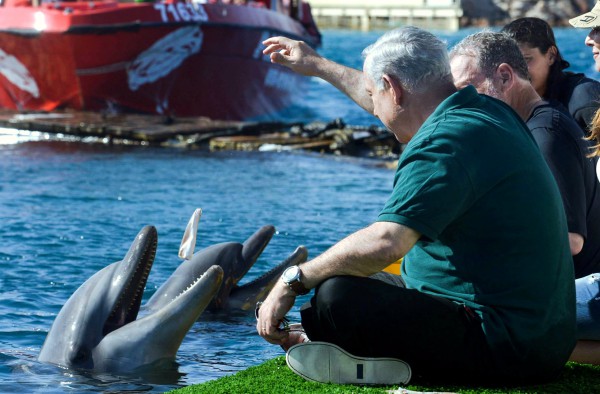 Prime Minister Benjamin ‎Netanyahu at Dolphin Reef in Eilat for Israel: The Royal Tour, a CBS show that spotlighted tourism in ‎Israel.

Although more than half of Israel is desert, the nation has become a world leader in the export of citrus.  It also exports vast quantities of flowers and other fruit and vegetables as the Bible foretold it would.

“In days to come Jacob will take root, Israel will bud and blossom and fill all the world with fruit.”  (Isaiah 27:6)

Arriving in Israel to witness the desert blossoming in fulfillment of prophecy is a lifetime dream for many.

One way to experience that dream is to come in the spring.

While the Western Negev desert seems almost lifeless most of the year, around January or February it explodes with red kalaniyot (anemones) flowers that resemble poppies.

Hundreds of thousands of visitors come every year to see the spectacle. 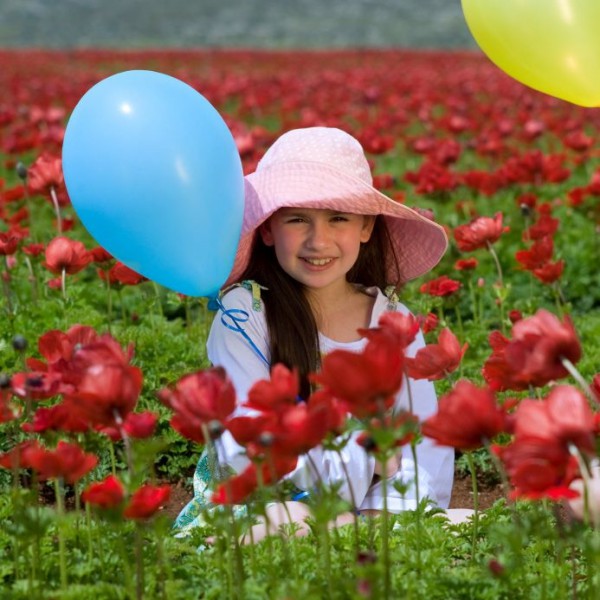 A sea of kalaniyot (anemones) bloom every spring in Israel.

Another way to see the Holy Land blossom is to visit any number of farms.  When the Prophet Amos foresaw Israel restored, he saw the land planted with vineyards and gardens.

“I will bring my people Israel back from exile. ‘They will rebuild the ruined cities and live in them. They will plant vineyards and drink their wine; they will make gardens and eat their fruit.’”  (Amos 9:14)

With over 200 wineries across Israel, many of which have large visitor centers, plenty of wine tours await in the Holy Land.

For example, the Tulip winery in Kfar Tikva (Village of Hope) overlooking the Jezreel Valley is one popular destination among day trippers, as is the Tishbi winery in Zichron Yaakov (Jacob’s Memorial), which is south of Haifa on the Carmel mountain range. 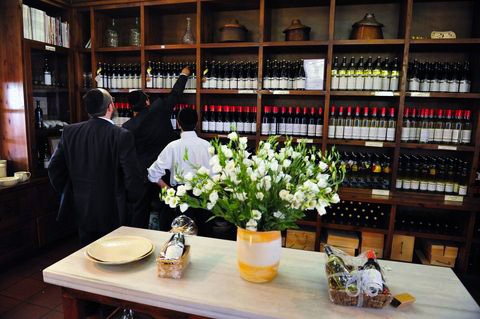 Orthodox Jewish men buy wine in Zichron Yaakov, one of the first Jewish settlements in Israel.

“The desert and the parched land will be glad; the wilderness will rejoice and blossom. Like the crocus, it will burst into bloom; it will rejoice greatly and shout for joy.”  (Isaiah 35:1–2)

When Israel’s first Prime Minister David Ben-Gurion envisioned the fulfillment of Isaiah’s prophecy that the desert would once again blossom, he may have imagined how the country as a whole might take up the challenge of rebirth.

Now that this prophetic blossoming is fully underway, both locals and tourists can cultivate their interests through hundreds of outlets developed since 1948, from sports and the arts to innovation and entrepreneurship.

Jerusalem, of course, is a top draw, since it has something for everyone, such as the Jerusalem light show and ice show, international book fair and marathon, as well as the Maccabiah Games (Jewish Olympics).

Not far from the Teddy Stadium where the opening ceremonies of the Games are held is the Tisch Family Zoological Gardens, which preserves endangered species from all over the world and displays a wonderful range of flora and fauna from the Tanakh (Old Testament).

It is popularly called the Biblical Zoo because of its special project of conserving the various species mentioned in the Bible.

Some of the species that have been driven out of their natural habitat and are nearing extinction are being bred and reintroduced to the wild, such as the Persian fallow deer. 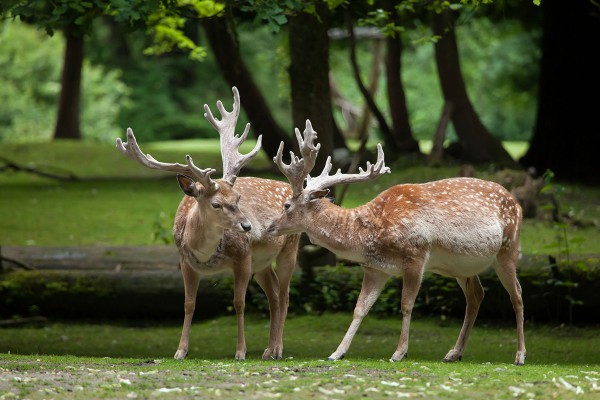 It is estimated that there are only 365 Persian fallow deer in the world.

Sports enthusiasts mountain bike near Be’er Sheva or paraglide near Haifa, Tel Aviv, and other locations.

Snorkeling and sailing, hiking and rock climbing, folk and ballroom dancing, and much more are just a road trip away.

Some tourists even come to Israel for intensive training in krav maga (Israeli self-defense), which is used in the Israeli Defense Forces and saving lives of children and adults around the world who use it against would-be attackers.

And, of course, here the Bible is no longer a story but reality.

And so much more. 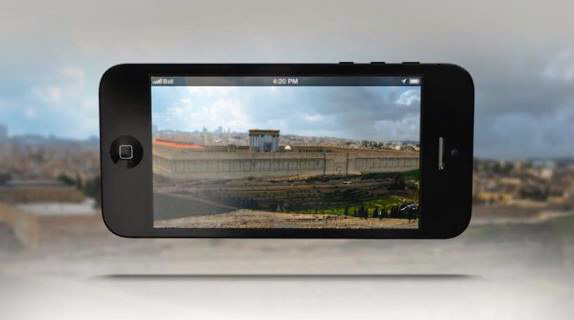 Museums in the Holy Land

In the Old City, the Tower of David Museum of the History of Jerusalem is not only an archaeological site. It hosts concerts, cultural events, and educational activities that bring the history of the city to life.

At night, for instance, the walls of the Tower of David are bathed in the breathtaking virtual images of The Night Spectacular.

Any of the diversely rich museums across Israel, such as the Bible Lands Museum, the Yad VaShem Holocaust Memorial Museum, and the Israel Museum, all of which are in Jerusalem, and the National Museum of Science, Technology and Space in Haifa, to mention a few, offer a depth of exploration into the timeline of the nation and its development.

And all of this is in fulfillment of Biblical prophecy.

“‘For behold, days are coming,’ declares the LORD, ‘when I will restore the fortunes of My people Israel and Judah.’ The LORD says, ‘I will also bring them back to the land that I gave to their forefathers and they shall possess it.'”  (Jeremiah 30:3) 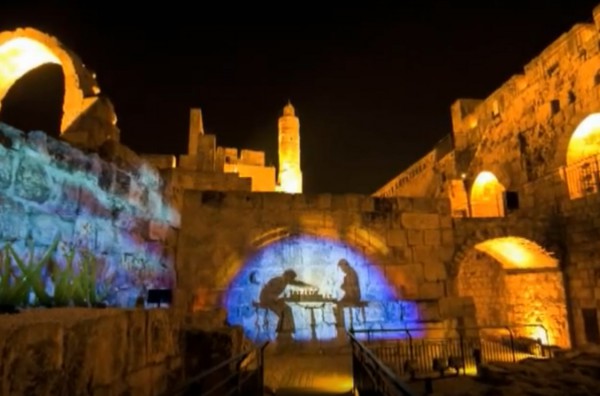 Whether coming to Israel as a pilgrim or a tourist, seeing the Holy Land revived and the hand of God at work among His Chosen People is a truly moving experience.

And while we encourage all Believers to come here to deepen their walk with the Lord and show their support for Israel, we also ask that Believers everywhere pray for the salvation of the Jewish People regularly and support the work of Bibles For Israel.

That Israel is once again a nation and the Jewish People now live in their ancient capital attests to the fact that God’s Spirit is moving in the midst of His people.

You can be a part of God’s end-time move by helping us bring the Word of God to Israel and the World.

“Remember me, Lord, when you show favor to your people, come to my aid when you save them, that I may enjoy the prosperity of your chosen ones, that I may share in the joy of your nation and join your inheritance in giving praise.”  (Psalm 106:4–5)

Feature
The Prophetic Birth of the Light of the World

Feature
The Dead Sea Scrolls and the Aleppo Codex - Part 2