100 Years of Prophetic Fulfillment for Israel 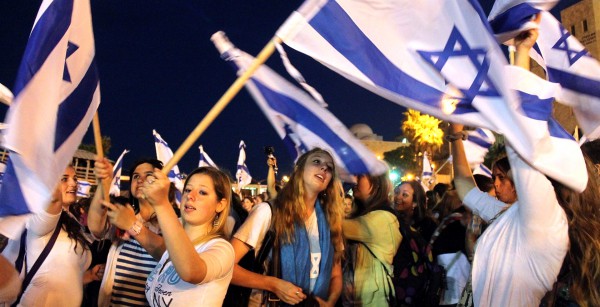 “I will bring them out from the nations and gather them from the countries, and I will bring them into their own land.  I will pasture them on the mountains of Israel, in the ravines and in all the settlements in the land.”  (Ezekiel 34:13)

The anniversaries of two historical events in the founding of the modern State of Israel and the fulfillment of Bible prophecy are remembered in this month of November:

Because these two anniversaries are so significant, we might associate the entire month of November with the founding of the State of Israel.

“Then the LORD your God will restore your fortunes and have compassion on you and gather you again from all the nations where He scattered you.”  (Deuteronomy 30:3) 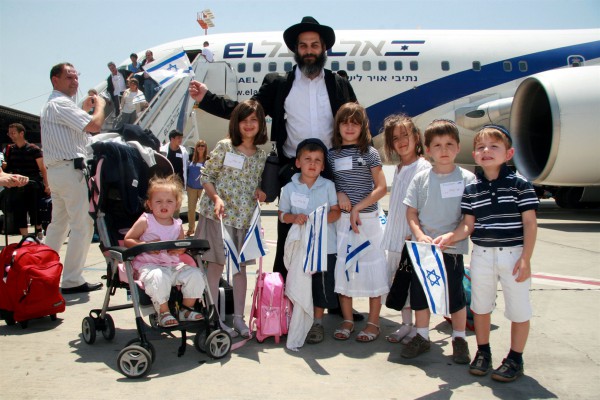 A Jewish father proudly holds an Israeli flag with his children, after they arrive in Israel for the purpose of making aliyah (immigrating to Israel).

No other nation in the world has ever been re-established after being dispersed for 2,000 years and, yet, the United Kingdom called for the establishment of a national home for the Jewish People.

“If Zionism is to influence the Jewish problem throughout the world, Palestine must be made available for the largest number of Jewish immigrants,” Lord Balfour, Britain’s foreign secretary, said early in the 20th century.

The Balfour Declaration, a formal statement of policy, was named after Lord Balfour.  But it was, in fact, a commitment made by the United Kingdom that famously pledges the following:

“His Majesty’s government view with favour the establishment in Palestine of a national home for the Jewish people ….”

It also promises that the British government will “use their best endeavours” to bring about such a home, while preserving the rights of non-Jews living in Palestine. 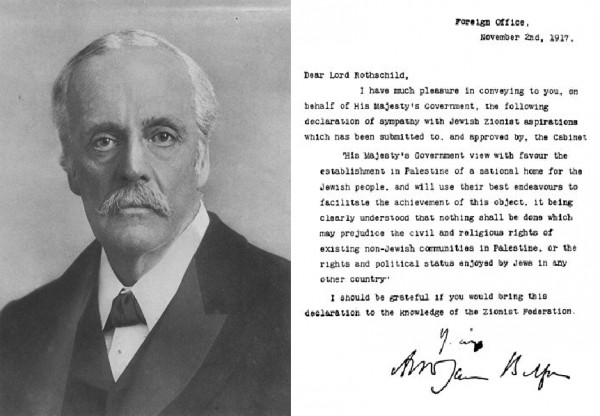 While the Balfour Declaration is prophetically significant to the rebirth of Israel, it only represents England’s intentions at that time. Israel would not become a nation until 1948.

But it certainly does reveal that God was moving on the hearts of people all over the world to carry His people home.

“This is what the Sovereign LORD says: ‘See, I will beckon to the Gentiles, I will lift up My banner to the peoples; they will bring your sons in their arms and carry your daughters on their shoulders.’”  (Isaiah 49:22) 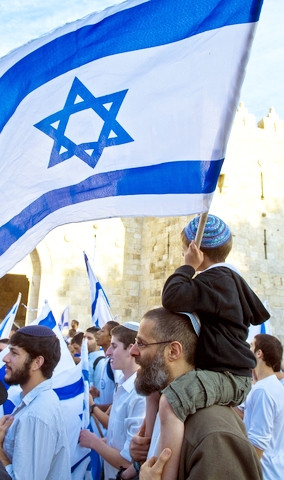 Boy with flag on Jerusalem Day

The British Mandate for Palestine

“And they will bring all your brothers, from all the nations, to my holy mountain in Jerusalem as an offering to the LORD.”  (Isaiah 66:20)

As might be expected, the Arabs opposed a national homeland for the Jews, stating that Palestine had been an Arab country for 12 centuries.

Nevertheless, the Balfour Declaration became a part of the British Mandate for Palestine, which was ratified in 1923.

In March 1946, under the Treaty of London, that larger section of Palestine became the Hashemite Kingdom of Transjordan, which is today’s Jordan. 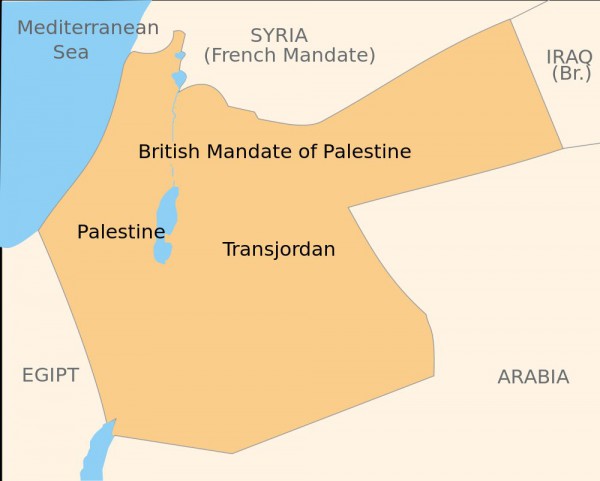 Following the surrender of the Ottomans, various mandates were instituted, eventually resulting in the creation of many modern states that redefined borders, renamed countries and altered the map.  The British Mandate of Palestine was divided into Palestine, which was to become the modern Jewish State, and Transjordan (Jordan).

A second anniversary at the end of November is also significant to the formation of the State of Israel: the United Nation’s vote on the Partition Plan.

In 1947, the British government no longer wanted to govern the land of Palestine, a sliver of land between the Mediterranean Sea and the Jordan River.

A partition plan [Resolution 181(II)] was presented to the then newly-formed United Nations on November 29, 1947.  That plan proposed to divide the remaining land of Palestine into two independent states — one Jewish and one Arab.

Jerusalem, however, would remain an international city under the administration of the United Nations, and the Jews would receive primarily arid land in the Negev Desert.

The borders were patchwork and probably indefensible.

The resolution was adopted by the UN General Assembly with 33 in favor, 13 against, and 10 abstentions.

The leaders of the Jewish community in Palestine through the Jewish Agency accepted the resolution.  The Arab community with the support of the Arab League rejected it.

The Jewish People were overjoyed and danced in the streets.  The Arabs protested and fanned the winds of war. 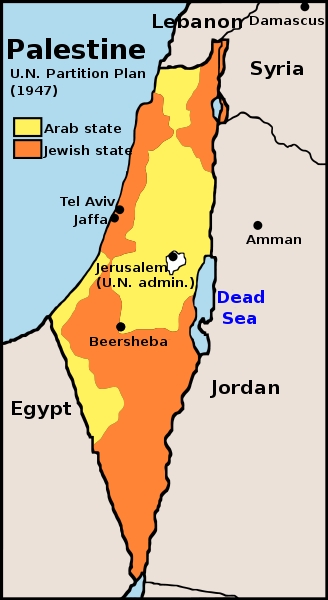 The UN Partition Plan for Palestine

Immediately after the adoption of the plan by the UN, the 1947–1948 Civil War in Mandatory Palestine broke out and the Partition Plan for Palestine was never implemented.

In 1947 in Aleppo, Syria — now famous for its rebellion against the government of Bashar Assad — a pogrom (organized massacre often condoned by officials) erupted.

Seventy-five Jews were killed and several hundred wounded, leading to the exodus of half of the city’s Jewish population. The main synagogue was set on fire and the world’s most ancient Hebrew Bible (next to the Dead Sea Scrolls), named the Aleppo Codex, was thought to have been destroyed.

Most of it was saved, however, and it was hidden away until it could be smuggled out of Syria. It is about 1,000 years old, and most Jewish Bibles are copied and translated from this manuscript. Currently it is housed in the vaults of the Israel Museum in Jerusalem.

The Aleppo Codex is one of the foundational texts in the translation work of The Messianic Prophecy Bible. 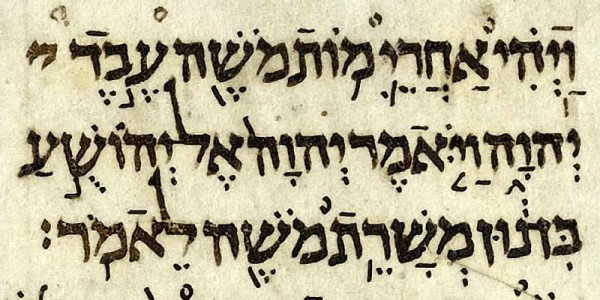 A portion of the Aleppo Codex, with its handwritten text.

The newly-formed Jordan, it turns out, wasn’t satisfied with the vast lands provided on the east bank of the Jordan River.   It wanted the West Bank, as well.

But Jordan wasn’t the only country that had designs on Israel.

When the British Mandate terminated on May 14, 1948, Israel became a nation in one day, thus fulfilling yet another Bible prophecy.

“Who has ever heard of such a thing?  Who has ever seen such things?  Can a country be born in a day or a nation be brought forth in a moment?  Yet no sooner is Zion in labor than she gives birth to her children.”  (Isaiah 66:8)

The surrounding Arab countries (Iraq, Syria, Egypt, Jordan, and Lebanon, as well as Saudi Arabia, Sudan and Yemen) declared war on Israel and the 1948 Israeli War of Independence began. 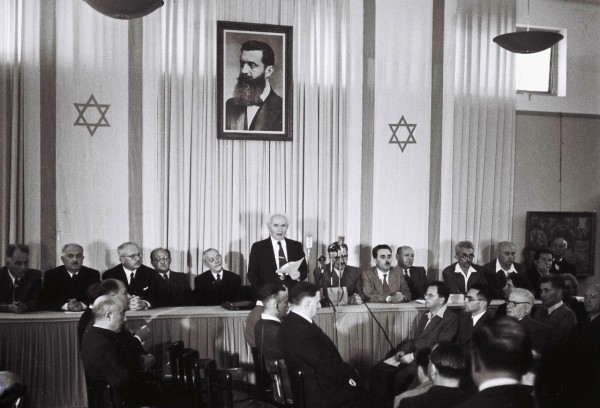 In accordance with the UN resolution, on May 14, 1948, the day before the British Mandate would expire, David Ben-Gurion (First Prime Minister of Israel) publicly declared the establishment of the State of Israel.

In 2011, Palestinian President Mahmoud Abbas said that the Arab rejection of the partition plan was a mistake that he hoped to correct.  (Haaretz)

Abbas, however, prefers to create a de facto Palestine state by pressuring international bodies, such as the United Nations Educational, Scientific and Cultural Organization (UNESCO), to recognize the Palestine state as already existing, rather than work with Israel through a process of mutual negotiations. (Time Magazine)

In 2000, in fact, at a second Camp David Summit, Israeli Prime Minister Ehud Barak offered to grant the Palestinians up to 94 percent of the West Bank and to dismantle 63 Jewish settlements.  The offer was rejected.

The talks failed due to disagreements over the final status of Jerusalem and the Temple Mount and the demand for the right of return of Palestinian refugees. 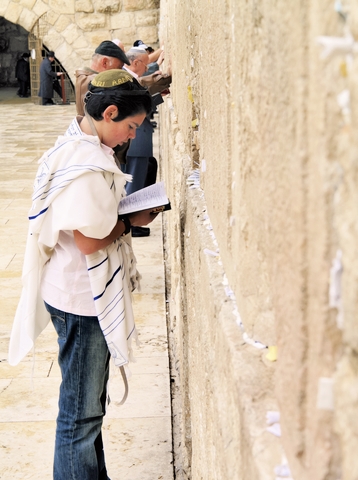 A young man prays at the Western (Wailing) Wall in Jerusalem

“In those days and at that time, when I restore the fortunes of Judah and Jerusalem, I will gather all nations and bring them down to the Valley of Jehoshaphat. There I will enter into judgment against them concerning My inheritance, My people Israel, for they scattered My people among the nations and divided up My land.”  (Joel 3:2)

The Hebrew Prophet Joel clearly indicates that in the Last Days, God will judge the world for dividing the Land of Israel, which is His Land.  We should not be surprised, therefore, to see attempts to divide Israel.

The Balfour Declaration and the Partition Plan had their role in the prophetic fulfillment of Israel’s rebirth as a nation in May 1948.  Every November, when the anniversaries of these two events are celebrated, we should remember that God’s hand is on Israel.

And since the Bible links these events to the end times, the month of November should remind us that we are living in the Last Days, and it is prudent to redeem the time.