Al-Aqsa Sheikh Says Jews Will Be Slaughtered Without Mercy 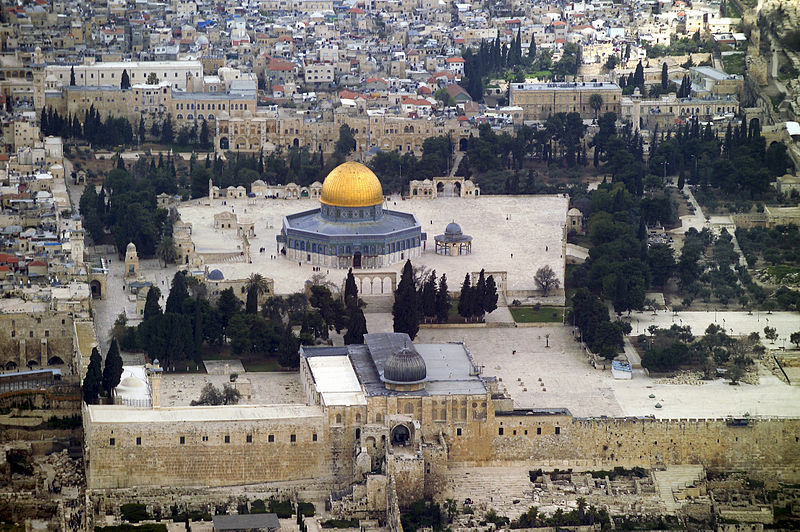 Aerial view of the Temple Mount with the Dome of the Rock and the Al-Aqsa Mosque.

“Instead of them, he will honor a god of fortresses; a god unknown to his ancestors he will honor with gold and silver, with precious stones and costly gifts.  He will attack the mightiest fortresses with the help of a foreign god and will greatly honor those who acknowledge him.”  (Daniel 11:38–39)

Recently at the al-Aqsa Mosque on the Temple Mount in Jerusalem, Palestinian Preacher Sheikh Omar Abu Sara denounced the Jews, calling them the “most evil of allah’s creations.”

“We shall slaughter you [the Jews] without mercy,” he stated.

In a video translated to English last Sunday and published online by the Middle East Media Research Institute (MEMRI) on November 28, Abu Sara incited hatred in the mosque before an audience of 100 or more, telling them that Jews “have become even more vile and evil” than the Jews described in the Quran “to whom every single vile trait has been attributed.”

“They are the most evil creatures to have walked this Earth,” Abu Sara said.  “It was the Jews that allah had turned into apes and pigs.”  (MEMRI)

It was not spur of the moment incitement.  Abu Sara spoke using notes, and the video shows the crowd growing larger as people drawe near to hear the sheikh blame the Jews for “killing 10,000 Muslim prophets” and for attempting to “kill our prophet Muhammad twice.”

“We are living in a time when the battle with the Jews has drawn near, as our Prophet Muhammad was reported to have said: ‘You will fight the Jews until the trees and the stones will say:  ”Oh servant of allah, oh Muslim, there is a Jew behind me.  Come and kill him,”'” Abu Sara said to the audience of men and boys.

“I say to the Jews loud and clear:  the time for your slaughter has come. … we shall slaughter you without mercy,” he declared.

Abu Sara also said, “Loyal and faithful Muslims along with the armies of the state of the Islamic caliphate … will come to liberate the land” of Israel.

The sheikh finished his speech with a prayer to hasten the day of the Jews’ slaughter, answered by the dozens around him, “Amen.”  He also prayed to hasten the establishment of the Islamic Caliphate, and widespread allegiance to it, again to the echoes of “Amen.”

Violence against the Jews on the Temple Mount and in Jerusalem has grown extensively in recent months with clashes often caused by the incitement of Muslim leaders, songs, cartoons, school curriculum, and preachers such as Abu Sara.