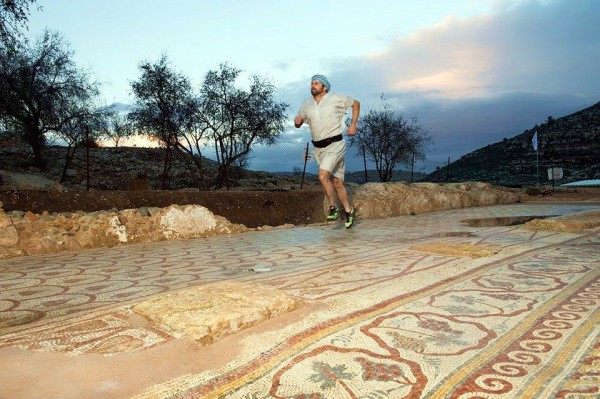 “And there ran a man of Benjamin out of the army, and came to Shiloh the same day with his clothes rent, and with earth upon his head.”  (1 Samuel 5:12)

Earlier this April, around 2,200 Israelis retraced the steps of the Twelve Tribes of Israel when they took part in the first international Bible Marathon.

While many know that the marathon is named after a battlefield from which Pheidippides raced to Athens to report a victory in 490 BC, few realize that the Bible records an earlier run.

Three thousand years ago, a man from the tribe of Benjamin ran 42 kilometers (the official length of the Olympic running contest, determined in 1908 at the London Olympics) from the battlefield at Eben-Ezer to the center of Israeli worship where the Tabernacle was placed—Shiloh.  (1 Samuel 4)

There he told the awaiting High Priest Eli that his sons, who had taken the Ark out of the Tabernacle and into battle, were dead, and the Philistines were in possession of the Ark.

“It is truly amazing, the thought that if only someone had informed the Baron de Coubertin, founder of the 42 km Olympic run, of the Biblical story, then perhaps instead of ‘marathon’ it would be called one of the following: Shiloh Race, Man of Benjamin, or Bible Race,” the Bible Marathon website states. 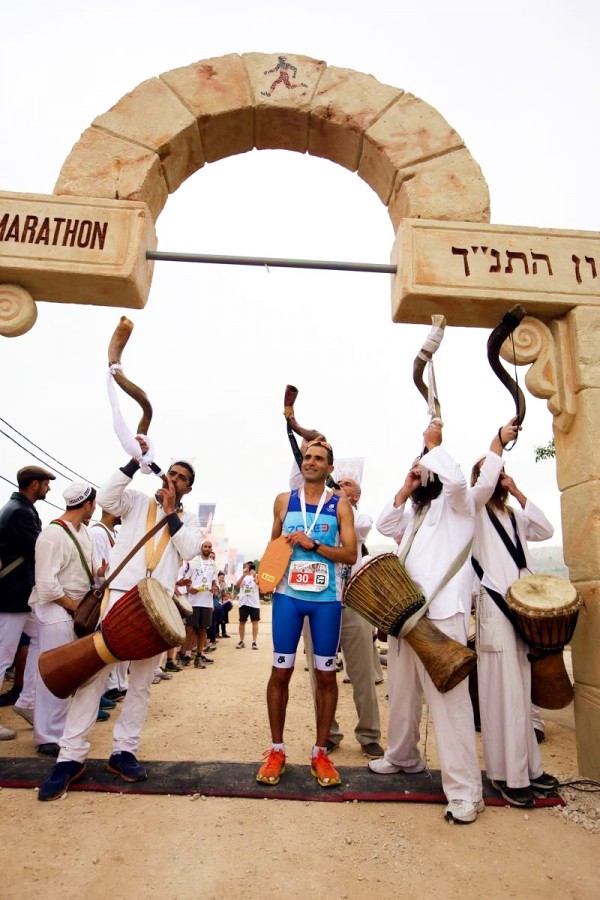 Shofars announce the victory of a Bible Marathon winner.

Yosef Yekutieli, the founder of the Israel Olympic Committee and the Maccabiah Games (the Hebrew Olympics), discovered the Biblical route after the Six Day War in 1967 allowed him access into the area of Shiloh.

The first Bible Marathon took place on the seventh day of Passover, April 9, starting at Rosh Haayin (ancient Eben-Ezer) near the Tel Aviv suburb of Petah Tikvah, and followed the trail of the “man of Benjamin” into Shiloh, which is a small Jewish village in Israel’s heartland of Judea and Samaria, the disputed territories east of Jerusalem.

Included were full and half marathons, and a 15 kilometer (over 9 mile) and 5 kilometer (3 mile) option.  (BIN)

The full marathon race was won by Ariel Rosenfeld in the time of 3:30:14.

The race prompted rights groups to criticize the event since it restricted Palestinians’ movement.  Ironic inasmuch as the first event was based on a battle in which the Palestinians (Philistines) won.  (IsraelHaYom)

Security was tight at the event since two days earlier, a Palestine “lone wolf” assailant was shot dead near the finish line, after stabbing two IDF soldiers.

Other Israeli marathons include the International Jerusalem Marathon, which recently hosted 25,000 runners from around the world.