Hungary has rejected the European Union’s (EU) product labeling for items made in the disputed territories, with the Hungarian Minister of Foreign Affairs and Trade Péter Szijjártó describing the labeling as “irrational.”

“We do not support that decision,” said Szijjártó at a meeting of the Israel Council of Foreign Relations on Monday.  “It is an inefficient instrument.  It is irrational and does not contribute to a solution [to the Israeli-Palestinian conflict], but causes damage.” 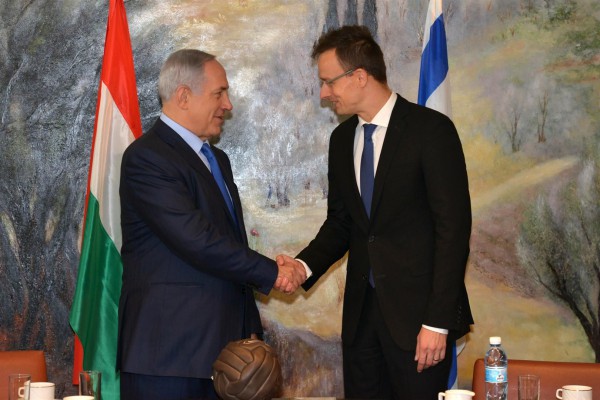 “Thanks for the strong statement you made against labeling,” Netanyahu said.  “It’s the right position and the moral position, and we appreciate it.”

“We have to tell things as they are, especially in a time of crisis, otherwise we can’t come up with a solution,” Szijjártó said at the meeting.

A November 11 Fact Sheet issued by the European External Action Service (EEAS) said it is “incorrect” and “misleading” to label products as “Made in Israel” when they originate in “the Golan Heights or the West Bank (including East Jerusalem).”

The EU insists that it “does not support any form of boycott or sanctions against Israel,” nor does it “intend to impose any boycott on Israeli exports from the settlements.”  Its stated purpose for the labeling is merely to “give consumers the possibility to make an informed choice.”

While it is up to each member state of the EU to enforce this ruling, the labeling becomes mandatory for member states when “such omission causes or is likely to cause the average consumer to take a transactional decision that he would not have taken otherwise.” 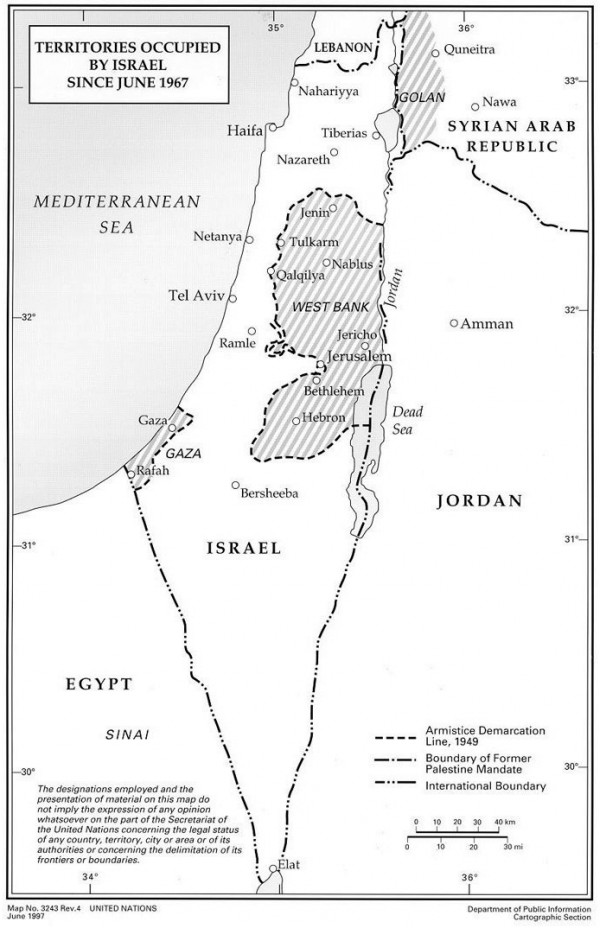 Although this United Nation’s map suggests in the fine print that it makes no judgment about the disputed territories, the title “occupied territories” suggests otherwise.

The irony is that while Europeans are trying to support the Palestinians by choosing not to buy products made in the disputed territories, they are actually limiting the ability of employers to hire and pay decent wages to thousands of Palestinian workers at Israeli companies.  As of 2013, the permit to work quota in these territories reached 23,000.  (ilo)

As well, products from the territories do not receive preferential tariff treatment upon entry into the EU as products made in Israel do, further disabling employers and employees.

Another hypocrisy is that the EU has allowed “Made in Morocco” labels on products developed in territory seized in the Western Sahara by Morocco.  But for Israel, “the EU legislation on indication of origin is very clear: ‘Made in Israel’ used for the products coming from Israeli [residential] settlements or [industrial zones in] the territories would mislead the consumer and therefore is inconsistent with existing EU legislation.”

The EU does not have accurate statistics on the amount of trade imported from the disputed territories but estimates it is less than 1% of the €30 billion in total trade with Israel in 2014:  €13 billion in Israeli exports to the EU and €17 billion in EU imports to Israel.  (eeas)