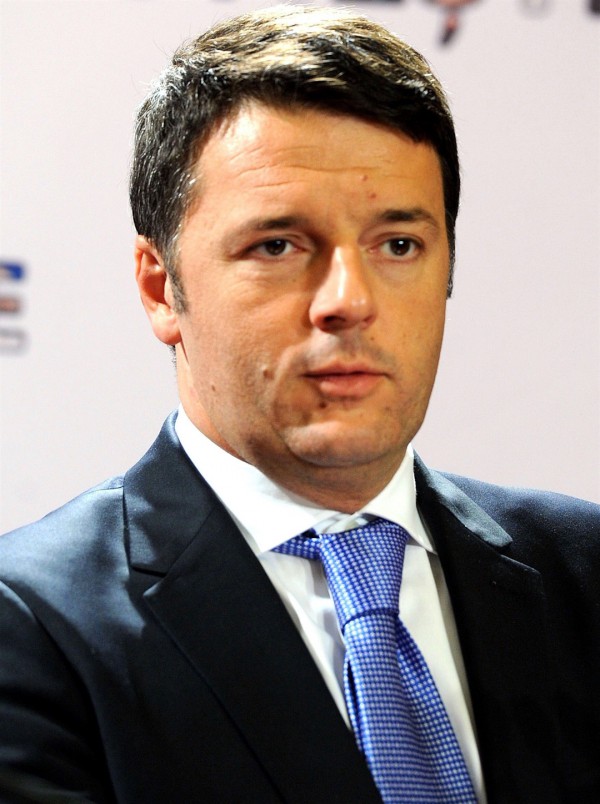 In a speech before the Knesset (Israeli Parliament) on Wednesday, Italian Prime Minister Matteo Renzi aligned Italy with the Jewish state.

“Italy will always stand for cooperation and never for boycotts, which are stupid and futile.  Peace for Jerusalem is peace for the whole world.  Our fate is your fate.  Together we will build a more just world,” he told the Knesset.

Renzi also told the Members of Parliament in attendance that he would tell representatives of the Palestinian Authority, whom he met later in the day, that “to recognize Israel is to recognize reality.”

As well, he rebuked the call of a European think tank to expand boycotts against Israelis and their institutions in territories wrested from Jordanian occupation in 1967.

According to the European Council on Foreign Relations, in addition to targeting businesses operating within Israeli communities in Judea, Samaria and eastern Jerusalem, Europe should cancel tax exemptions for continent-based charities that work with Israelis or Jews in these areas.

The council’s report also seeks to reject university and industry qualifications earned by Israelis in the territories, and would restrict loans and mortgages, as well as isolate banks that are involved with Israelis living in these areas. 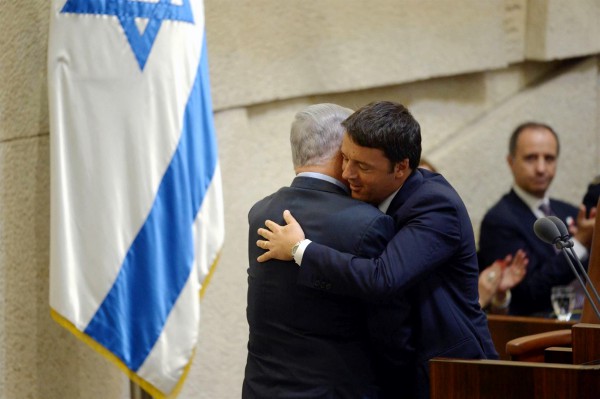 The day before, Renzi visited Tel Aviv University (TAU) to attend an innovation conference launched in cooperation with the Italian Embassy.

Renzi told university representatives that “the Israeli start-up nation … has become for us Italians a model and a close partner.  Israel is a country of growth and opportunity—filled with incredible success stories and great dreamers.  This is a great message for our country; we can share the dream with Israel.”

According to TAU, Italy and Israel have enjoyed “a long history of cooperation,” conferencing and working together in the fields of environment, neuroscience, Italian history, Italian Jewry, Italian art, classics, Mediterranean studies and more.

Meanwhile, the recommendations of the Council, whose ideas have taken root previously in European policy, caused a dive in the capital market for Israeli banks, noticeably more for those with a large overseas presence.

However, a top European Union diplomat doused the fears of investors, citing the council’s influence as bearing no more weight than any other.

“We have no intention of imposing restrictions on Israeli banks that do business in the settlements.  This entire issue is complete nonsense.  This issue has never been considered,” the EU diplomat stated.  “Anyone can publish reports.  It has no basis in reality.  There are no plans for further legislation on this issue except for the plans to label settlement products which are moving forward, but have yet to be finalized.”  (YNet)

Nevertheless, a senior banking representative in Israel responded to the report as a serious threat: “For the European, the settlements include Jerusalem and the Golan Heights, which means that almost all the banks are involved.  It is hard to quantify the threat, but it is dramatic.”  (Globes)

“Pray for the peace of Jerusalem: ‘May those who love you be secure.  May there be peace within your walls and security within your citadels.’”  (Psalm 122:6–7)