“For look, the wicked bend their bows; they set their arrows against the strings to shoot from the shadows at the upright in heart.  When the foundations are being destroyed, what can the righteous do?”  (Psalm 11:2-3)

Since the June 12 abduction of three Israeli teens, more than 150 Gazan rockets have been launched at Israel, resulting in damaged property and emotional suffering in Israel’s south. 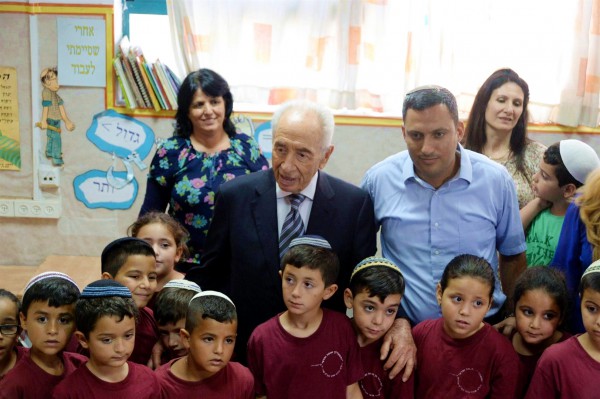 In response to the escalation of rockets within a 24-hour period on Wednesday and Thursday, with about 40 rockets launched at southern Israel, 34 successfully reaching Israeli soil, Israeli Prime Minister Benjamin Netanyahu is said to have given Hamas a 48-hour ultimatum on Thursday night: stop shooting rockets into Israel or face an escalated Israeli attack on Gaza.

“We are looking for calm, not escalation, but if Hamas chooses to act against us, we shall be ready,” said Israel Defense Forces Chief of Staff Lieutenant General Benny Gantz.  (IsraelNationalNews)

Despite the warning, rockets continued to fall on Friday and over the weekend, and residents of the south continue to remain in their safe rooms.  Several Israelis have been treated for shock and others are suffering from anxiety due to the constant rocket attacks. 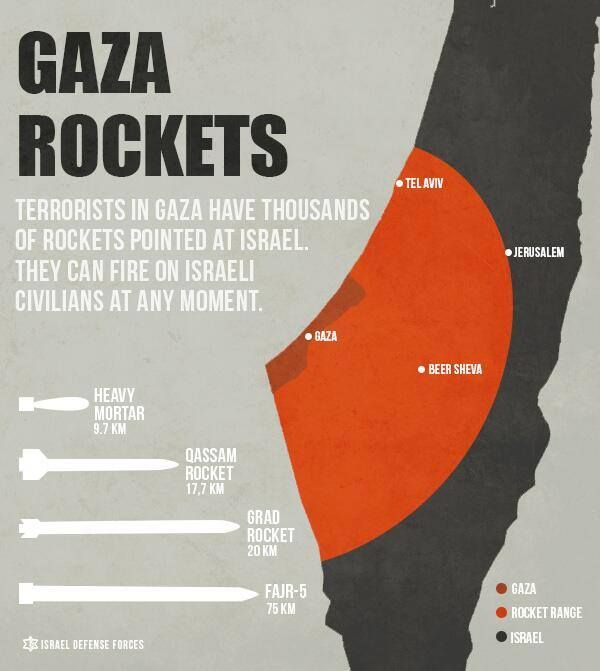 On Thursday, the damage included a summer day camp when a Kassam rocket fired by terrorists hit the building moments before children were set to arrive.

One family called it a miracle that they survived a direct hit to their home, which happened just after they emerged from their safe room to prepare breakfast.

At 8:30 a.m., the Code Red siren went off as Tami Jorno was cooking, and she and her two children barely made it back to the safe room before the house was hit.

She realized how narrowly they had missed perishing when she emerged from the shelter.

“I burst into tears from the fear,” she said.  “If we hadn’t made it into the safe room, I don’t know what would have happened.”  (JPost) 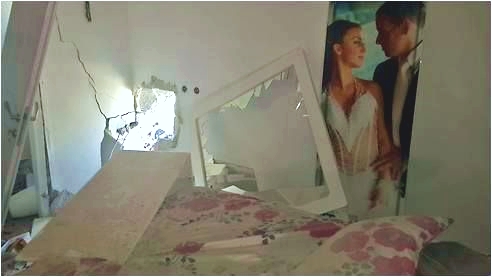 A Sderot family narrowly escaped being injured when they made it to their safe room just before their family home was hit by a Gaza missile.

Also, a rapid grouping of more than 15 rockets Thursday night sliced into targets in the Sderot industrial zone and next to a Sha’ar Hanegev Regional Council kibbutz (communal farm), exploding into flame.  (Times of Israel)

“Four of the rockets landed in urban areas, causing damage to civilian infrastructure and houses,” an Israel Defense Forces spokesperson said, adding that “an IDF soldier was lightly injured by shrapnel after a projectile landed in the Eshkol Regional Council.”

Another rocket a few days earlier, on June 28, burned a Sderot paint factory to the ground at the cost of millions of shekels to the bereft owner.  Four residents were wounded.

Israel retaliated with surgical air strikes targeting weapons manufacturing, warehouses, and launchers throughout the week.  Last weekend, a dozen terrorist targets were hit, including two Al Qaeda-linked members of the Islamic State of Iraq in the Levant (ISIL).  Both terrorists were killed.

Some Israelis are calling for a large-scale military operation in Gaza to end the bombardment.

On Thursday, Hamas warned Israel against launching such an offensive, saying that Israel had not yet seen the kind of conflict that such a move would bring on.  They also told Israel to stop their arrests in Judea and Samaria, which are related to the murder of three teenage boys by Hamas.

“I promise you that one stupid move by your leaders will be enough to make us turn all of your communities, even those you might not expect, into targets and burning coals,” a Hamas Kassam Brigades spokesperson told a Gaza press conference. 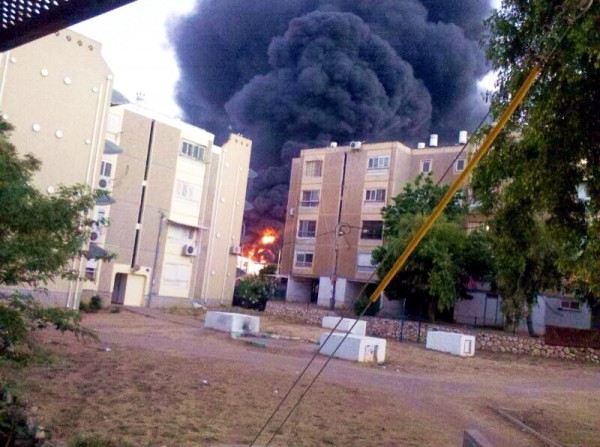 A Sderot factory burns to the ground after taking a direct hit from a Gaza bomb.

Even as other terror groups such as the Al-Nasser Salah Al-Din Brigades claim responsibility for several of the outgoing rockets, Israeli Prime Minister Benjamin Netanyahu issued a reminder that the Palestinian Unity Government with Hamas established June 2 brought such activities under the full responsibility of PA’s Mahmoud Abbas.

“I want to remind you that from the moment the Palestinian unity government was established in collusion with the terror group Hamas, the Palestinian Authority essentially assumed the responsibility of preventing rocket fire into our territory from Gaza,” Netanyahu said.