An Israeli company has developed an outdoor biodigester unit that converts trash into clean, renewable fuel that is set to be a boon to the developing world and environmentalists in Israel and abroad.

The electricity-free HomeBioGas device converts organic waste from the home into usable methane gas for cooking. 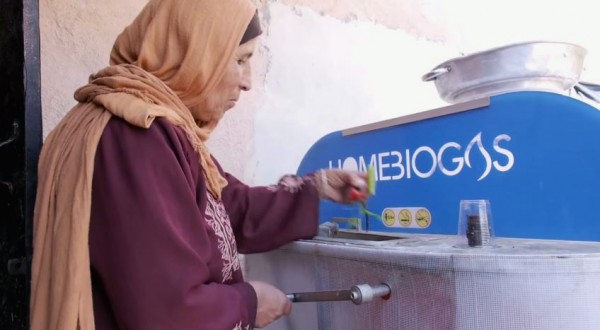 A Bedouin woman places kitchen scraps into the biogas unit.

It can potentially serve the 2.7 million “off the grid” families of the world, as well as the developing countries where the use of coal, charcoal and wood contributes to indoor pollution, which presents health hazards such as  lung disease.

According to the World Health Organization, indoor pollution kills 4.3 million women and children per year.  As well, each year, millions of trees are cut down to be used as firewood for cooking.  (From the Grapevine)

The HomeBioGas machine makes use of hot weather and sunlight to decompose organic scraps—both meat and vegetables—and animal manure.  The unit operates in subtropical and tropical areas where the average day-night temperature stays at or higher than 15°C (59°F).

A chlorine filter and a bio-filter eliminate bacteria and pathogens.  As well, an outlet provides clean liquid fertilizer. 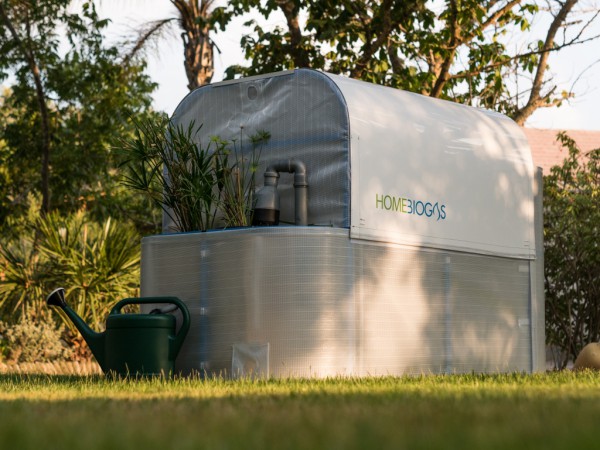 Because the HomeBioGas unit captures methane for cooking, it prevents it from being released into the atmosphere–a distinct environmental advantage.  (Source: Homebiogas)

The HomeBioGas TG, about as large as a pair of dryers, is designed to be aesthetically pleasing and user friendly, with a built-in manual food grinder, dual-function sink that processes food waste and manure, and a water tap for cleaning.

It is “as easy to use as a dish-washer,” HomeBioGas Marketing Director Ami Amir said.

The machine can process six litres (1.6 gallons) of food waste or 18 litres (4.75 gallons) of animal manure, turning them into methane ready for use with BioGas-compatible lighting fixtures and gas cookers—enough biogas to cook three meals a day.

Although it is currently only available in Israel and the Palestinian areas, the company will open to markets in the United States and internationally in August 2015.  At $2,500 per unit, the targeted under-resourced regions will require subsidies from governments and NGOs.  (NoCamels)