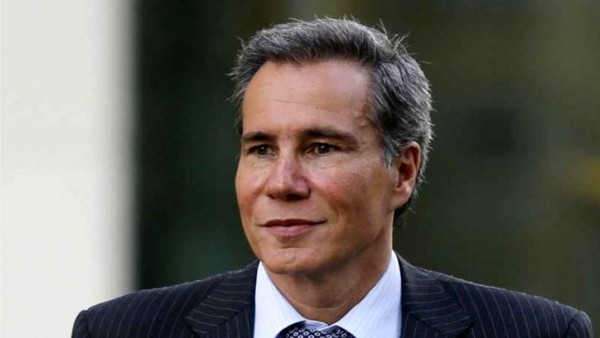 Alberto Nisman, prosecutor in the 1994 bombing of the Buenos Aires Jewish Community Center, was living under constant threats against his life.

“The kings of the earth take their stand and the rulers take counsel together against the LORD and against His Anointed.”  (Psalm 2:2)

The body of Alberto Nisman, Argentina’s special prosecutor in the case of the July 1994 bombing of the Buenos Aires Jewish Community Center, was found in a pool of blood late Sunday.

The bombing of the building owned by the Argentine-Israeli Mutual Association (AMIA) took the lives of 85 people and left over 300 injured.

The car bomb attack has been linked to Hezbollah and Iran and was Argentina’s deadliest ever.

Last week, Nisman had charged President Cristina Fernandez de Kirchner (serving her 2nd term) of obstructing the investigation and attempting to cover up Iranian involvement in the attack.

He accused Kirchner of ordering the impunity of Iranian suspects in the attack in exchange for normalized relations with Iran.  With that normalization in place, Argentina could export grain to Iran and tap Iranian oil supplies that would help reduce Argentina’s $7 billion per year energy gap.  (JPost)

Nisman’s mother found him with a gunshot wound to his head just hours before he was to appear before Argentina’s parliament to discuss his explosive charges at a congressional hearing. 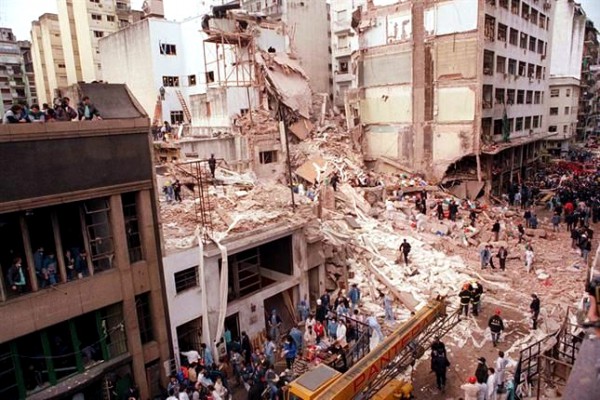 Remains of the AMIA after the 1994 AMIA bombing in Buenos Aires, Argentina.

Israel expressed grief at the loss of this man who was known for his courage, optimism, and integrity.

“The State of Israel expresses its deep sorrow over the tragic circumstances of the death of special prosecutor to investigate the AMIA bombing, Alberto Nisman,” Israel Foreign Ministry spokesperson Emmanuel Nachshon said in a statement.  “Nisman, a courageous jurist of high stature and a fearless fighter for justice, worked with great determination to expose the identities of the attack’s perpetrators and their dispatchers.  The State of Israel hopes the authorities in Argentina will continue Nisman’s activity and make every possible effort to bring to justice those responsible for attacks in Argentina. ”

Although Argentina has suggested that Nisman’s death was a suicide, those who knew Nisman insist he was murdered because he had traced the orchestration of the bombing to Iran. 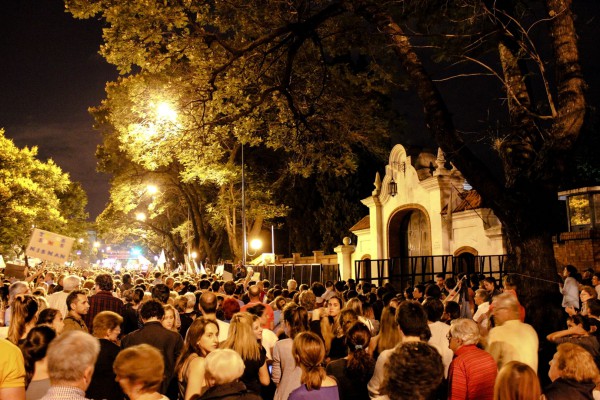 A march in Buenos Aires against Cristina Fernandez de Kirchner for the death of prosecutor Alberto Nisman.

Argentina is the home of a 200,000+ Jewish community, the sixth largest in the world outside of Israel.  The historic mishandling of the case led Cardinal Jorge Mario Bergoglio who is now Pope Francis, to sign a petition in 2005 demanding justice.  He was one of the first signatories on a document called “85 victims, 85 signatures.”

In Nisman’s 300-page complaint, he demands that a judge interrogate Kirchner and Foreign Minister Hector Timerman, as well as members of Argentina’s Intelligence Office, ex-attorney and judge Héctor Yrimia, leader of the Iranian community Jorge “Yussuf” Khali, and other political leaders “for being authors and accomplices of an aggravated cover-up and obstruction of justice regarding the Iranians accused of the AMIA terrorist attack.” 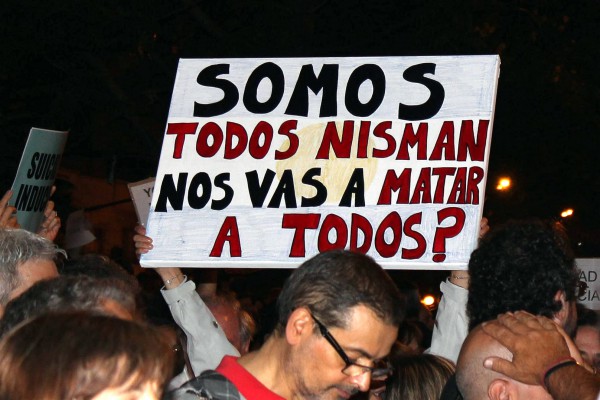 Those protesting the murder of Alberto Nisman carry a sign reading, “We are all Nisman. Will you kill all of us?”

According to the complaint, the President has contrived to divert the investigation so as to “clear the obstacle” to the agreement by freeing Iranians under suspicion of involvement in the attack and fabricating “the innocence of Iran.”  (Buenos Aires Herald)

Government officials called the charges ludicrous.  A federal judge must now decide whether or not to investigate the complaint.  (HaAretz)

The Kirchner government created a joint Argentina-Iran truth commission in January 2013 as a way to accomplish justice in the case, but the lack of progress has led the victims’ relatives to believe that the commission has only been used to protect the perpetrators.

Mohsen Rabbani, Iran’s former cultural attaché in Buenos Aires, and Ali Fallahian, the Islamic Republic’s intelligence minister at the time of the bombing, are among five Iranian officials whom Interpol (International Criminal Police Organization) have issued arrest warrants against for their direct involvement in the 1994 attack.  They, however, have been able to evade extradition to Argentina for years and thus have avoided indictment.  (HaAretz)