“But blessed is the one who trusts in the Lord, whose confidence is in him.  They will be like a tree planted by the water that sends out its roots by the stream.  It does not fear when heat comes.”  (Jeremiah 17:7–8)

A social-media campaign launched this past week in France urging the public to wear a kippah (the Jewish skullcap) in solidarity with France’s Jews.  (JP)

This campaign comes after a Turkish-Kurdish teenager enamored with ISIS stabbed teacher Benjamin Amsellem, who was on his way to morning prayers wearing a kippah last week Monday.

“Remove the kippah during this troubled time until better days,” even if there were “one in 1,000 chance” that doing so would save a life, advised Israelite Consistory (Jewish governing body) of Marseille president Zvi Ammar.

Amsellem already decided the day after the attack to stop wearing his kippah, according to his wife, Mazal.  But the Chief Rabbi of France, Haim Korsia, rejected the advice, tweeting that “we must not cede to emotion.” 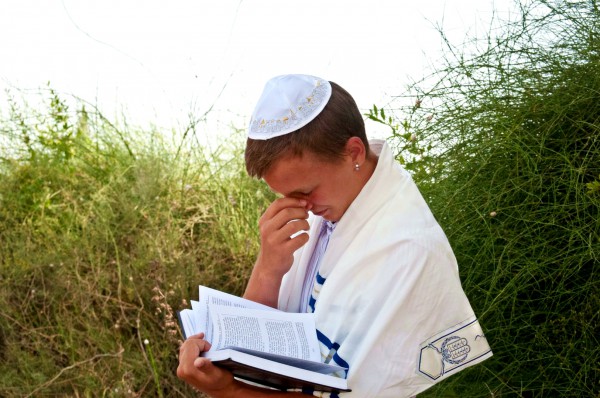 On Wednesday, French President Francois Hollande expressed deep dismay and strongly rejected that French Jews should have to hide their identity.

“It is intolerable that in our country citizens should feel so upset and under assault because of their religious choice that they would conclude that they have to hide,” Hollande said.  (Times of Israel)

Haaretz opinion writer Shirli Sitbon responded in an article, titled, “Get Serious! Most French Jews Have Already Dropped Their Kippah.”

“In some of the safer areas, like within Paris, those who are now abandoning their skullcap believe they’re making a temporary, tactical choice, a small sacrifice that will ensure their own safety until the situation calms down,” Sitbon writes.

“But in several suburbs around Paris, Jews believe that covering their kippah on the street is the only sane choice — and it’s a permanent situation.  For some of them, wearing one is not an act of bravery but a provocation,” she says. 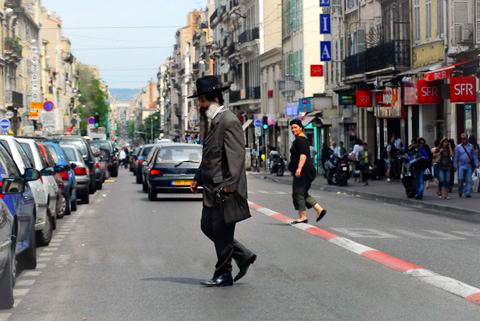 On the contrary, the Chabad emissary in Paris, Rabbi Levi Matusof, says Jewish identity is becoming stronger.  “More and more people in France are seeing lots of Jews walking around with a kippah on in the streets,” Matusof told Arutz Sheva.  “We need to see to it that Jews are able to live in Europe and everywhere else as Jews.”

French Parliament Members Meir Habib and Claude Goasguen also chose to don the kippah on Wednesday at the National Assembly in solidarity with the French Jewish community, despite a secularist prohibition on wearing religious articles in official or state locations, including schools.  (Stand With Us)

The move earned a number of raised eyebrows, according to Arutz Sheva, who quoted sources in the French parliament stating, “It’s not so accepted.”

But Habib said, “We will not accept a situation where people are afraid to express their Jewish identity.  What will Haredi [ultra-orthodox] Jews do?  Shave their beards?  The problem is more general and concerns all of France.”

Habib also asserted that removing one’s kippah would carry a “dangerous message [that we are] surrendering to terrorism.”

Goasguen, who is not Jewish, said he wore a kippah fWednesday:  “I cannot understand or accept that [in] a country like France, a state of human rights, people are killing or trying to kill citizens because of their religion.  Religion does not create a murder, a person does.”