“Can any hide himself in secret places that I shall not see him?  says the LORD.  Do not I fill heaven and earth? says the LORD.”  (Jeremiah 23:24)

Two recently released reports highlight some very disturbing trends that do not bode well for the Jewish community in Europe.

A report released last week by the Anti-Defamation League (ADL) revealed a significant spike in anti-Semitic incidents worldwide in the wake of this summer’s conflict between Israel and Hamas.

This week, the results of a recent European survey carried out by the Rabbinical Center of Europe (RCE) and the European Jewish Association (EJA) revealed that 40 percent of Jews living in Europe are afraid to be identified as Jews. 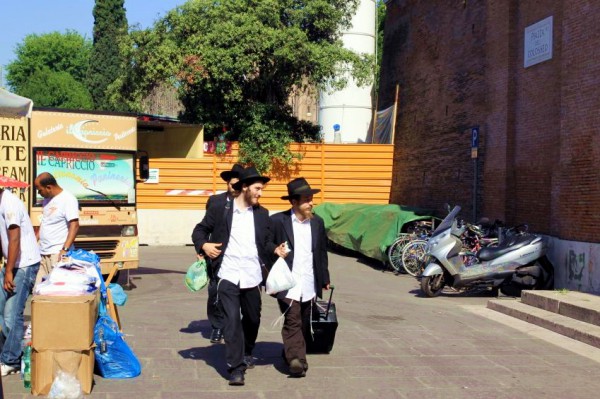 “The rise of anti-Semitism across Europe less than seven decades after the Holocaust is a frightening turn of events.  Synagogues have been firebombed, schools have been targeted and Jews have been attacked on the streets,” said Michael Freund, the founder of Israel Returns, a non-profit organization helping Jews around the world make Aliyah (emigrate to Israel) and adjust to living in Israel.  (BIN)

“The fact that 40 percent of European Jews feel the need to hide their Jewish identity speaks volumes about the sense of fear and foreboding that is gripping Jews throughout the continent,” he added.

Chabad rabbi Menachem Margolin from Brussels, who heads the RCE and EJA, reports that although three quarters of European Jewish children are not enrolled in Jewish schools, the rise in anti-Semitism that occurred during Operation Protective Edge led hundreds of parents to transfer their children to Jewish private schools. 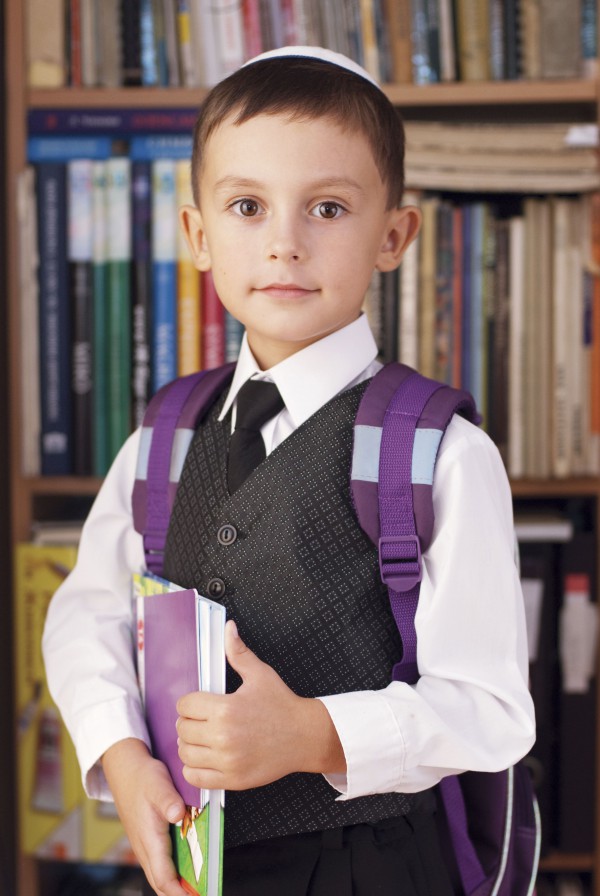 Jewish schoolboy with a kippah on his head visits the library.

Of the 1,353 synagogues in Europe, it is expected that as many as half a million will attend services on Rosh Hashanah (Jewish New Year) this week, while another 1.5 million will continue to hide their Jewishness.

“Twice as many Jews are reported to attend synagogue prayers on Yom Kippur as on Saturdays throughout the year, 70 percent of Europe’s Jews choose not to go to the synagogue during the High Holy Days,” Margolin said.

Margolin listed several factors that are contributing to the pressures being placed on European Jews.  These include the rise of the far right in Europe, together with the spread of Islam and Israel’s Operation Protective Edge in Gaza this past summer.

These pressures include increased public attacks against Jews, greater harassment or threats, and increased demonstrations with more politicians attacking both Israel and the Jews.  (i24)

The data for the RCE / EJA study was gathered from 800 rabbis and RCE members across the continent.

The study also indicates that the intermarriage rate among Jews living on the continent stands at 80 percent.

An earlier study in 2013 performed by the European Union’s Agency for Fundamental Rights showed that as many as a third of European Jews refrain from wearing anything that would identify them as being Jews, including religious clothing.

Even though the study showed that as many as a third of Jews living in Europe are considering moving to Israel, Diaspora Affairs Minister Naftali Bennett said earlier this year that the Jews living in the continent are more likely to cut all ties with Judaism than emigrate to Israel.  (JPost)

Michael Freund, however, said the rise in anti-Semitism is a sign that “the call of the ‘great shofar’ is being sounded, calling European Jews to come home to Zion after 2,000 years of exile.  I pray they will heed its call in time.”

“I will bring you from the nations and gather you from the countries where you have been scattered—with a mighty hand and an outstretched arm and with outpoured wrath.”  (Ezekiel 20:34) 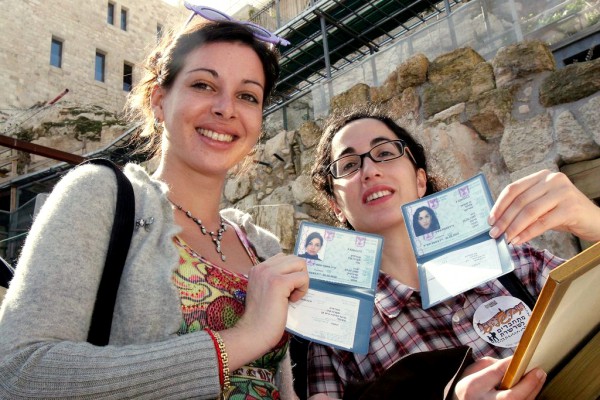 French Jews who just made Aliyah to Israel proudly display their new identification.