“… but it will be said, ‘As surely as the Lord lives, who brought the Israelites up out of the land of the north and out of all the countries where He had banished them.’  For I will restore them to the land I gave their ancestors.  ‘But now I will send for many fishermen,’ declares the LORD, ‘and they will catch them.  After that I will send for many hunters, and they will hunt them down on every mountain and hill and from the crevices of the rocks.’”  (Jeremiah 16:15–16)

France, a nation where Jews are often treated like “second-grade citizens” became the number one source of Jewish immigrants to Israel in 2015. Moreover, European anti-Semitism hit an “unprecedented” level, said Israeli Diaspora Affairs Minister Naftali Bennett this past Sunday.

Israel grew by 7,900 French immigrants last year, more than any other nationality.

On January 25, French Prime Minister Manuel Valls acknowledged at City Hall in Paris that Jewish people are being targeted for hate.

“The Jews are being persecuted again and again, victims of virulent anti-Semitism that is hidden behind hatred of Israel,” he said.

Speaking at a memorial for assassinated Israeli Prime Minister Yitzhak Rabin, Valls said, “France will put forward its entire strength to protect the Jews of France, who are legitimately connected to the land of Israel as they love their country of France, and always look at France as their homeland.”

Earlier this month, Valls shared “a profound conviction: without the Jews of France, France would not be France.”  (Arutz 7) 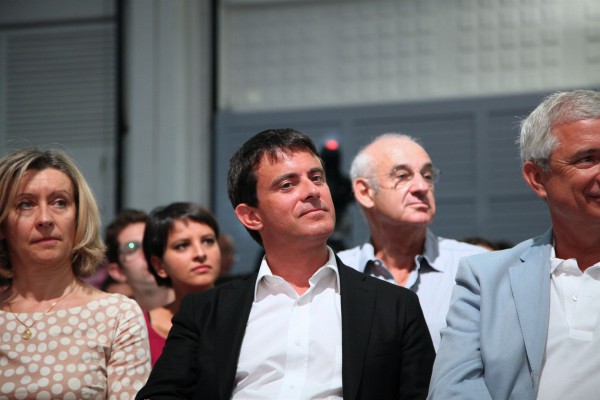 “Anti-Semitism seeks to quietly find a safe place in academic buildings, under roofs of organizations dealing with alleged human rights, and there is a worsening of incitement and hatred,” he said.  (JPost)

Rising trends of violent, global anti-Semitism “represent a significant challenge to the fabric of Jewish life in Europe and beyond … [and are fed by] European Muslims born in Europe and educated in European education systems,” Bennett told the Knesset.

In Israel, French immigrants have found a hub of fellow French-speakers in their first-choice for an Israeli hometown, Netanya.

Located on the Mediterranean coast about 18 miles north of Tel Aviv in the Sharon Plain, Netanya has been called the “French Riviera” as well as the “Israeli Riviera,” where shops, offices, hair salons, and menus sport French fare. 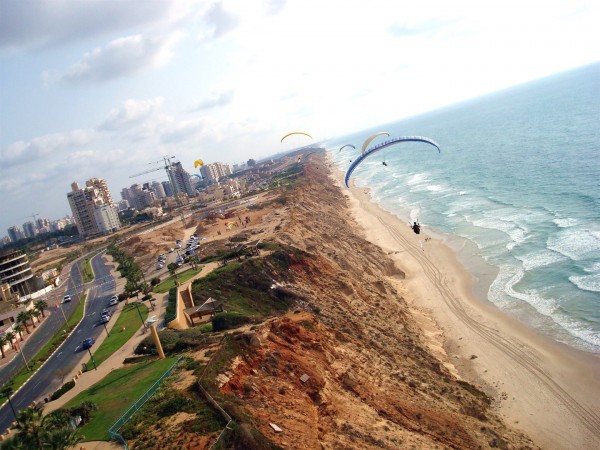 A bird’s eye view of Natanya (Photo by Dany Sternfeld)

In 2014, Netanya and the World Zionist Organization (WZO) hosted an Aliyah (immigration) fair in the city’s Independence Square that included a musical tribute to the French Jewish community.  (WZO)

The city of Ashdod, also located on the coast but south of Tel Aviv about 20 miles, is a popular choice for French-speakers as well, and it is the new hometown of Parisian musician Charly Dahan, who moved to Israel in 2014.

“This is the first time in my life that I am relaxed,” Dahan said in an interview with CNN at Café Lyon in Ashdod.  “In France, I also felt good, but the situation and the current problems … it’s very difficult to live as a Jew in France.”

According to a survey released on January 24 by the WZO, about 67% of Israelis remain concerned for Jews living in the Diaspora (outside of Israel), even though a 2013 European Union study showed that 74% of European Jews hide their identity.

According to the survey, 83% of Israelis showed willingness to invest in incoming immigrants as well as support increasing governmental absorption efforts and employment opportunities for new immigrants — even at the expense of Israeli employment.