“I will invade a land of unwalled villages; I will attack a peaceful and unsuspecting people …  I will plunder and loot and turn my hand against the resettled ruins and the people gathered from the nations.”  (Ezekiel 38:11–12)

While Turkey shudders under President Tayyip Erdogan’s bloody response to a coup against his government, Turkey and Israel continue to work on diplomatic efforts that begun on June 28 with an agreement signed to normalize relations, involving the sharing of intelligence and security information. 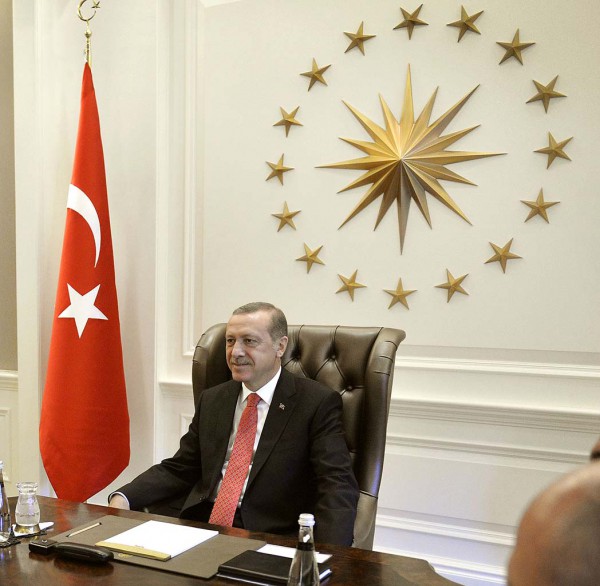 President Recep Tayyip Erdoğan during a meeting, with the presidential seal and Turkish flag

Senior adviser to President Recep Tayyip Erdogan told Channel 2 television that the coup has only helped to spur forward the reconciliation even faster.

Israel and Turkey cut strong diplomatic ties after the 2010 Mavi Marmara flotilla incident, when members of the Israeli Defense Forces approached the vessels, which illegally tried to pass through Israel’s naval security blockade on its way to the Gaza Strip, rather than being processed through the appropriate channels in light of smuggling and weapons’ acquisition by Hamas.

As the Israeli commandos came aboard the Turkish ship, they were attacked.  Eight Turkish nationals and one Turkish American were killed in the onboard battle. 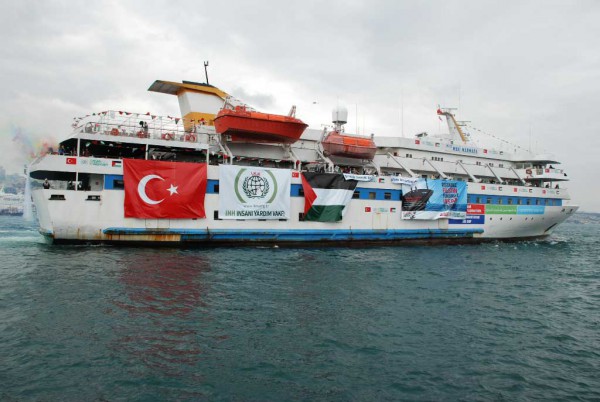 On May 31, 2010, the Turkish MV Mavi Marmara carrying construction materials and humanitarian supplies intended to break through the Israeli security blockade on its way to Gaza.  (Source: Wikipedia CC BY-SA 2.0)

The reconciliation agreement blocks any prosecutions of the Israeli forces who conducted the raid.  Israel also has elected to pay the families of the Turks on board the vessel that their soldiers killed, though in self-defense; Israel has earmarked about $21 million for the purpose.

Turkey will receive Israeli intelligence to help them root out ISIS and other regional terror threats.  As well, Turkey will be allowed to transfer humanitarian aid to Gaza and install a hospital there, after standard security clearances.  (TOI)

For Israel Prime Minister Benjamin Netanyahu, the agreement is rooted in creating strategic regional alliances that increase security against ISIS as well as Iran.  Israel has such an alliance with Egypt as well as an underground relationship with Saudi Arabia.  With the reconciliation, Israel hopes to woo Turkey away from any pending alliance with Iran.

Netanyahu said at a press conference in Rome last month: 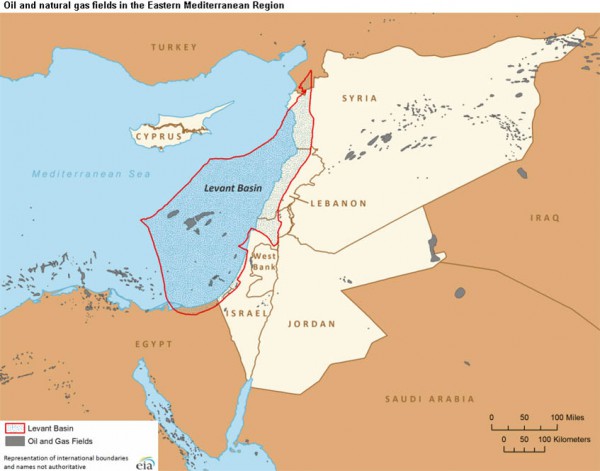 But the agreement is also rooted in economic cooperation:

“This agreement opens the way to cooperation on economic and energy matters, including the gas issue,” Netanyahu said.   “Gas is so important and contains the possibility of strengthening the Israeli economy . . . but we need markets.  Leviathan [gas fields] could supply both the Egyptian market that we intend to work with and the Turkish market as well as the supply of gas through Turkey to Europe, and this is a strategic issue for the State of Israel.”  (MFA)

Israel and Turkey have an ancient relationship that dates back to Abraham and the town of Haran, where Abraham lived until the death of his father.  Ancient Haran is a village today in the province of Sanliurfa, in southern Turkey. 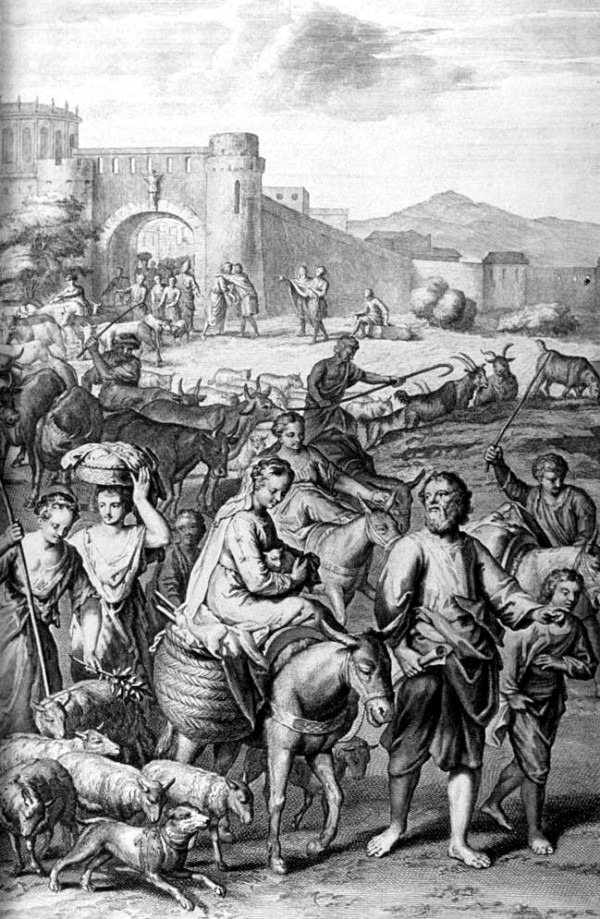 Abram and Lot Depart Out of Haran, by the illustrators of the 1728 Figures de la Bible

Having left “Ur of the Chaldees to go into the land of Canaan,” Abraham’s entourage paused before they reached their destination — “they came unto Haran and dwelt there.”  (Genesis 11:31)

Haran was not only the stepping-stone for Abraham on his way to Eretz Yisrael (Land of Israel), the “Turkish” city also cultivated into adulthood Sarah, Rebekah, Rachel and Leah, all four matriarchs of the Jewish people.

In a Breaking Israel News interview, Dr. Efrat Aviv, a specialist for the Begin-Sadat Center for Strategic Studies and based in Turkey, said that there is a continuum of tension between Turkey and Israel that trails back to the Scriptures.  The Biblical accounts of Jacob in the land of Haran where his uncle Laban tricked him into servitude, point to underlying differences and conflict passed down through the generations.

The Bible also discusses Israel’s conquest of areas that are in present-day Turkey during the days of Kings David and Solomon.

Aviv noted her surprise “that the average Turkish citizen still suspects Israel wants to retake this Biblical territory,” and it is understood by many prophecy watchmen that Turkey will play a significant role in the end-time war of Gog and Magog in Ezekiel 38 — an invasion that is expected to ally Iran, Turkey, and many other nations.  Some believe that Russia will lead this coalition.

Turkey created high tensions with Russia after downing one of its jet in November of last year on its border with Syria.  But, Turkey recently normalized relations with Russia as well, though another incident could easily reverse the tide. 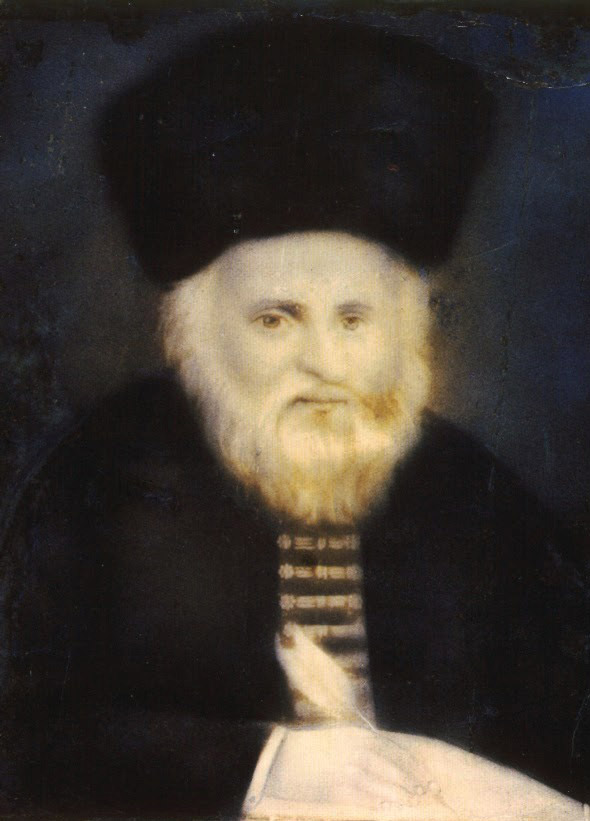 Religious Jews recall a rabbinic prophecy regarding Russia and Turkey:  “We have received a direct teaching, passed down from one to another, from the Gaon of Vilna, (the foremost Torah scholar of the 18th century) that when Russia goes and conquers Istanbul, the capital of Turkey, it is time to quickly put on your Shabbat clothes and expect the Messiah,” Aviv said to BIN.

“The situation we have today, where a total war can break out at any moment between Russia and Turkey, no one could have anticipated this.  As an academic, I am very interested in the situation the prophecy describes.  As a religious Jew, this reinforces my belief in prophecy,” she added.