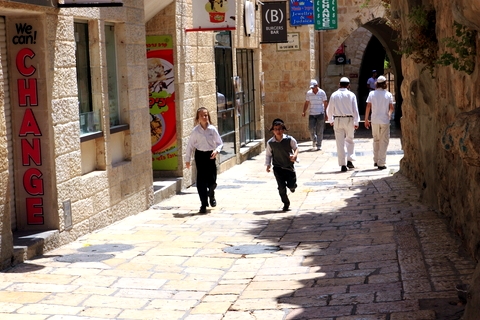 Recently, a local Palestinian community leader speaking at an al-Quds Day rally in Toronto, Canada, said that Jews who refuse to leave Jerusalem should be shot.

“We say get out or you’re dead!  We give them two minutes and then we start shooting.  And that’s the only way that they will understand,” Elias Hazineh, the former president of Palestine House, told a crowd of about 400.

The celebration of al-Quds Day was initiated by the late Iranian cleric Ayatollah Khomeini to press for the “liberation” of al-Quds (Arabic name for Jerusalem).  (JPost)

The rally was held at a park near the grounds of the Province of Ontario capital building.