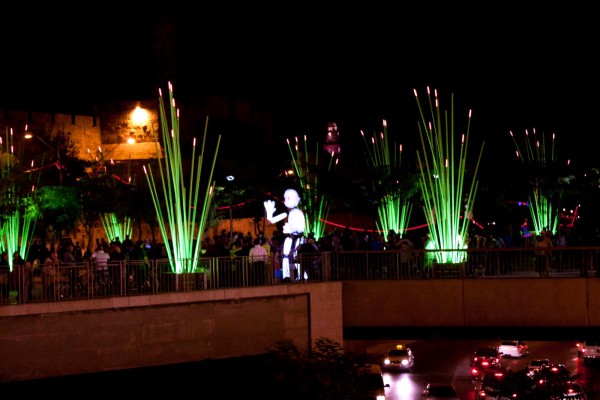 The 7th annual Light in Jerusalem Festival, one of an elite group of international light shows, is mesmerizing visitors through June 11th in the Old City.

Thirty-three projections and free-standing installations line four routes through the Jewish and Armenian Quarters as well as outside walls, mostly from Damascus Gate to New Gate and Jaffa Gate to Zion Gate.

Visual offerings include small scale-displays such as angel selfies and a 3D pixel mapping, video chandelier dancing to music with light and color.

Large displays include a cinematic historical projection along Armenian Patriarchate St. and a video projection against the Damascus Gate walls displaying Israeli children’s concepts of gate (gate to peace, gate to home, gate to the future, etc.).

The illuminated trails and all attractions are free of charge. 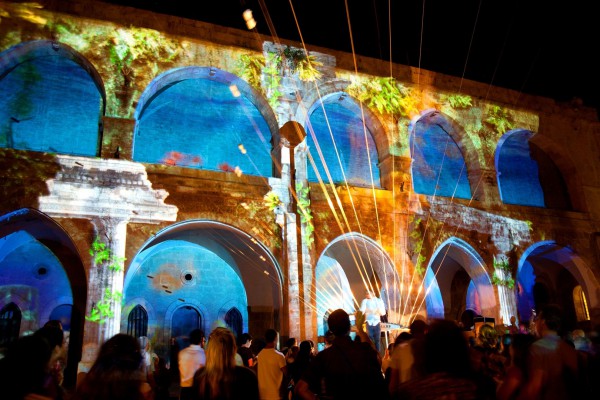 In addition to these light displays, an extravagantly costumed and electrically lit cast roams the Old City, complementing the exterior displays.  A stage performance highlights dancers in programmable LED costumes of light who dance and perform acrobatics.

The festival’s artistic director Eduardo Hubscher told Voice of Israel that this year’s show is expected to draw as many as 300,000 visitors.

Hubscher said that the festival presents a cultural aspect of the Old City, which is apart from its religious or archaeological characteristics.  As well, he says most of the 33 displays come from abroad, and no artist has ever refused to participate in the show in order to make a political statement.

The festival did not go unnoticed by Arab activists, however, who attempted to disrupt preparations last week near the Damascus Gate, which faces East Jerusalem.  They destroyed exhibits and threw rocks at the police who had to use riot gear to break up the crowds. Three rioters were arrested.  (JP) 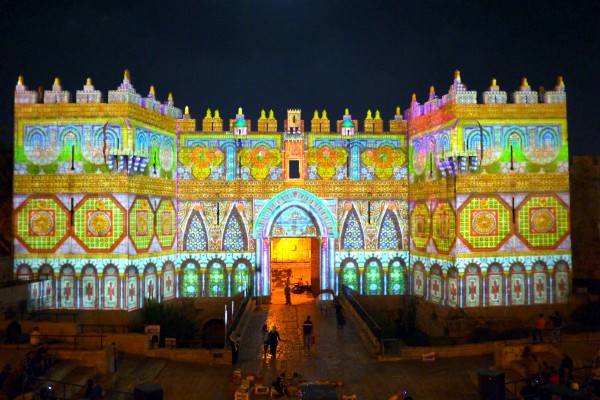 If you miss this year’s exotic attraction, you can still catch the 45-minute 3,000-year time travel light and cinema production displayed by 20 projectors onto the walls under the Tower of David throughout the year for an entrance fee.

Other international events in this historic city include the Jerusalem marathon and Formula One exhibition race.