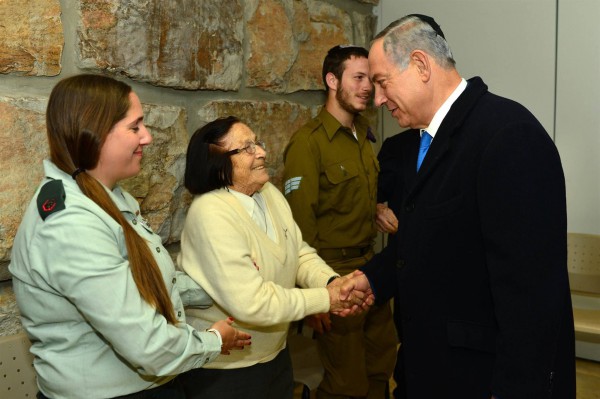 Israeli Prime Minister Benjamin Netanyahu greets Sara Kain, one of six Holocaust survivors who participated in lighting the six torches that represent the six million Jewish people who perished in the Holocaust.

“This is what the Lord Almighty says: ‘Consider now!  Call for the wailing women to come; send for the most skillful of them.  Let them come quickly and wail over us till our eyes overflow with tears and water streams from our eyelids.”  (Jeremiah 9:17–18)

Lies and incitement smoothed the path for the Holocaust, Israeli Prime Minister Benjamin Netanyahu said at the opening ceremony for Yom HaShoah (Holocaust Remembrance Day), which was held at Jerusalem’s Warsaw Ghetto Square.

“What paved the way for the Holocaust?  What oiled the wheels of the Nazi death machine?  The answer is the lie,” Netanyahu said.  “Nazi propaganda portrayed the Jews as the source of all evil in the world, poisoners of wells, parasites, the enemies of humanity.  The defamation preceded the extermination.”

But lies, propaganda, and incitement against the Jewish people did not die with Hitler in his bunker, Netanyahu said.  Today, slander and libel against the Jews are now being spread via a very efficient means: social media — a way that “Hitler and Goebbels [his propaganda chief] could not have imagined.” 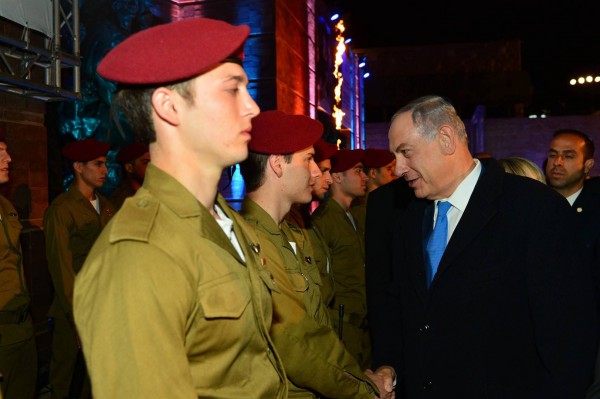 “British MPs, senior officials in Sweden, public opinion makers in France,” he listed.  “I must say that anti-Semitism in our days is creating odd combinations — the elites who allegedly represent human progress joining up with the worst barbarians on Earth, those who chop off heads, persecute women, oppress gays, destroy cultural treasures.”

Even UNESCO’s recent denial of the Jewish connection to the Temple Mount in Jerusalem is an act of “willful ignorance” and represents an “addiction to lies and its dissemination to the world until it is accepted as fact.”

“Pay attention to what is going on here,” he cautioned.  Even though UNESCO is “an international organization charged with preserving history,” it is rewriting “one of the basic facts of human history.” 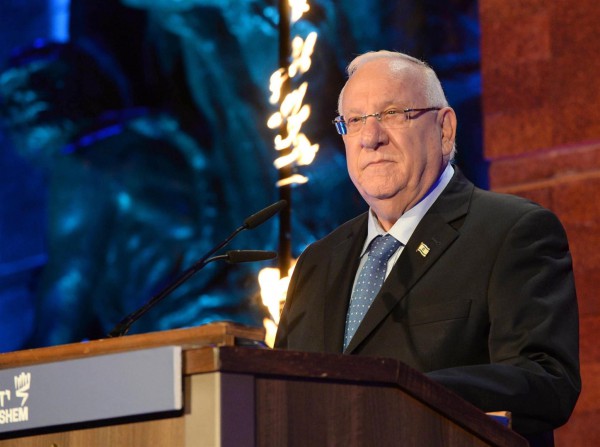 At the Yad VaShem ceremony, Israeli President Reuven Rivlin promised that Israel would continue to fight anti-Semitism “by ensuring, first and foremost, a homeland and Jewish army that protects this surviving nation.”

He also asked Holocaust survivors for forgiveness for the state “not doing enough” on behalf of survivors living in Israel.

“We have to admit; we were wrong.  The Holocaust survivors have never received the respect they deserve.  Even today, and until today, the State of Israel is not doing everything in its power to care for the Holocaust survivors,” Rivlin said, calling for some soul-searching.

“My brothers and sisters, the Holocaust survivors, the heroes of our nation, I came here today on my behalf, on behalf of all the people of Israel and the State of Israel, to ask each and every one of you, before it is too late, for forgiveness,” he added.  “We did not understand, did not want to understand; we did not do enough.”