Hanukkah: From Weakness to Strength, Darkness to Light, and Lack to Plenty 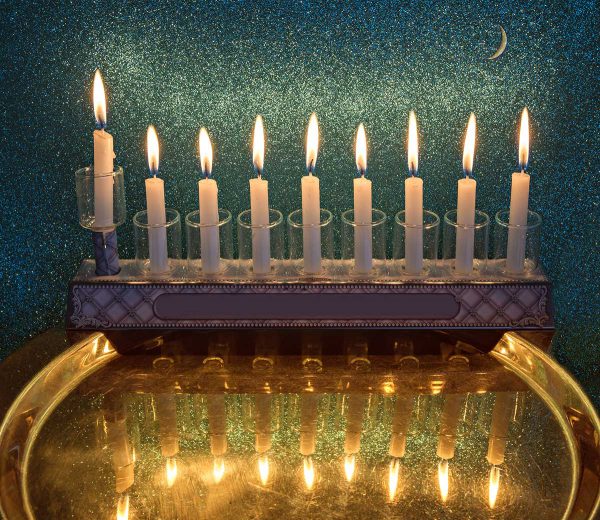 A Hanukkah menorah (hanukkiah) with all eight candles lit for the eighth night of Hanukkah.

“And what more shall I say?  I do not have time to tell about Gideon, Barak, Samson and Jephthah, about David and Samuel and the prophets, who through faith conquered kingdoms, administered justice, and gained what was promised; who shut the mouths of lions, quenched the fury of the flames, and escaped the edge of the sword; whose weakness was turned to strength; and who became powerful in battle and routed foreign armies.”  (Hebrews 11:32–34)

Today is the final day of Hanukkah.  Last night the hanukkiah (Hanukkah menorah) glowed with all eight lights representing the miracle of a single vial of oil lasting a full eight days.

We celebrate Hanukkah in remembrance of the historic victory of the Maccabees over the Seleucid Greek Emperor Antiochus IV and those who desecrated the Temple, making it into a pagan shrine.

Part of the wonder of Hanukkah is that this small, untrained force was able to defeat the most powerful army on earth at that time.

Another is that when the Maccabees rededicated the Temple, the one-day supply of consecrated oil used to relight the Menorah miraculously continued to burn the entire eight days necessary to produce additional consecrated oil.

God honored the efforts of the Maccabees to restore the Temple, taking what little oil they had and making it last an impossibly long time. 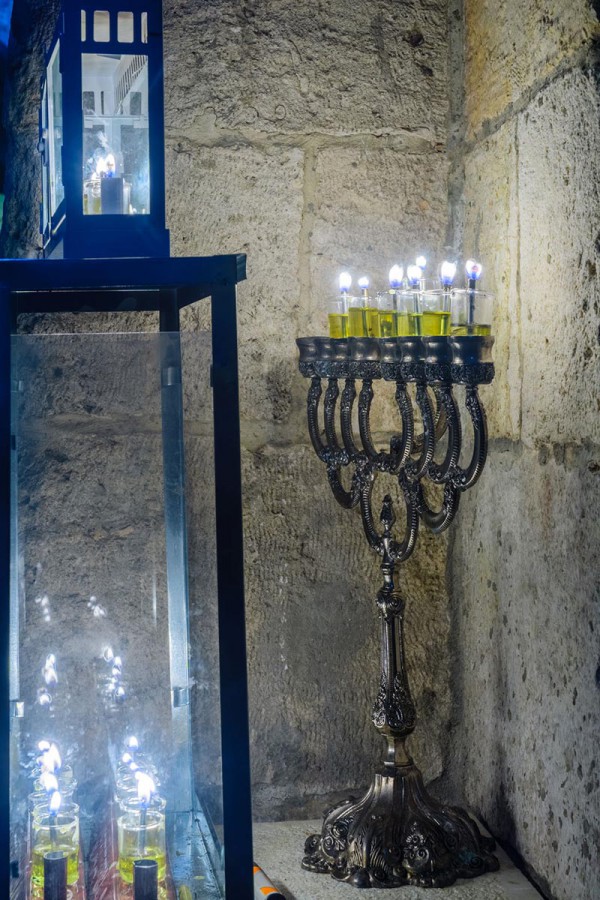 As well, the Bible tells us that oil was miraculously extended in the case of the widow at Zarephath (1 Kings) and the wife of a prophet (2 Kings).

In the case of the widow at Zarephath, the Lord orchestrated a divine appointment with the Prophet Elijah during a drought.

He told Elijah that He had directed a widow there to supply him with food.

When Elijah arrived and found the woman, he requested water and bread.  She told him that she only had a handful of flour and a small amount of oil.  Elijah reassured her, saying, “The jar of flour will not be used up and the jug of oil will not run dry until the day the Lord sends rain on the land.”  (1 Kings 17:14)

Just as Elijah promised, the woman, her family, and Elijah had enough food every day until the land once again began to grow produce.

Elijah’s successor, Elisha, also helped a widow who only had a small jar of oil.  The woman’s husband, a prophet, had died and the creditors were demanding her sons in payment.

Elisha told her to ask all her neighbors for empty jars and then go home and pour oil into all the jars until they were full.  Then he directed her to sell the oil, pay her debts, and live on what was left.

Likewise, we, as Believers in Yeshua (Jesus), have many times experienced God’s grace in our lives in ways that resemble a small supply of oil lasting beyond all expectation. 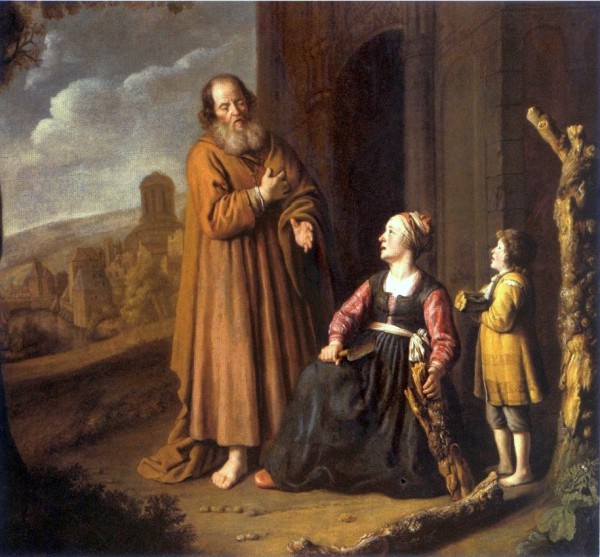 Elijah and the Widow of Zarephath, by Jan Victors

Corrie ten Boom and her sister, perhaps, experienced such a miracle.  The Nazis forcibly and illegally interned them at Ravensbrück concentration camp for women during World War II.  What was their crime?  The ten Boom sisters had hidden Jews in their home during the German occupation of Holland in World War II.

In her 1971 book, The Hiding Place, Corrie describes how her sister Betsie had managed to bring to the concentration camp a small bottle of vitamin drops.  Although she needed those few drops as much as anyone in that camp, Betsie never refused anyone and willingly shared the drops with all who asked.

Miraculously, and beyond all comprehension, the drops continued to emerge from this small bottle, weeks after the bottle should have been naturally emptied.  (The Hiding Place, chapters 12–13)

It is worth recounting some of the miraculous activities associated with the lives of these two women. 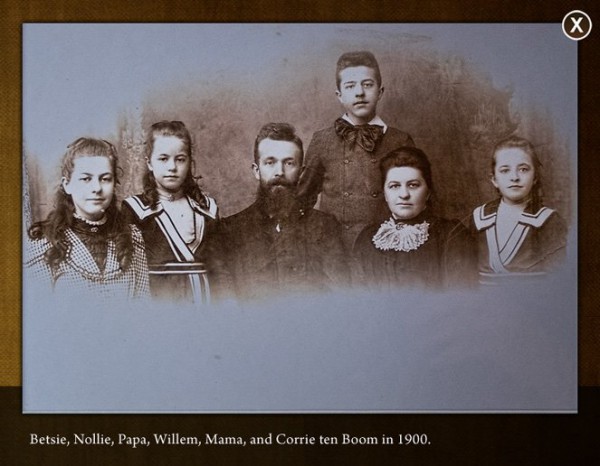 Corrie, who died in Orange County, California on her 91st birthday, tells in The Hiding Place, of secret worship services they held at Ravensbrück, which brought light to that dark place.

“Either Betsie or I would open the Bible.  Because only the Hollanders could understand the Dutch text we would translate aloud in German.  And then we would hear the life-giving words passed back along the aisles in French, Polish, Russian, Czech, and back into Dutch.  They were little previews of Heaven, these evenings beneath the light bulb.”

Betsie was the older sister and in poor health.  She died in the camp.  Her last words to Corrie were, “…[we] must tell them what we have learned here.  We must tell them that there is no pit so deep that He is not deeper still.  They will listen to us, Corrie, because we have been here.”  (The Hiding Place; 1971, p. 217)

Corrie escaped Ravensbrück due to a clerical error days before all of the women of her age group were sent to the gas chambers.

In the years following the war, she traveled the world, telling her story of survival.  In a way, she is a living representative of the hanukkiah (the Hanukkah menorah) — the light that continues shining in the darkness and the miracle of God’s provision. 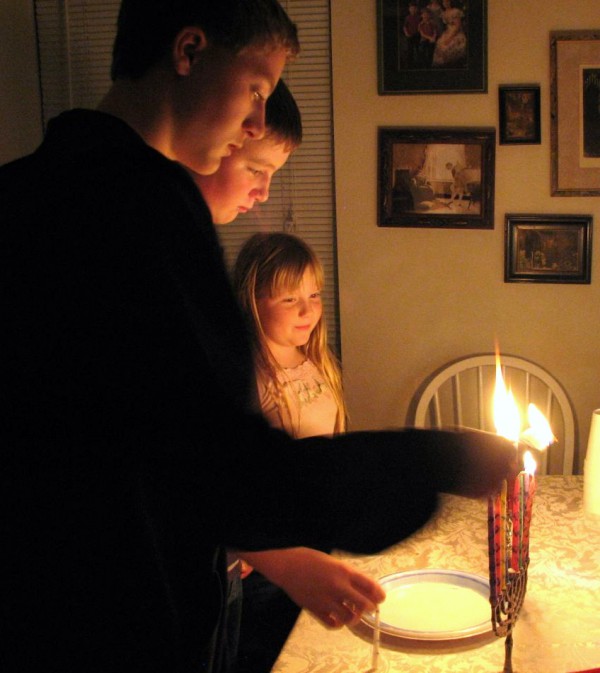 Victory in Our Weakness

Just as Corrie ten Boom, a middle-aged woman in her fifties, was able to stand up to the mighty fascist German Nazi system, surviving decades after she was ground into the dust, so, too, the story of Hanukkah and the Maccabees reminds us of how the God of Abraham is able to take a weak force, and in confrontation with what was then the strongest army in the world, give them a miraculous victory.

Likewise, Gideon in the Book of Judges, a simple farmer with no military training, “the least in my family,” (Judges 6:15) was able to defeat the mighty Midianite army that had joined forces with the Amalekites and other nations.

In Gideon’s case, God pared down his force of 33,000 fighting men to 300.  He did not want Israel to mistakenly think that their own power had delivered them, so He used a small army to reveal His strength.

When the 300 blew their shofars and held up their torches, the Midianite soldiers turned on one another with their swords. 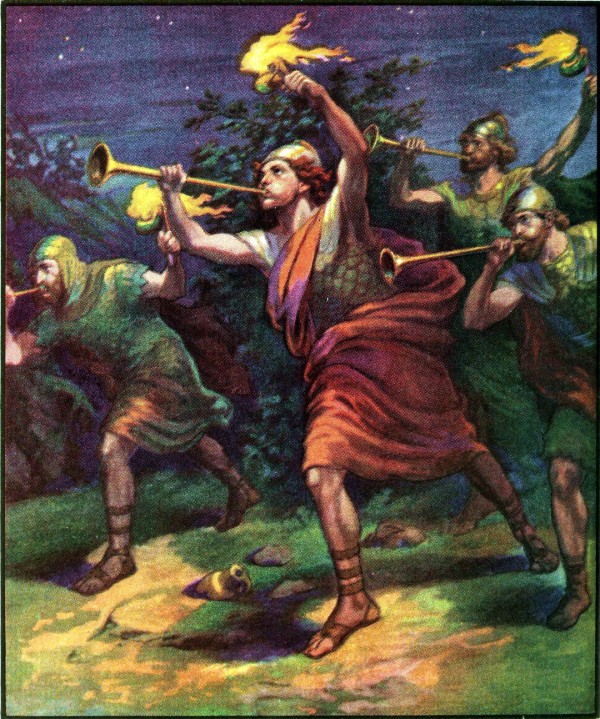 Gideon and the Trumpets (1919 Bible Primer)

Adonai has also helped the Jewish People to stand in these last days against armies more powerful than their own.

Beginning with the formation of the state and the 1948 War of Independence, the modern nation of Israel continuously reveals that God can give us victory even when our own natural strength is inferior to the enemy’s.

For instance, when five Arab nations joined forces to defeat the young nation, they were defeated themselves.

The same thing occurred in 1967 when Egypt, Jordan, Syria and other Arab nations joined forces to destroy Israel and were pushed back, losing some of their land to the Jewish state.

In the Yom Kippur War of 1973, there were days when all seemed lost, but at the cost of thousands of Jewish lives, through perseverance, the Israel Defense Forces managed to form a bridgehead and cross the Suez Canal onto the West Bank.  They eventually surrounded Egypt’s third army, cutting them off from all supplies.

Highly outnumbered, lacking not only men but also planes and weapons, Israel managed once again to survive.  More and more Israeli soldiers began to see the hand of God working in their favor. 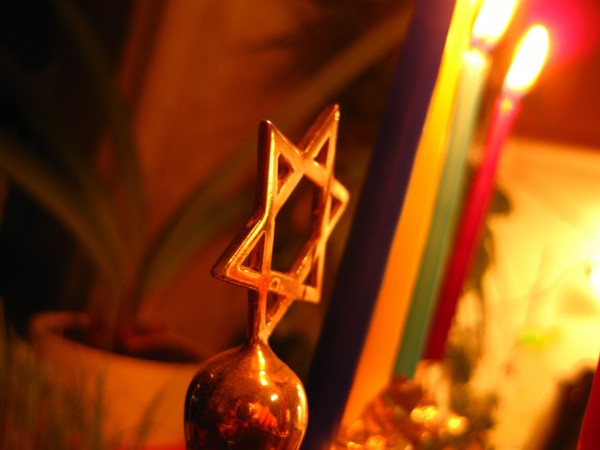 Hanukkah lights and Star of David

Yet, God usually does not work solo.  He often wants us to take the first step before He steps in.

This principle is illustrated by the rabbis in a Midrash (extra-Biblical story) that says the Red Sea did not actually part for Moses until Nahshon, the military leader of the tribe of Judah, walked into it up to his head.

Similarly, Peter had to step out of the boat to join Yeshua before he experienced the miracle of walking on the water (Matthew 14:22–33).

Regardless of our status or circumstances, when we operate in faith despite our own weakness, God steps in and does the rest.

As Paul wrote to the Corinthians, “That is why, for Messiah’s sake, I delight in weaknesses, in insults, in hardships, in persecutions, in difficulties.  For when I am weak, then I am strong.”  (2 Corinthians 12:10)

Corrie recalls how her soul survived the brutality of the Nazis in her frail body: “Betsy and I were prisoners for the Lord, we were so weak, but we got power because the Holy Spirit was on us.  That mighty inner strengthening of the Holy Spirit helped us through.”  (Corrie Ten Boom personal letter, 1974) 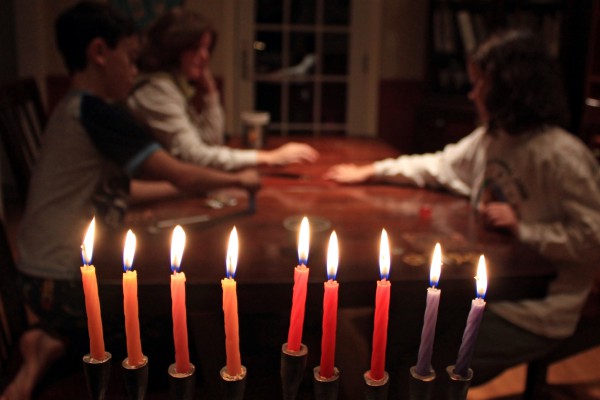 The Miracle of Light

In this end-time age, the forces of darkness seem ever present.  The message of Hanukkah is timely and reassuring.

Like the Maccabees, on our own we are no match for the enemy of our soul.

Despite that, we know that nothing can separate us from the love of Messiah and that when we are in Him, we are strong.  When we go forth in faith, depending on His strength instead of our own, He will give us a victory no one thought possible.

To act in faith, we don’t have to wait until we are strong, for He will make us strong despite our weakness.  Neither do we have to wait until we have prospered in some astounding way.  Like the widows in First and Second Kings, we can use what little we have, knowing that God will take care of us, providing for our every need.

God can take our small amount of oil and make us lights shining in the darkness of this present age.

“For you were once darkness, but now you are light in the Lord.  Live as children of light.”  (Ephesians 5:8)

Parasha
Why Is the Third Temple Important?