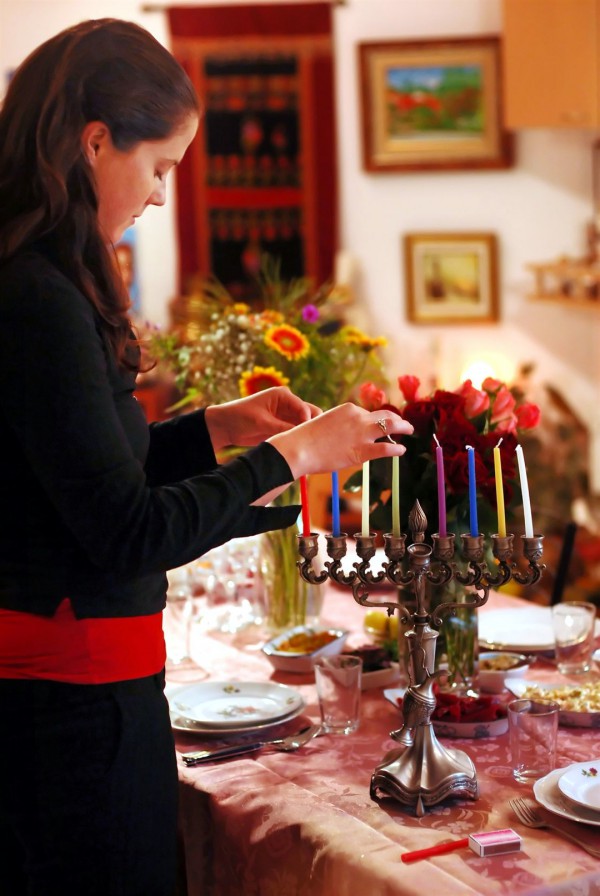 A Jewish woman prays before lighting the Hanukkiah.

“Neither do people light a lamp and put it under a bowl.  Instead they put it on its stand, and it gives light to everyone in the house.  In the same way, let your light shine before others, that they may see your good deeds and glorify your Father in heaven.”  (Matthew 5:15–16)

On Sunday night, Israeli Prime Minister Benjamin Netanyahu lit both the shamash (helper) and the first-day candle in a public ceremony at the Western Wall’s men’s section.  At the same time, about 100 women joined together in the women’s section with 20 menorahs, including a communal candlestick.

Because they are women, they were sidelined from the Kotel Plaza’s state candle-lighting ceremony.

Israel’s attorney general had made an attempt earlier in the week to include women in the ceremony.  Women’s participation was orchestrated by the Women of the Wall group, which has long fought for women’s Jewish-practice rights at the holy site.  However, only when Zionist Union MK Ksenia Svetlova intervened  did security guards allow the women’s candlesticks in.  (Forward)

Assistant Attorney General Dana Zilber told Western Wall and Holy Places administrator Rabbi Shmuel Rabinowitz last Monday, “Preventing women from participating in national ceremonies is wrongful discrimination and we request that you ensure this fact is not taken for granted and that steps are being taken to include women in the national candle-lighting ceremony on this coming Hanukkah at the Western Wall.” 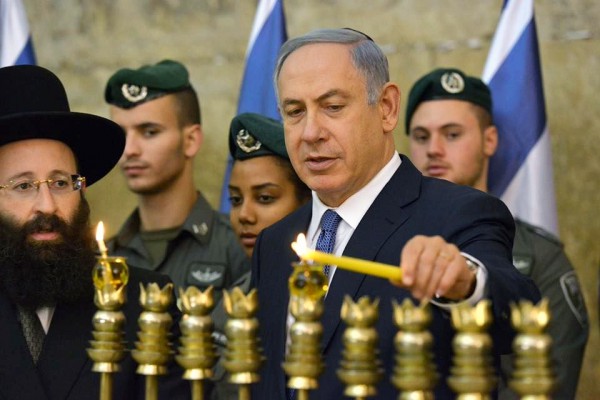 Rabinowitz opposed the attorney general’s integration order on the basis that women wanting to have a “non-Orthodox” candle-lighting ceremony, should do so in the Ezrat Yisrael section of the wall several yards south near the Rambam Gate.  Built in 2013, women and men, Reform and Conservative Jews can worship there together.  (Arutz Sheva)

Rabinowitz said that last month he invited “several” women government officials in response to the attorney general’s demand, but “to my regret, they are exploiting my wish to bring peace to the Kotel to undermine and harm the delicate balance.”

“Despite Rabbi Rabinowitz’s ridiculous regulations and despite the police’s shameful attempts to keep us out, we entered and held a candle-lighting ceremony where women were full participants,” Svetlova said.  “The Western Wall belongs to the entire Jewish people, women and men alike, and the time has come for real equality — at the Kotel, in the Rabbinate and beyond.”

Despite this sidelining of the women by Rabinowitz, women historically have had a special part in the observance of Chanukah and are considered to be part of the Chanukah miracle. 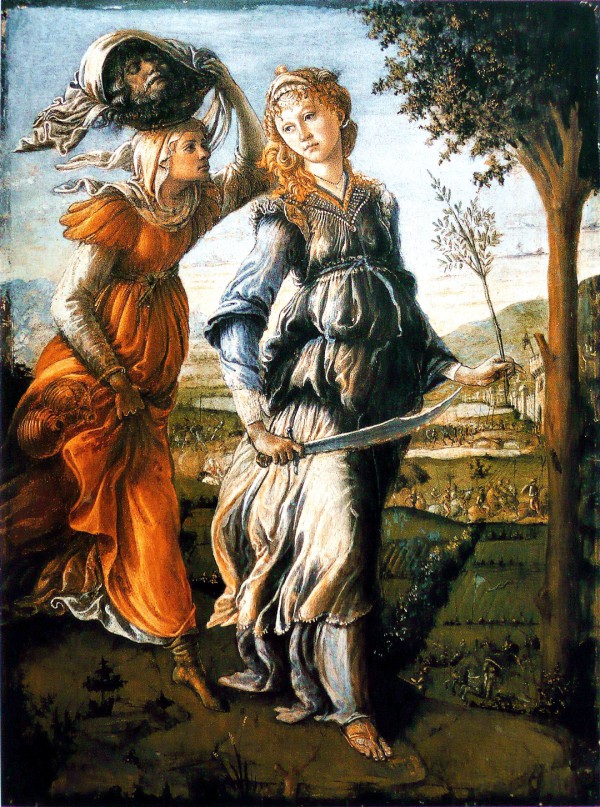 Return Judith to Bethulia, by Botticelli

In chapter 7 of the second Book of Maccabees (an Apocryphal book) the story of a mother named Hannah and her seven sons reveals that Antiochus IV promised not to kill her sons if they would pay homage to an idol.  Six of the sons refused and perished.

Antiochus attempted to persuade Hannah to urge her youngest son to comply with his offer so that she would not lose her last son.  But this brave woman refused.  Her son was killed and she threw herself into a fire.

The Book of Judith, yet another book in the Apocrypha, is thought to be linked to Chanukah, as well.  It is customary for women to refrain from working while the Chanukah lights are burning in honor of Judith, daughter of the High Priest and aunt of Judah the Maccabee.

Judith pretended to acquiesce to the Greek ruler’s desire for her; she wined and dined him until he became drunk and fell asleep.  Once he was asleep, she beheaded him; his soldiers fled when she displayed his severed head above the city walls.

Because of her heroic acts, some Sephardim dedicate the seventh Chanukah light to women while singing songs praising Hannah and Judith.