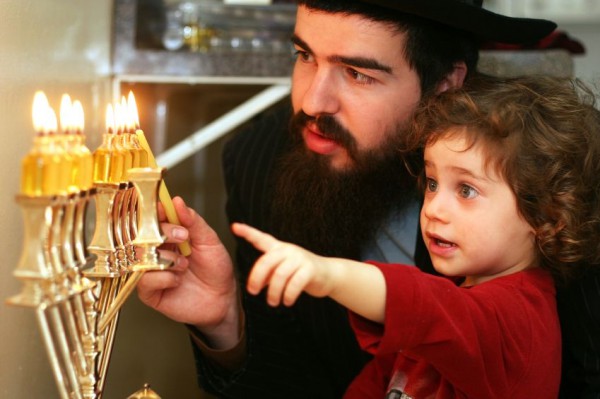 An Orthodox Jewish father and son admire the light of the Chanukah menorah.

“Command the Israelites to bring you clear oil of pressed olives for the light so that the lamps may be kept burning.”  (Exodus 27:20)

Today in Jerusalem, a modern-day Hanukkah miracle is taking place.

The Temple Institute and the Association of Temple Movements are taking an historic step in the resumption of the Divine service in the Third Temple.

The first pure oil for the Temple Menorah in 2,000 years is being unveiled today in Jerusalem on the seventh day of Hanukkah.

The Temple Institute called it “an unprecedented step toward the resumption of Biblical purity in our time and a true Hanukkah miracle.”

Four and a half liters of the pure oil were produced according to precise Jewish laws, which required that no fertilizer or metal compounds were found in the olives or the oil vessel.  (JPost) 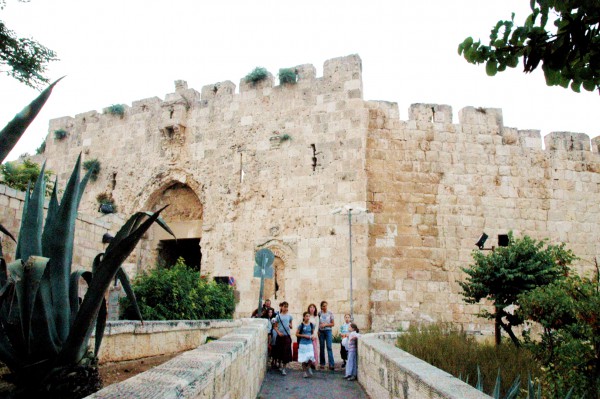 A procession will begin at 5:30 p.m. Monday night at the Zion Gate and meet at the Golden Menorah near the Western Wall Plaza at 6:00 p.m.  At 6:30 p.m., the holy oil will be deposited at the Temple Institutes’ Holy Temple Visitors Center. 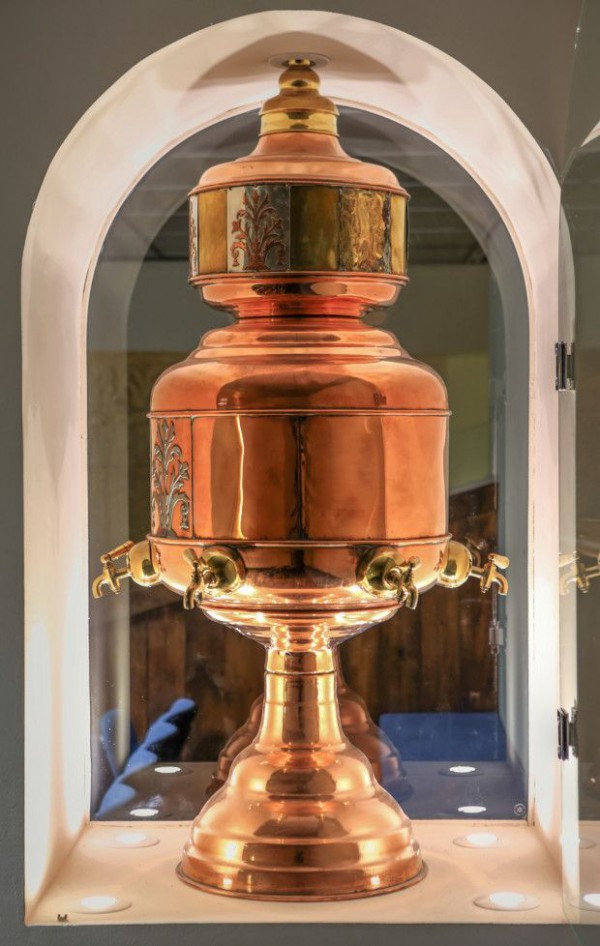 The copper laver fit and ready for use in the third Holy Temple.

The Temple Institute will also dedicate its new prototype altar and the copper laver.

The lighting of this pure oil is considered the next step in the rebuilding of the Holy Temple in our time.

“Hanukkah is a battle for our Jewish home.  Unlike Sukkot (when we leave our homes), on Hanukkah, we bring the light of the Temple into our homes.  These Temple projects show that it is the will of the Jewish people to stand up for authentic Jewish values.

“It’s demonstrating that it’s real, it can be done—the miracle is that the Temple is within our grasp, it’s not just mythology.  This is the revitalization of the true Torah of the Land of Israel,” said Temple Institute International director Rabbi Chaim Richman.  (Arutz 7)

Olive oil is of particular significance at this time of the year as it was used to light the Ner Tamid (the eternal light) that was relit during the consecration of the Holy Temple by the Maccabees as described in the miracle of Hanukkah—the olive oil that miraculously burned for eight days. 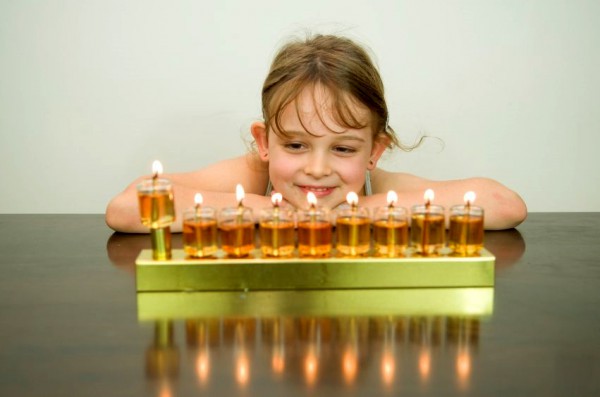 Fully lit oil hanukkiah with the shamash raised at the end.

Olive oil has great significance in the Bible and is often linked with the Ruach HaKodesh (Holy Spirit) as it was used to pour over the priests to anoint them into service.

Since the first High Priest, Aaron (Leviticus 8:12), the holy oil of the anointing (שמן המשחה—shemen ha-mishchah) has been used as a part of the ordination of the priesthood and the High Priest.

This practice of anointing is carried throughout the Bible.  We see it in such verses as Isaiah 61:1 when the prophet says, “The Spirit of the Sovereign LORD is on me, because the LORD has anointed me to proclaim good news to the poor.  He has sent me to bind up the brokenhearted, to proclaim freedom for the captives and release from darkness for the prisoners.”

This is the same Scripture that Yeshua (Jesus) read in a little synagogue in Nazareth when he began His ministry not long after being mikvahed (baptized) with water and with the Holy Spirit.  (Luke 4:18; see also Luke 3:22) 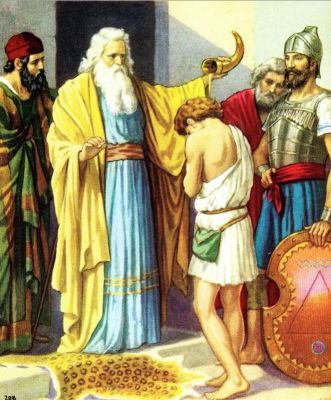 Although at first only the priests were anointed, prophets and kings were also commissioned for service with oil.  This was the case of Samuel’s anointing of David as king.

“Then Samuel took the horn of oil and anointed him in the midst of his brothers. And the Spirit of the Lord rushed upon David from that day forward.  And Samuel rose up and went to Ramah.”   (1 Samuel 16:13)

Among Christians today, the anointing of oil is used in dedication ceremonies and for healing as the olive oil has come to represent the Spirit of God—the Holy Spirit.

Meanwhile, the Israeli Antiquities Authority (IAA) has reported evidence of olive oil use in the north of Israel, the Galilee, that apparently predates the arrival of Abraham.

An olive oil vessel uncovered in the ruins of Ein Zippori provides the earliest evidence of oil use in Israel and possibly in the entire Middle East, with two vessels dating to 5800 BC.

Information regarding the discovery was reported in the Journal of Plant Sciences in an article written by IAA archaeologist Dr.Yaniv Milevski and his assistant Nimrod Getzov in connection with a salvage excavation being conducted prior to the widening of Highway 79.

Such salvage operations before major construction begins are often performed in order to discover and preserve historical evidence.  Otherwise, damage to such evidence can occur from construction equipment.  Once the project is complete, the site would be inaccessible to archaeologists. 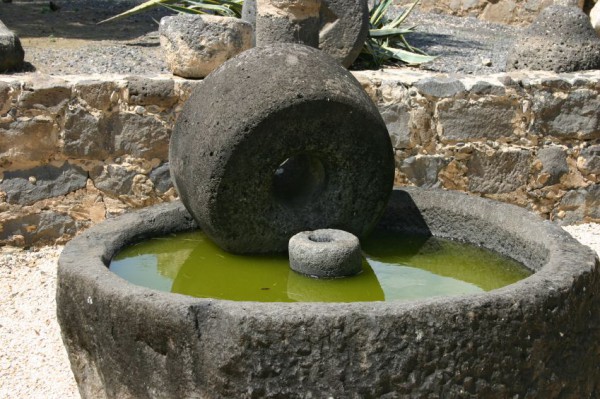 In a three-year archaeological dig from 2011 through 2013, IAA researchers systematically examined the remains of pottery found at the site to determine what had been stored in them by the local inhabitants.

Chemical analysis of the organic matter on the pottery showed striking similarities to olive oil only a year old.

“Past underwater archaeological digs led by Dr. Ehud Galili off the coast of Kafr Samir south of Haifa found remnants of olive oil production from that period but now, in Zippori, we have found the first evidence of the oil being used,” the researchers wrote.  (YNet)

The researchers believe that the oil was consumed as a part of the daily diet, as it is today, but possibly also for lighting.