Ever since King David made Jerusalem the capital of his kingdom (c. 1004 BC), this city has been the heart of the Jewish People as an emblem of God’s faithfulness, Jewish heritage, and the independence of the nation. 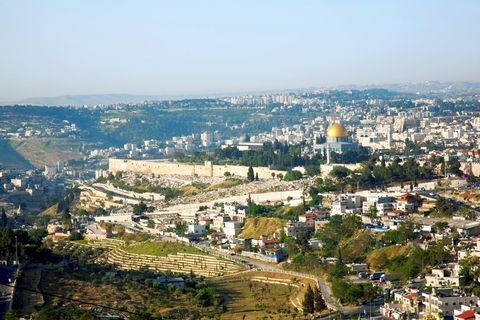 “This identification of Jerusalem as both a spiritual and national symbol emphasizes the unique and eternal tie between the city and the Jewish people, a tie which has no parallel in the history of nations,” states the Israel Ministry of Foreign Affairs.

This weekend in Morocco, however, Palestinian Authority President Mahmoud Abbas declared that Jerusalem must be the capital of a Palestinian state, as a condition for a future peace deal with Israel.

He made the statement at the Al-Quds (Jerusalem) Committee, which was formed in 1975 by the pan-Muslim Organization of Islamic Cooperation “to resist the confiscation of Palestinian land and assets in Jerusalem.”  (Aljazeera)

“There can be no peace without stability, nor agreement without now occupied east Jerusalem being recognized as the capital of the Palestinian state,” Abbas said.

At the opening of the Al-Quds Committee in Marrakesh on Friday, Morocco’s King Mohammed VI, who is president of the committee, called for “a strong mobilization of our own means and resources to defend the Holy City of Jerusalem.”

At the end of the two-day meeting on Saturday, the Muslim nations urged the international community to pressure Israel to stop building Jewish settlements in the disputed territories (Judea and Samaria, also called the West Bank), which includes east Jerusalem.

A week before, in a speech Abbas gave in the Palestinian Authority capital of Ramallah, he declared that Jerusalem, along with the territory Israel regained during the 1967 Six Day War, was Palestinian.

“Al-Quds [Jerusalem] and everything that was conquered in the 1967 war is part of the Palestinian state,” he said at an event commemorating the 49th anniversary of the founding of Fatah, the largest faction of the Palestine Liberation Organization (PLO), a multi-party confederation.

Abbas told his audience that the Palestinians are only bound to the peace negotiations for a period of nine months.

Responding to Netanyahu’s demand that Israel be recognized as a Jewish state, he said, “We won’t agree to this, as we’ve explained before, since 1917 [referring to the Balfour Declaration].”  (Haaretz) 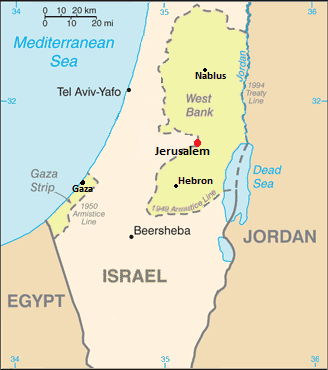 Giving up east Jerusalem to Palestinian demands would entail granting the Palestinians total sovereignty over areas that are Biblically and historically significant to the Jewish People: the Mount of Olives, the Temple Mount, the Western Wall, and the Old City of Jerusalem with its Jewish Quarter.

This mounting thrust to divide Jerusalem into the capital of both a Palestinian state and Israel should not take us by surprise.

The Bible states that in the end times, international pressure will be put on Israel to make painful concessions to divide up the land of Israel.  God, however, will judge the nations for dividing HIS land.

“In those days and at that time, when I restore the fortunes of Judah and Jerusalem, I will gather all nations and bring them down to the Valley of Jehoshaphat.  There I will put them on trial for what they did to My inheritance, My people Israel, because they scattered My people among the nations and divided up My land.”  (Joel 3:1–2)