Anti-Semitism Continues to Grow in Europe

“I will bless those who bless you, and him who dishonors you I will curse.”  (Genesis 12:3)

According to recently released studies, Europeans Jews no longer feel safe and are increasingly pessimistic of their future. 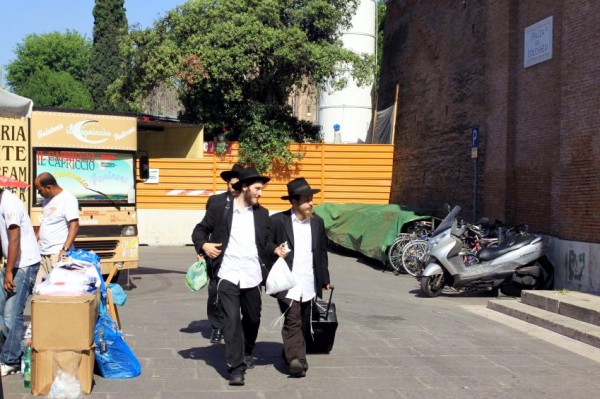 Orthodox Jewish men walk through the Piazza del Colosseo in front of the Colosseum in Rome, Italy.

A study of anti-Semitism in Europe has revealed a rapid move toward assimilation among Jews wishing to hide their Jewish identity because of rising anti-Semitism.

The poll, which was conducted in nine European countries by the European Union Agency for Fundamental Rights, reports the following:

Yet another survey recently conducted in Poland revealed that 63 percent of respondents believe there is a Jewish conspiracy to control the international banking system and the world media.

That survey was conducted by the Center for Prejudice Research in Warsaw using a sample of Polish citizens.

But, of course, Poland is not the only country where anti-Semitism is rearing its ugly head. 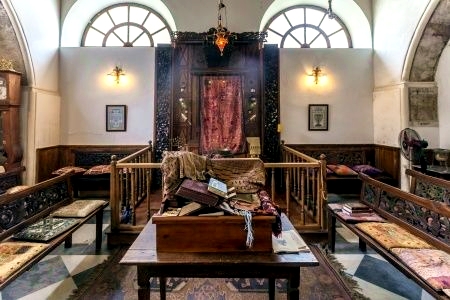 In Greece, prominent leaders are denying the Holocaust, Jewish headstones are being desecrated, and the Greek Orthodox Church is using anti-Semitic rhetoric and arguments.  (Israel Today)

Anti-Semitic incidents in Hungary have doubled since 2012, “with violent assaults on local Jews, desecration of Jewish cemeteries, public anti-Semitic chants and the burning of the Israeli flag.”

Recently, in Rome, boxes containing the head of a pig were sent to the Israeli embassy, the Rome synagogue, and the Jewish Museum of Rome where an exhibit on the Holocaust is currently on display.

One city official responded, “This is a vile and cowardly act which offends the Jewish community and all Romans.”  (JPost) 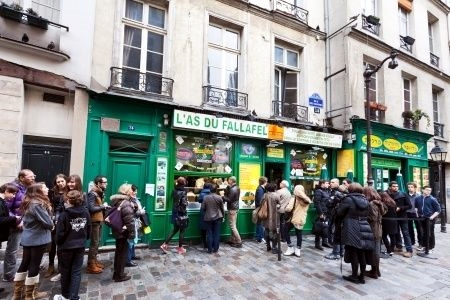 The rue des Rosiers is a major center of the Paris Jewish community in Paris, France.

Meanwhile, in Paris, an anti-government march turned anti-Semitic as protesters chanted “Jews go home” and “Jews, France is not your country.”

While the Jews of France are just as French as any other French citizen, many French Jews are leaving the country as it becomes increasingly unsafe for them.

In fulfillment of Bible prophecy, God is gathering many European Jews back to the ancient homeland of the Jewish People—Israel:

“I will bring them out from the nations and gather them from the countries, and I will bring them into their own land.  I will pasture them on the mountains of Israel, in the ravines and in all the settlements in the land.”  (Ezekiel 34:13)

Still, as the number of Jews leaving Europe increases because of anti-Semitism, the daunting prospect of uprooting oneself and moving to another country causes some to simply hide their Jewish identities.

“For every Jew who comes to Israel because of the anti-Semitic environment [in his or her country of origin], there are many who make another decision, which is to stay behind and sever all connections to Jewish life—the quiet consequences of anti-Semitism,” said Minister for Jerusalem and Diaspora Affairs Naftali Bennett.  (Algemeiner)