Diaspora Ministry Seeks Increased Ties With Those Interested in Israel

Israel’s Ministry of Diaspora Affairs has formed a committee to offer recommendations on reaching out to Gentiles of Jewish descent, as well as Gentiles who have shown an interest in Israel and the Jewish people.

“Over the past few years there has been an increasing awareness of large groups of people who have some type of connection to the Jewish people and Judaism but who are not themselves Jewish or have any rights under the Law of Return,” said Ministry spokesman Jeremy Ruden.  (JPost)

“These groups and their desire for some kind of connection with the Jewish people and/or Israel raises the questions of if and how the government should reach out/work with them,” Ruden said.

The Law of Return states that only Jews can officially make aliyah and a Jew is “a person who was born of a Jewish mother or has become converted to Judaism and who is not a member of another religion.”  (Jewish Virtual Library)

While the Diaspora Affairs Ministry does not manage issues of giur (conversion) or aliyah (immigration to Israel), the Ministry is considering other ways “to maintain open channels and collaborative efforts” between the State of Israel and “groups with ties to the Jewish people.” 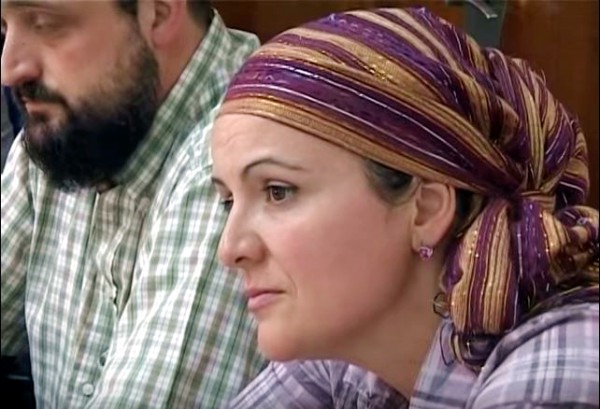 This woman from Valencia, along with her husband, both Bnei Anusim, came to Israel as a tourist and went through a nine-month conversion process.  (YouTube capture)

While their eligibility to immigrate to Israel under the Law of Return is under review, the Ministry likely will consider “emerging” Jewish communities to include the Bnei Menashe (the Lost Tribe of Menashe) group from northeastern India and the Bnei Anusim (the coerced ones), whose Jewish ancestors were forced to convert, such as during the inquisitions.  (Haaretz)

These communities exist the world over and number in the millions, according to Diaspora scholars.  They have been found to have an affinity to Israel or practice elements of Judaism.

Some have passed down remnants of their uniquely Jewish Biblical heritage, such as the until-recently hidden Lemba tribe of Zimbabwe, which treasures a replica of the Ark of the Covenant.  The Lemba people’s Jewishness is not so much a question, however, as they bear Semitic markers in their DNA, identifying them as descendants of Aaron the priest, according to a 2010 BBC News report.

“They do not eat pork, they practise [sic] male circumcision, they ritually slaughter their animals, some of their men wear skull caps and they put the Star of David on their gravestones,” Steve Vickers of BBC News says of the tribe. 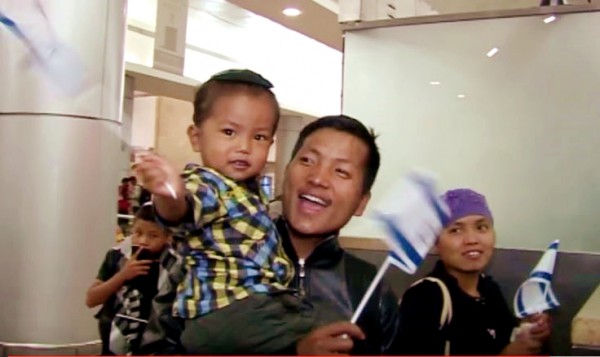 A Bnei Manashe couple immigrates to Israel with their child.  (YouTube capture)

Meanwhile, despite having questionable status for the Law of Return, the Bnei Menashe people have been backed by Israeli organization Shavei Israel, which sought consent from the Israeli government to bring almost 1,000 members of the community to Israel in the last two years and lead them through the conversion process so they can make official aliyah.  The immigrants joined another 1,500 already in Israel.  (Haaretz)

Helping those of Jewish descent is not the only goal of the committee; it also seeks to learn more about those who do not wish to convert, but are keenly interested in Israel.

“We are talking about millions of people, the vast majority of which have on the one hand no visible intention of becoming Jews.  On the other hand [they have] a lot of interest in knowing more about Zionism, Judaism and Israel and even supporting Israel,” committee chairman and political scientist Ofir Haivry said.

“First of all, the most basic thing is mapping them, who they are, and categorizing them into groups and getting the numbers and having this first level of knowledge, which is not there,” he said.

“Secondly, we will try to by talking to experts, as well as those representatives of those groups that approach us, to try and understand what interests they have, what they want and how much these things have an affinity with the needs and aspirations and interests of Israel.”  (JPost)

This 2000 year-old silver shekel minted in the fourth and last year of the Great Revolt against Rome (AD 70) is being aucitoned at Israel's Winner's Auctions house with a certificate of authenticity. (Photo courtesy Winner's Auctions) 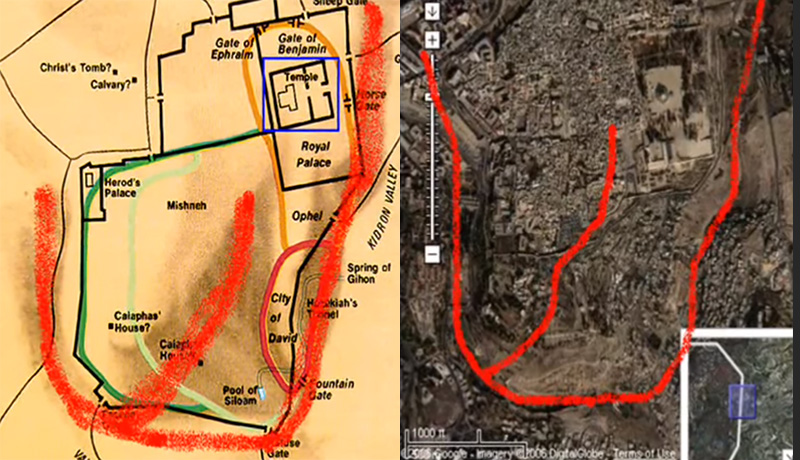 Google Earth map of the three valleys of Jerusalem with outline of the Hebrew letter Shin (שׁ) in red, a symbol used to represent one of the names of God—El Shaddai (God Almighty). This confirms the Word of God, who said that "the descendants of David my servant will continue to reign, shining like a lamp in Jerusalem, the city I have chosen to be the place for my name." (1 Kings 11:36; see also 1 Kings 8:28–29; 2 Kings 21:4; Deuteronomy 12:11, 21; 2 Chronicles 12:13) (Source: YouTube capture cropped and merged) 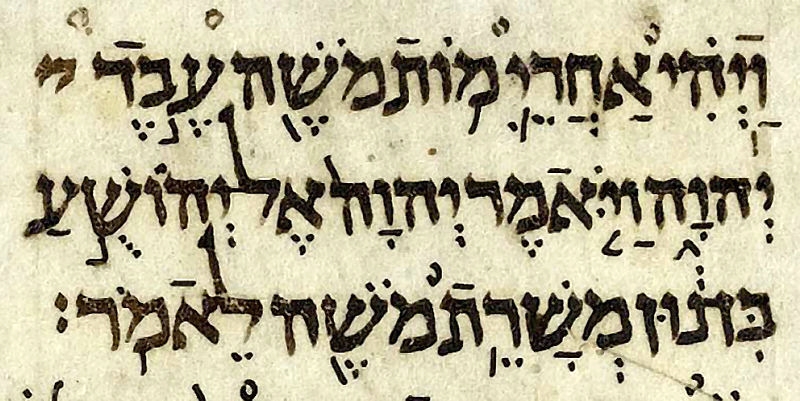 Joshua 1:1 in the Aleppo Codex 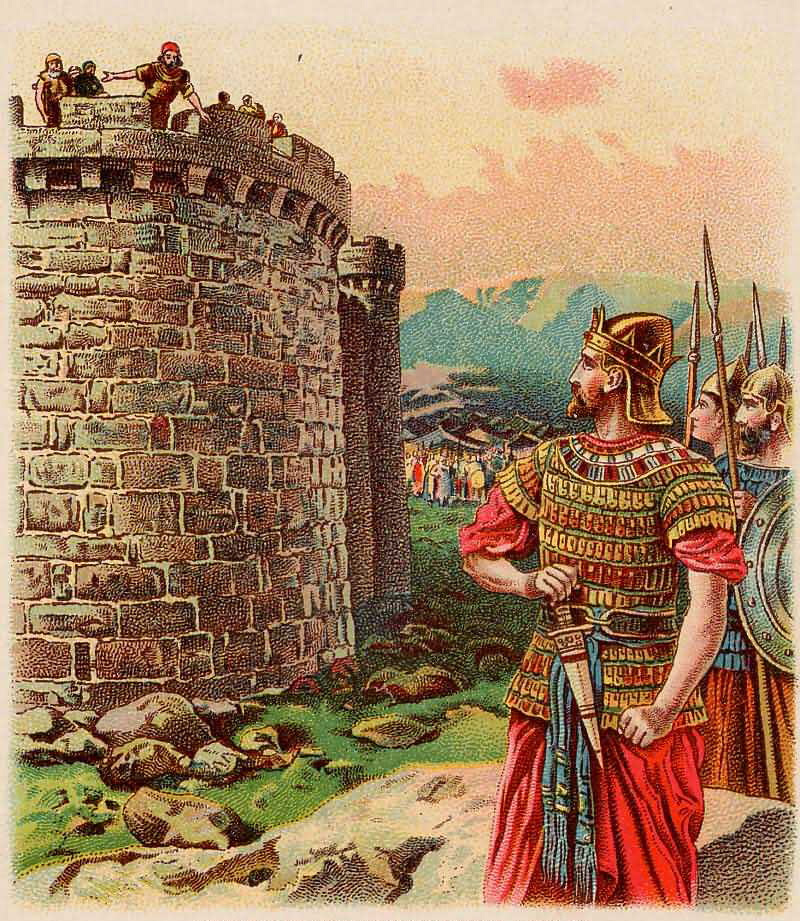 David, King Over All Israel (illustration from a Bible card published 1896 by the Providence Lithograph Company)