“Israel is a leading authority and pioneer in irrigation, purifying and water recycling techniques for agriculture, due to its vast regions of arid and semi-arid land,” writes Fresh Fruit Portal.

As well, it is a leader in agritech innovations that have been boosting agriculture production and quality in many nations, including India. 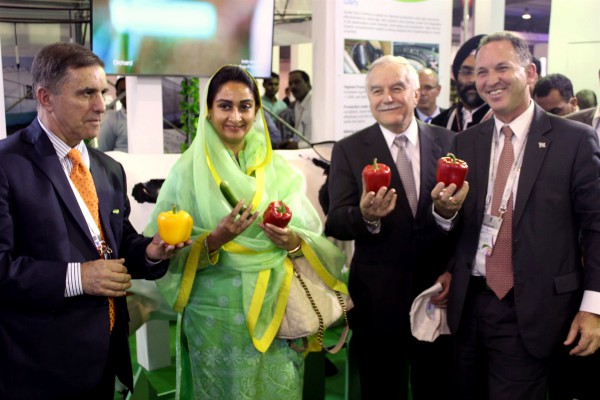 Israel is sharing its innovation and expertise in greenhouse, irrigation and fertigation methods via workshops to 25,000 farmers a year in ten Indo-Israel Centres of Excellence in nine states of India.

Thirty centres across India are in various stages of development thanks to a partnership that began in 2008 by MASHAV, Israel’s Agency for International Development Cooperation, and India’s Mission for Integrated Development of Horticulture as well as state governments and the Israeli embassy in India.

Training centres are dedicated to “growing vegetables, flowers, citrus, mango, pomegranates, dates, [and performing] beekeeping and dairy husbandry,” the MASHAV website states.  “Over the last four years, since the Karnal center was set up, over 2,500 farmers from Punjab and Haryana have started using greenhouse farming for higher yield and newer varieties.” 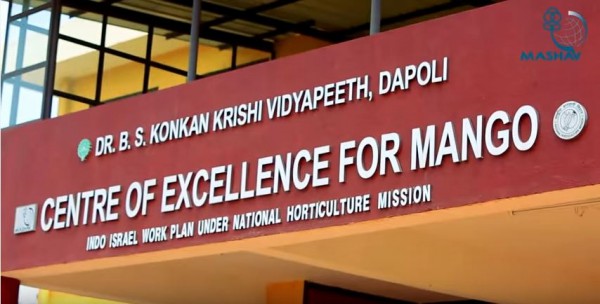 The Indo-Israel Centre of Excellence for Mango (YouTube capture)

At the centres for vegetables and fruits, farmers can purchase and plant seeds for a nominal fee.  When the seedlings are ready, the farmers transplant them in their own fields.

“[It] is not possible for a single farmer to get the infrastructure that this centre has. …  Huge numbers [of seedlings] we wanted; it would be more risky if we grow the seedlings ourselves.  So that’s how we approached the centre,” said Ramandeep Singh Sandhu, a farmer who utilizes the CoE at Punjab.

This is a significant increase since the first centre opened in 2011 when area farmers were only growing about half a million seedlings.  Moreover, to increase diversity and profits, farmers are learning to grow different kinds of vegetables, such as chili, tomato, capsicum, cabbage, and broccoli.

“We will set up the remaining centres in the third phase of the project 2015–18.  We will also focus on modern dairy management, post harvesting and sewage water treatment for reuse in agriculture,” said Dan Allof, Counsellor at MASHAV.  (Economic Times) 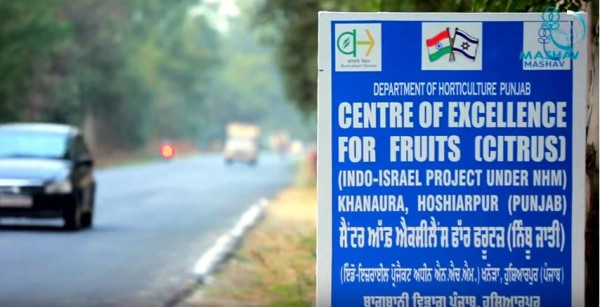 In the birthplace of Hinduism where the cow is deified, the per capita output of milk is the lowest in the world, according to Algemeiner.  In Israel, on the other hand, dairy cows are the most productive in the world; they produce 10 percent more than cows in the United States and 50 percent more than those in Germany.

Soon after, on April 15, MASHAV signed a Memorandum of Understanding with India on setting up a Center of Excellence in India’s dairy sector in the state of Haryana where two other CoEs are located.  (Deccan Herald)

Last year, the trade officer for Indo-Israel trade facilitation at the Embassy of Israel in New Delhi, Akhil Choudhary said with Israel’s effect on India’s production, “we are talking about a three-fold increase in milk production with the same cattle population with better, hygienic and cost-effective processing facilities.”  (The Dollar Business) 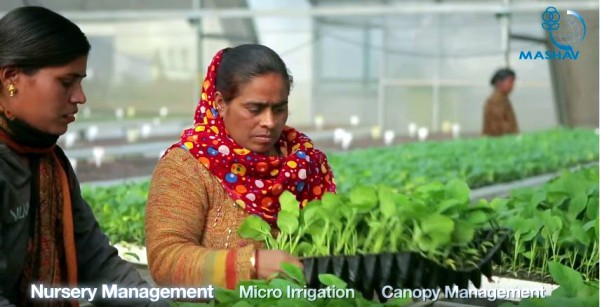 Women prepare to transport their seedlings to their farm.  (YouTube capture)

Beyond introducing cooling systems, biometrics and milk meters to India, MASHAV also has committed to orchestrate the transfer of viable cow embryos and frozen seed to introduce Israeli stock into India’s cattle population.

Tamil Nadu already provides a quarter of India’s flower production; through the flower centre, Israel will “provide training, technology and expertise” to increase the productivity and impact of the state’s flower farmers.  (MFA)