“Those who are left in Zion, who remain in Jerusalem, will be called holy, all who are recorded among the living in Jerusalem. … Then the Lord will create over all of Mount Zion and over those who assemble there a cloud of smoke by day and a glow of flaming fire by night; over everything the glory will be a canopy.”  (Isaiah 4:3, 5)

Mayor of Jerusalem Nir Barkat last week rejected a plan that would have the state abandon Jerusalem’s Arab neighborhoods.

“When we pray for Jerusalem, we don’t mean the 13 Arab villages surrounding it,” Zionist Union leader Isaac Herzog said at the February 8 Jerusalem Conference, which is organized by religious-Zionist weekly newspaper BeSheva, associated with the Israeli network Arutz Sheva.  The conference addresses political, economic, social, and religious issues. 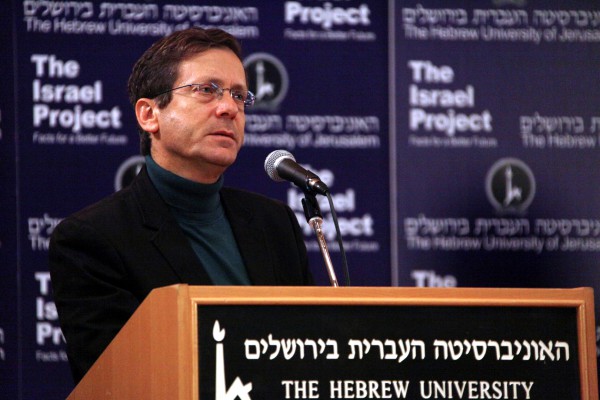 Acknowledging that two states are not viable for the foreseeable future, Herzog announced a separation plan approved by the Labor Party the day before:  “We should complete the construction of the fence and let the Palestinians govern themselves.  On the other hand, we should have the army remain in the areas we vacate and not repeat the mistake we made in the disengagement from Gaza.”

“If we don’t wake up now, we will find ourselves facing a bi-national state named ‘Israstine,’” Herzog stated, noting that “Zionism will be victorious when the world acknowledges the blocs [in the disputed territories] as part of Israel, including the Etzion bloc, to which I am personally connected.” 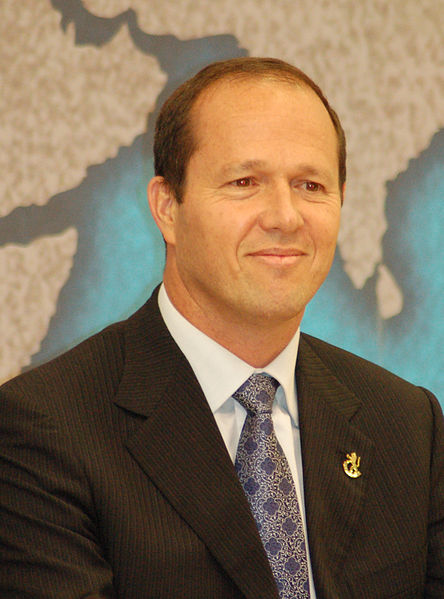 The Jerusalem mayor called the withdrawal from parts of Jerusalem “a dangerous, slippery slope,” adding, “Herzog plans to crush this city.  He wants to cut this city in half and build more and more fences in it.”

“It starts with giving up our sovereignty over villages in eastern Jerusalem, continues with concessions in the Old City, and ends with giving up sovereignty over the Western Wall,” Barkat said.  “Whoever thinks Jerusalem can be divided is delusional.  Daily life, employment, and trade in the city traverses both its west and its east.  Jerusalemites from all parts of the city work and live together in hotels, restaurants, and hospitals.”

“The [Labor Party’s] plan will divide, split, and fragment Jerusalem.  It will build more and more fences and walls in the heart of the city and cut into its flesh,” Barkat said.

“It is a game of hide and seek, pretending that the problem will go away if we don’t look at it,” the mayor added.  “The right way to deal with the challenges we face is to strengthen the city as a whole.”

“We must emphasize what unifies us, narrow gaps that have grown over generations, deal harshly with terror while cooperating with moderate factions, and run a thriving, open, and secure city under Israeli sovereignty,” he said. 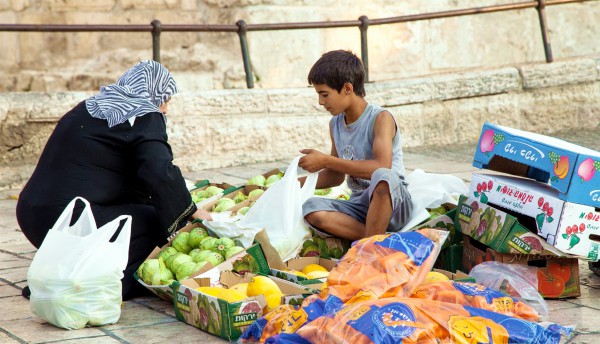 Herzog, in mid-January, backtracked from his criticism of Israeli Prime Minister Benjamin Netanyahu’s policies, by stating publicly that while he supports a two-state plan, or a plan of “separation,” he also does not think it is viable without a willing peace partner — the view Netanyahu has received much flak for in the last ear.

“Good morning Buji!  I’m glad you woke up.  Welcome to the Middle East,” Israeli Prime Minister Netanyahu said to Herzog at a Knesset debate on Wednesday, February 10, reminding him, “you attacked me” a year ago for saying the “two-state solution” isn’t viable without a peace partner.

“Since all territory that is cleared is captured by extremists, it doesn’t look like we can implement the two-state solution,” Netanyahu noted.  “With all this talk of ‘separation,’ with or without an agreement, it must be understood that there is no security separation.  Israel must continue to be responsible for security in the field.”  (Haaretz)

“At the beginning of the week, something happened.  Members of the Labor Party decided that the two-state solution cannot be implemented.  You’re the last ones to recognize the reality,“ he added.  (JPost)