“God is not unjust; He will not forget your work and the love you have shown Him as you have helped His people and continue to help them.”  (Hebrews 6:10)

A Jewish Canadian, Steve Maman, who has been called the Canadian Schindler, has rescued more than 120 Christian and Yazidi girls after launching a rescue foundation a year ago.  Still, he has found Jewish support generous and Christian support lacking for the return of the remaining 2,700 stolen women and children.

Children ages 1–9 cost Islamic State fighters $165; adolescent girls, $124 and even less for women who are older than 20, according to a price list circulated by the Islamic State (ISIS) jihadists for women and girls kidnapped in Iraq and Syria.

The price list was authenticated by UN special envoy on sexual violence in conflict Zainab Bangura, who told Bloomberg Business that Islamic State leaders choose the girls they want for themselves and then issue a bidding war up to $3,000 each for other captives before the remaining girls are sold via the reduced price list.

“One girl can be sold and bought by five or six different men.  Sometimes these fighters sell the girls back to their families for thousands of dollars of ransom,” Bangura said, adding that the girls “get peddled like barrels of petrol.” 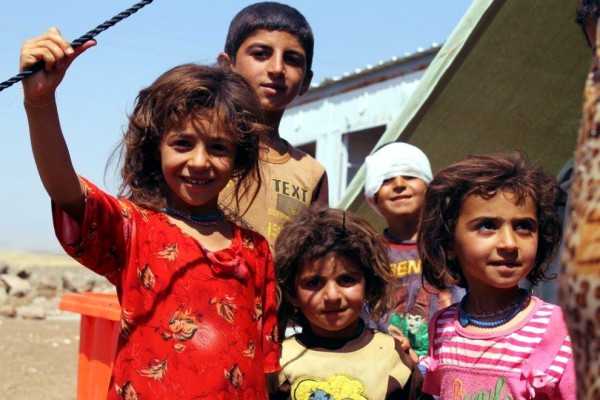 Iraqi refugee children at the Newroz Camp in Syria.

A year ago, Israeli-born businessman Steve Maman, 42, began hiring a team of American and Iraqi government employees, including trained hostage negotiators, to liberate Yazidis and Christians from out of the Islamic State sex-slave market.

In an open letter, Maman writes, “I said to myself, I cannot and will not stand idle.  I will not look at the daily reports and stay passive.  As I was always taught:  ‘One who saves a life, saves a world.'”   (JP)

So Maman launched Liberation of Christian and Yazidi Children of Iraq (CYCI).

“This is a finite problem that can be solved with money,” said Maman, about the women and girls trapped in sex slavery.  Last August, the Islamic State jihadists kidnapped about 7,000 Yazidi women and girls and an unknown number of Christians, with about 2,700 Christian women and girls remaining in their grips, according to a CYCI estimate.

However, CYCI has hit a wall of indifference from the 60 Canadian church organizations that the charity reached out to in the past year in seeking rescue funds.  Maman’s Jewish business associates, in contrast, have been “remarkably generous,” he told international Catholic news weekly The Tablet. 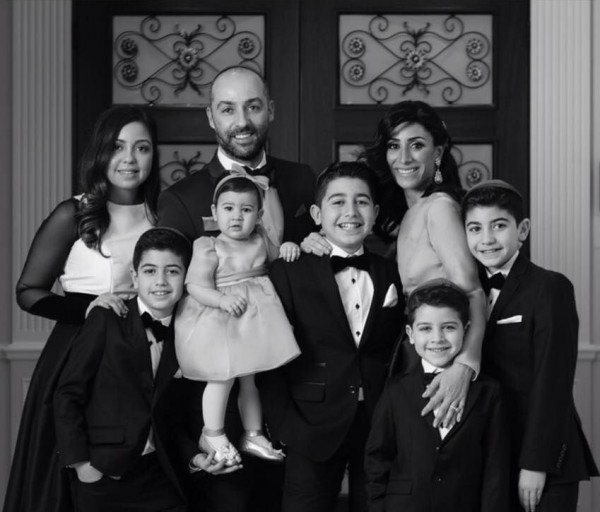 “I received many messages of people wondering why I founded and am so involved into “CYCI – Liberation of Christian and Yazidi Children of Iraq.”  Many also wondered who we are and what we do.  Well, this picture of my family sums it up.  This is who we are and we do it for the reasons you see on every face in this photo.  Every Yazidi or Christian child, innocent, held hostage in Iraq is entitled to such a family photo, and smiles,” Steve Maman said.

“We need Christians to open up at the same rate as my Jewish friends have,” Maman told The Tablet.

In this effort, Maman launched a GoFundMe campaign to reach a goal of $500,000.

“The price of a child’s life to remove them from the hands of ISIS is between $1,000 to $3,000.  We, as avid consumers, spend that money on gadgets and tools.  Why not spend that money to save a life?”

To care for the Christians who are liberated, Maman has coordinated with Rev. Canon Andrew White’s Foundation for Relief and Reconciliation in the Middle East and with Sister Hatune Dogan, a Syrian Orthodox nun, and her Hatune Foundation.

The freed slaves receive food, shelter, medical care and relocation services to help while they rebuild their lives. 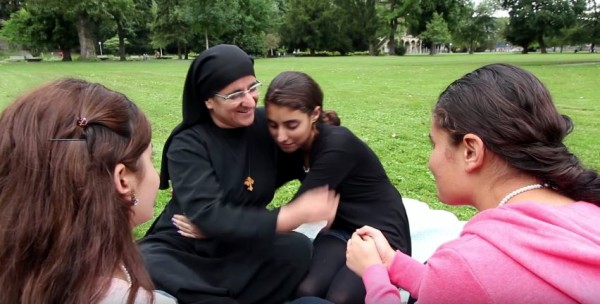 Rescued girls who have had a chance to rebuild their lives in Germany sit with Sister Hatune.  (YouTube capture)

The need to free these lives is dire.  Maman writes on the campaign site that “many young adolescents are sold to brothels, where they are raped 30 to 40 times a day by ISIS fighters.  The UN reports that ISIS militants have forced overly abused sex slaves to undergo virginity restoration surgery, up to 20 times after being raped and sold.”

In addition, the captives suffer from malnutrition and are often forced to sleep in cages.  Some have been decapitated for refusing to perform certain sexual acts; others are beaten.

Maman adds, “We feel so far removed from it as it seems so far from OUR reality, as if it is stemming from a horror movie.  This is the reality that they are facing in the world we live in.  What if someone had told Oskar Schindler that what he tried to do in the time of the Holocaust was incomprehensible and impossible? Nothing is impossible.”

As of Sunday, this Canadian Schindler has raised $390,000 to liberate Christians and Yazidi through his campaign.