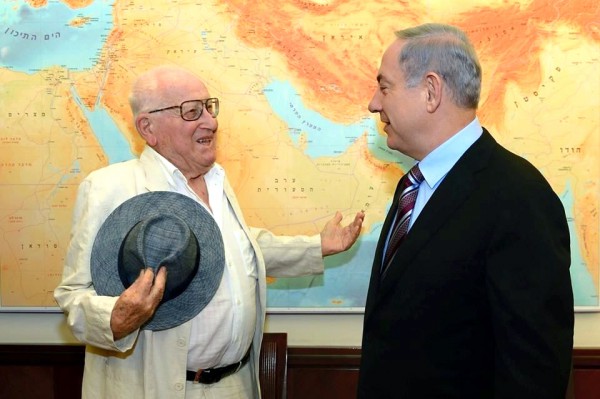 Prime Minister Benjamin Netanyahu meets with film producer Branko Lustig, a Holocaust survivor who produced and won an Oscar for Schindler’s List.  He came to Israel to donate his Oscar to Yad Vashem.  (GPO photo by Kobi Gideon)

Some Holocaust survivors who were on Schindler’s list—the real list—attended the ceremony.

Other Auschwitz survivors, diplomats, Yugoslavian expatriates and Croatian President Kolinda Grabar-Kitarović were also present, with Lustig stating that the golden statuette would remind visitors that there is hope in the darkest times.  (JPost) 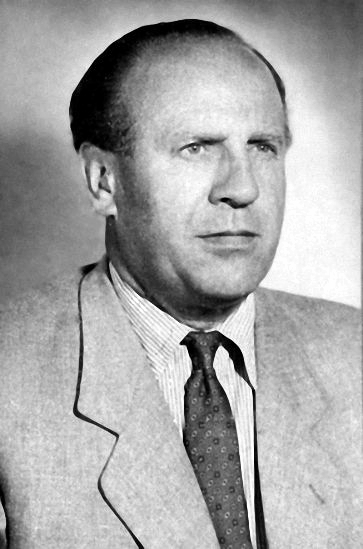 Oskar Schindler was an ethnic German industrialist, spy, and member of the Nazi Party who is credited with saving the lives of 1,200 Jews during the Holocaust by employing them in his factories.

Schindler’s List earned seven Oscars including Lustig’s, for “Best Picture of 1993.”  The movie brought to light the heroic deeds of German businessman Oskar Schindler, who saved more than 1,200 Jews from near-certain death at the hand of the Nazis.

Yad Vashem honored Schindler in the 1960s for his deeds, naming him among the “Righteous,” a designation bestowed upon Gentiles that have acted selflessly to save Jewish lives.  (Auschwitz)

While Schindler has become a well-known figure, other heroic individuals who acted on behalf of the Jewish people still largely unknown.

Some, like British humanitarian Nicholas Winton and Chinese consul general Ho Feng Shan, intervened but kept silent about their deeds.  Winton kept his salvation of 669 children quiet for 50 years, and Ho’s heroism was only discovered in 1997 after his death.  He was 96.

During 1938–1940, the Nationalist Chinese government had him serve as consul general in Vienna.  In direct defiance of orders, Ho signed off on thousands of visas being sought desperately by Jews trying to escape Nazi-occupied Austria.

“Nowadays, most people believe that he saved more than 5,000 lives at the time,” said Dr. Xu Xin, China’s leading Jewish-studies scholar who teaches at Nanjing University, to CNN.  “More importantly, Ho was probably the first diplomat to really take action to save the Jews.” 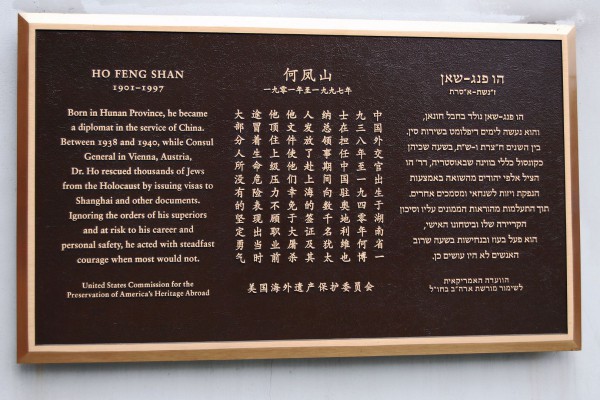 Heroism is not beyond the reach of regular people, but requires principles and integrity, which Ho’s daughter said she recognized in her father.  When the Nazis seized the Chinese embassy, the property owned by a Jew, Ho paid to open a new office where he continued the rescue mission, CNN reports.

Often it is the gratitude of Jewish survivors who cause these unknown heroes to come to light.  And so in a July 12 ceremony in Warsaw, Jewish officials in Poland praised 50 Christian Poles for rescuing Jews during the Holocaust, naming them Righteous Gentiles.  (World Jewish Congress)

“It is so important to acknowledge the courage and heroism of the righteous, for each of you saved the honor of humanity,” said Stanlee Stahl, Jewish Foundation for the Righteous executive vice president, at the event.  “You will always be remembered in our prayers for you made it possible for generations to be born and to live.”

Rescuer of the Jews and historian Janusz Durko now 100 years old said helping the Jewish people “was simply the ‘obvious’ thing to do and that he never considered himself courageous.” (AP) 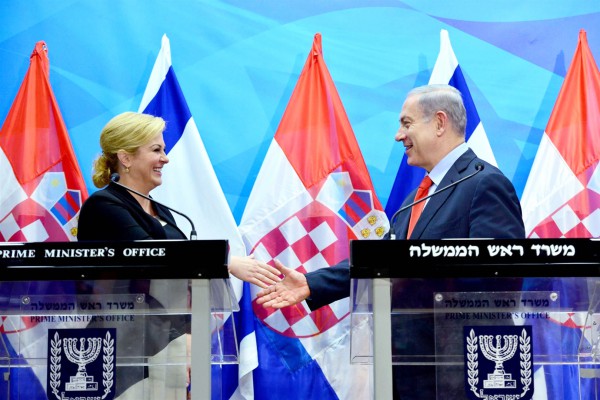 Outside of Jewish circles, national leaders are honoring the sacrificial efforts of their countrymen.

President Grabar-Kitarović committed this week to erecting a Holocaust monument in Croatia.

Chinese President Ma Ying-jeou in June vowed to honor Ho, as well as another war hero of the Chinese people, German businessman John Rabe, who raised the Nanjing safety zone in 1937 that protected 200,000 Chinese civilians against the Japanese army.  (Taipei Times)

“I know that you are pleased with me, for my enemy does not triumph over me. Because of my integrity you uphold me and set me in your presence forever.” (Psalm 41:11–12)