Jews, Christians, and Muslims to Gather for a Week of Prayer

Jerusalem’s Alpert Youth Music Center will become AMEN, a weeklong joint house of worship for Jews, Christians, and Muslims between September 5 to 11.

Jews, Christians, and Muslims of faith are invited to join the worship event, which is part of the Mekudeshet (Blessed) festival — part of Jerusalem’s Season of Culture.

“For one week we will come together — Muslims, Jews, and Christians who believe and hope,” the Mekudeshet website states.  “We will read from the different prayer books, listen, discuss, open our hearts, and try to expand our vocabulary.  We will study, argue (yes, this is also allowed), and pray together and alone.

“We will see if it is possible, despite all the physical difficulties and the earthly obstacles, to together create a new reality.  Not sometime in the future, not in a dream, not just a hope, but here and now, in the city of which the prophets of all three religions dreamed. 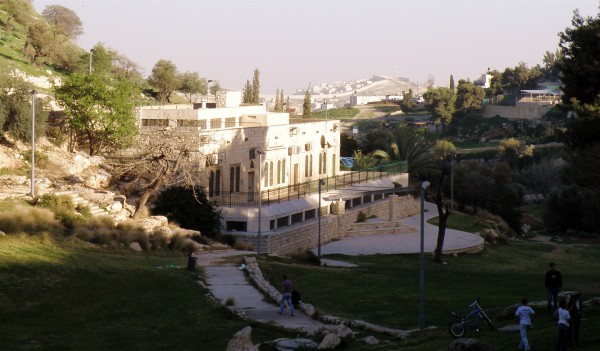 The remarkable effort is the result of a small group of religious leaders who have been reconnecting for years through the language of faith.

“Throughout the seven days (the culmination of a process that has taken months, during which representatives of the three religions have met countless times to share, discuss, consolidate, and design this joint house of prayer), each religion will host an evening of enlightenment and prayer in their own language, each will be hosted in the others’ houses of prayer, and on the final night we will hold a joint prayer session in the public space where we will pray for ourselves and for our city,” the Mekudeshet site states, adding, “Hallelujah, Inshallah, Amen.”

“When you move beyond certain empty but limiting borders in which we are by and large constrained today, you find a yearning for a shared experience that our forefathers invented, that is in no way separate from the distinct heritage each of us carries.  There is nothing new age about this.

“We are not creating anything new. It is very important that it be clear:  It is the real Jewish tradition in which others were invited and we were invited; and in our joint work we are very strict about hosting and visiting,” said Rabba Tamar Elad-Appelbaum, the founder of the Zion synagogue community in Jerusalem.”