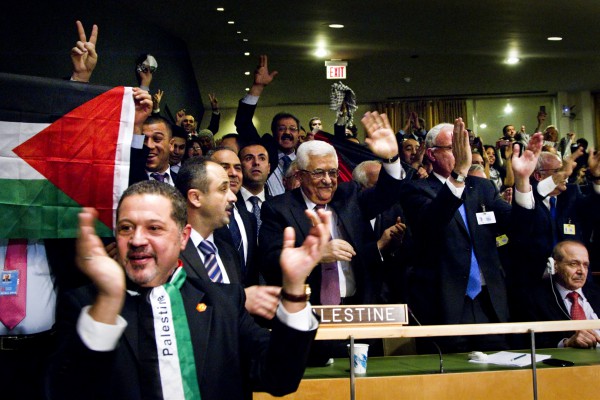 Mahmoud Abbas (front center), President of the Palestinian Authority, with his delegation in the General Assembly Hall following the Assembly’s decision on November 29, 2012.

“In those days and at that time, when I restore the fortunes of Judah and Jerusalem, I will gather all nations and bring them down to the Valley of Jehoshaphat.  There I will put them on trial for what they did to my inheritance, my people Israel, because they scattered my people among the nations and divided up my land.”  (Joel 3:1–2)

Palestinians rejoiced last week after Palestinian President Mahmoud Abbas succeeded in his bid to have Palestine recognized as a non-member observer state of the United Nations.  It was not good news for Israel or the peace process.

Last Thursday—in the shadow of Israel’s recent Operation Pillar of Defense, which protected Israeli citizens from the escalating missile bombardment from Hamas and other terrorists in the Gaza Strip—the UN General Assembly overwhelmingly voted in favor of upgrading the status of Palestine from “non-member observer entity” to “non-member observer state.”

On Sunday, Abbas said that “the accomplishment at the UN is dedicated to our martyrs and hero prisoners,” saying the next step is “to reach inter-Palestinian reconciliation.”

He also told a crowd gathered outside his government headquarters that “Jerusalem is the eternal capital of the state of Palestine.”

The vote passed 138 to nine, with 41 abstentions.  The results surprised no one, since the 193 member UN General Assembly is packed with enemies of the Jewish State.

Before the vote, Israeli Prime Minister Benjamin Netanyahu told those gathered at the Menachem Begin Heritage Center in Jerusalem:  “Israel is prepared to live in peace with a Palestinian state.  But for peace to endure, Israel’s security must be protected, the Palestinians must recognize the Jewish state and they must be prepared to end the conflict with Israel once and for all.” 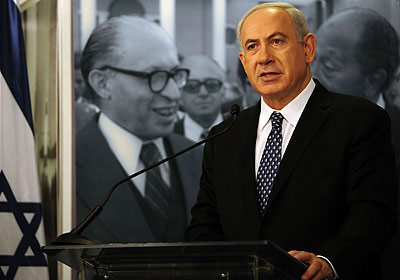 On the morning of the vote, Prime Minister Benjamin Netanyahu spoke at the Menachem Begin Heritage Center in Jerusalem and said, “No decision by the UN can break the 4000-year-old bond between the people of Israel and the land of Israel.”

The Palestinian resolution did not advance peace, and shamefully, the General Assembly voted to accept it.

While the change in status, which was opposed by the US, does not give Palestine full membership status, it allows Palestinians to take part in UN debates, join other UN bodies and to bring charges against Israel in the International Criminal Court in The Hague.

Speaking at the UN before the vote, Abbas said, “Palestine comes today to this prestigious international forum, representative and protector of international legitimacy, reaffirming our conviction that the international community now stands before the last chance to save the two-State solution.” 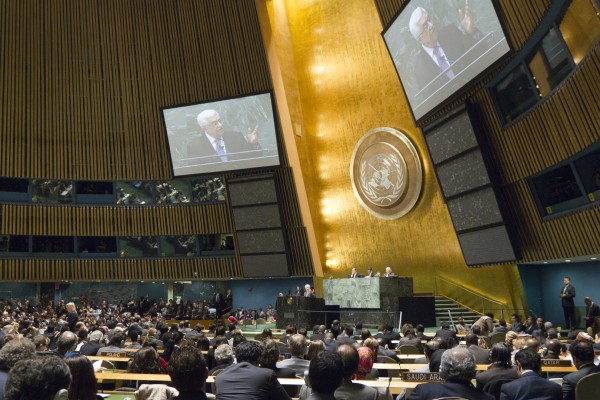 A view of the General Assembly Hall as Abbas addresses the Assembly before the vote.

Non-member observer state status, however, will more likely work against such a solution.

In fact, the Palestinian leadership already seems to be more stubborn in meeting Israel’s minimum requirements for negotiation, such as the basic recognition of the Jewish state.

“This is negative political theatre that takes us out of a negotiating process.  It’s going to hurt peace,” said Israeli government spokesperson Mark Regev.  (BBC)

At the UN, Abbas falsely characterized Israel as the aggressor and occupier, saying that Palestinians consistently have sought only “harmony.”

“The moment has come for the world to say clearly: enough of aggression, enough with settlements and occupation,” Abbas said.

Although the European Union vote was split, many of the 27 EU countries voted in favor of the Palestinian resolution, including France, Spain, and Sweden. 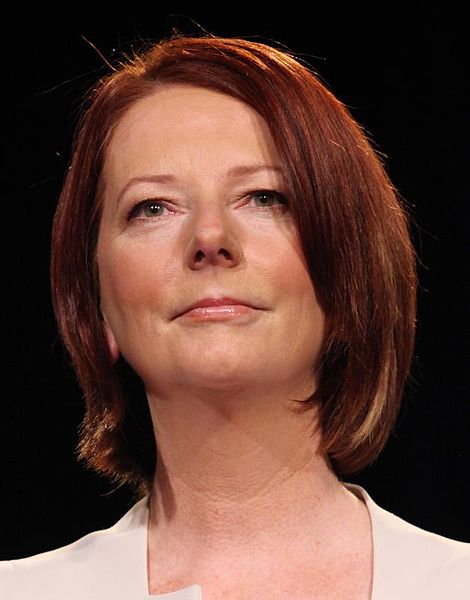 EU foreign policy chief Catherine Ashton said in a statement, “The EU has repeatedly expressed its support and wish for Palestine to become a full member of the United Nations as part of a solution to the conflict.”

Australia’s Prime Minister Julia Gillard was to vote no, but in the end, only gained government support for Australia’s abstention in the vote.

The United States Department spokesperson Victoria Nuland said at a briefing prior to the UN vote, “This resolution is not going to take [Palestinians] closer to statehood.  It does nothing to get them closer to statehood, and it may actually make the environment more difficult.”  (NPR)

In response to the UN vote, Israel announced the building of 3,000 housing units which had been put on hold for the last 10 years due to the “peace process.”

They will help to join a suburb of Jerusalem to the rest of the city.  However, because these homes and apartments will be built on the other side of the Green Line, almost all of the world’s governments have launched harsh criticism against Israel as the Jewish State pursues building homes for the Jewish people to live in their Biblical Homeland.