“Their mouths lay claim to heaven, and their tongues take possession of the earth.”  (Psalm 73:9)

Three years ago, the Palestinian Authority (PA) won its fight for “non-member observer state” status at the United Nations.  The political entity is now pushing to raise the Palestinian flag at the UN to further entrench itself among legitimate world states.

The other non-member state flag that would fly next to the Palestinian flag belongs to the Vatican, which officially recognized a “state of Palestine” in a treaty with the PA in May. 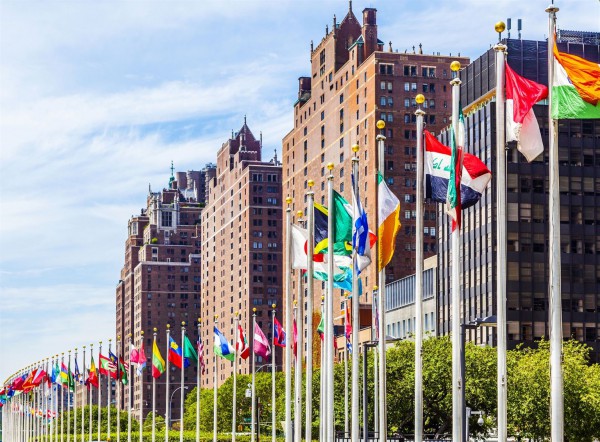 United Nations Headquarters with flags of the members of the UN

The Vatican, however, released a friendly note, stating, “The Holy See does not intend to co-sponsor a draft resolution that the State of Palestine may eventually present on the matter.”

Adding, “The Holy See asks the Permanent Observer Mission of the State of Palestine to the United Nations kindly to remove in its draft resolution any reference to the ‘Holy See’ and any generic reference ‘on behalf of the Observer States.'”  (Reuters)

The draft resolution on flying the Palestinian flag, to be considered Sept. 10, 2015, would counter a set policy that only full-member states—established world governments—raise flags at the UN’s New York headquarters.

Israel’s ambassador to the UN Ron Prosor on Tuesday described the move as a “cynical misuse” of the UN for scoring political points.  (JPost)

“Even though the Palestinians are attempting to change longstanding protocols and traditions, they have not deemed it appropriate to allow the member states of this organization to debate, discuss, or reflect on the consequences and implications of this proposal,” Prosor said. 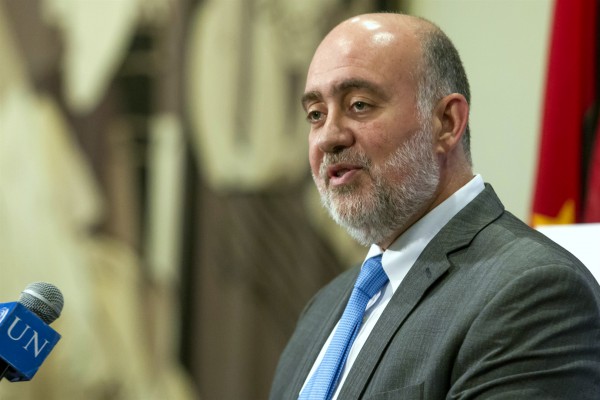 The draft resolution is sponsored by 21 nations, including Saudi Arabia, Egypt, Jordan, and Algeria.  Capturing greater recognition for the PA is a means to validate a Palestinian state—the end goal for many Arab political movers who have continuously rejected a State of Israel, as well as generous offers for peace and statehood.

This rejection was clearly seen when, in 2008, then Israeli Prime Minister Ehud Olmert and PA leader Mahmoud Abbas met more than 35 times.  Toward the end, Olmert gave Abbas a comprehensive plan for peace and statehood based on the 1967 borders with minor changes on either side.

Olmert’s map shows a Palestinian state in Judea-Samaria and Gaza linked by a free-passage route with major Jewish towns in the disputed territories—such as the Jerusalem-Ma’aleh Adumim bloc, the Ariel bloc and Gush Etzion—to be annexed under Israeli rule.  (JPost)

Olmert showed this plan to Abbas, who wanted to take the map away; the prime minister would not allow the map to leave his possession unless Abbas initialed it, which would indicate some agreement.

On Nov. 28, 2009, Olmert told Greg Sheridan of The Australian, “He promised me the next day his adviser would come.  But the next day [chief PA negotiator] Saeb Erekat rang my adviser and said we forgot we are going to Amman today; let’s make it next week.  I never saw him again.”

The next month, Erekat published a paper called “The Political Situation in Light of Developments with the US Administration and Israeli Government and Hamas’s Continued Coup d’etat,” pushing for nonviolent resistance and referring to “continued stagnation” of the peace process. 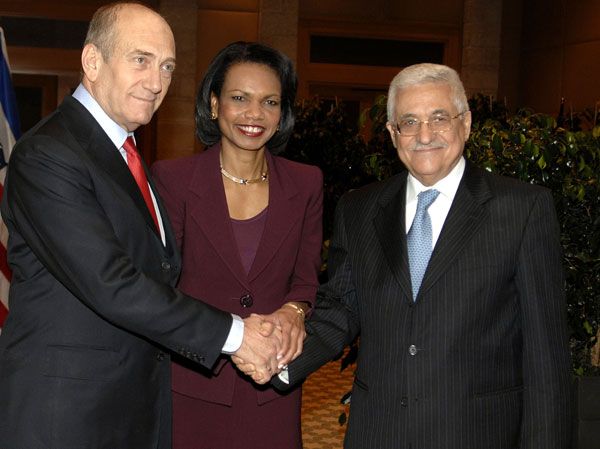 In May 2009, Abbas told The Washington Post, “The gaps were wide” between the negotiators, even though, the Post wrote, “It’s almost impossible to imagine [President] Obama, or any Israeli government, going further.”  (Camera)

Other offers to PA leaders for Palestinian statehood include the Clinton Parameters of 2000, accepted by Israeli Prime Minister Ehud Barak and rejected by PA leader Yasir Arafat.

“Arafat’s whole life has been governed by struggle and a cause.  Everything he has done as leader of the Palestinians is to always leave his options open, never close a door.  He was being asked here, you’ve got to close the door.  For him to end the conflict is to end himself,” said then-chief US negotiator Ambassador Dennis Ross at the time.

Several agreements between the PLO (Palestinian Liberation Organization) and Israel require that issues of statehood be negotiated only between these two parties and not by appealing to world bodies or taking unilateral actions.  Several of these agreements were witnessed by other nations, such as the US, Russia, Egypt, Jordan and others.

Each agreement was violated when the PA sought to join the UN as a “full-member state” in 2011 through a Unilateral Declaration of Independence.

In March 2011, Erekat said that “demanding recognition” was the first step in an alternative route to negotiations.  The flag resolution continues this practice, with PA envoy to the UN stating this week, “We have the votes and we are working to get as many votes as we can.”  (Arutz 7)

If the flag bid is adopted, the UN must comply by September 30—a day on which Abbas has already made plans to visit and five days after Pope Francis is scheduled to address the assembly.  (Times of Israel)

“How great is her arrogance!—of her conceit, her pride and her insolence; but her boasts are empty.”  (Isaiah 16:6)