“Hear my prayer, O LORD, and let my cry come unto thee.  Hide not thy face from me in the day when I am in trouble; incline thine ear unto me: in the day when I call answer me speedily.  For my days are consumed like smoke, and my bones are burned as an hearth.”  (Psalm 102:1–3)

On Wednesday, Israel’s official museum for the victims of the Holocaust, Yad Vashem, and Poland’s Majdanek State Museum announced the discovery of the gas chambers at the Sobibor death camp, which was located in what was German-occupied East Poland.

As many as 250,000 Jews were murdered at Sobibor from April 1942 to October 1943, at which time the 600 remaining prisoners revolted.  They killed about a dozen German officers, allowing about 300 prisoners to escape, even past the 50-foot wide strip of landmines that surrounded the site.  (ushmm) 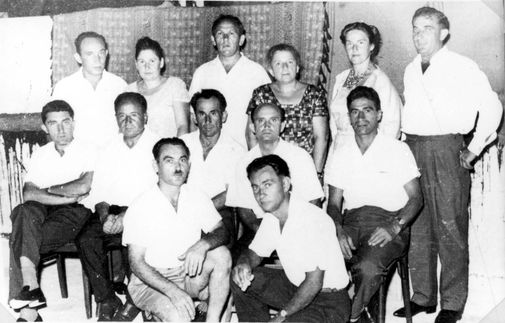 A handful of Sobibor survivors who escaped in the revolt pose for a picture in Israel.

The Nazis shot the 300 who did not escape, bulldozed the buildings, and attempted to conceal the mass genocide of the previous year and a half with dirt and trees.  Testimonies of survivors led archaeologists to discover the actual camp site.

This last round of excavations started last month to find and preserve Holocaust-era artifacts prior to the construction of a visitor’s center on the site of the gas chambers.

Many personal effects of victims, including gold wedding bands, have been uncovered near the gas chambers. 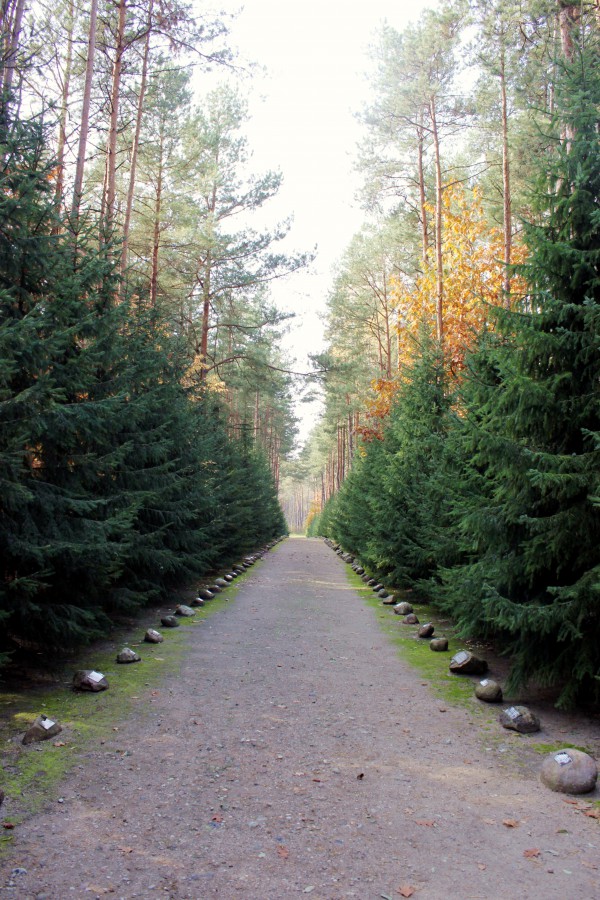 Sobibor’s so-called “Road to Heaven,” a path upon which the prisoners, who had been stripped of all their possessions, were marched naked into the gas chambers.

Dr. David Silberklang, senior historian at Yad Vashem International Institute for Holocaust Research, said about the find: “These findings are all that is left of those who were murdered.  A small window has been opened to their daily suffering.

This is the first time that we will be able to better understand what the murder process in the camp was, and what the Jews went through until they were murdered.”  (HaAretz)

During the past year, chief archaeologist Yoram Haimi uncovered what is left of the crematorium and the remains of a tunnel that was built by prisoners in an escape attempt.

Haimi expressed his surprise at the size of the structure that housed the gas chambers and how well the chambers’ walls were preserved.

He said, “We found near the gas chambers wedding rings with the inscription in Hebrew ‘Hare at mekudeshet li ’ (‘Behold, thou art consecrated to me’—a portion of the Jewish wedding vows).”  (JPost) 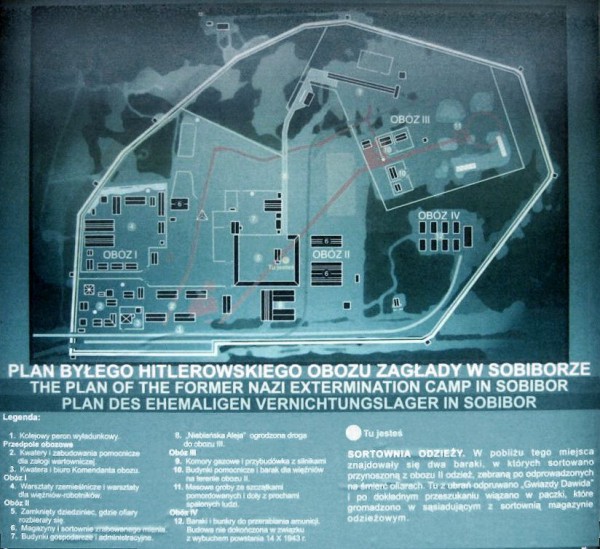 Map of Sobibor death factory.  The “Road to Heaven”: centre, vertical, with gas chambers at the end of it (top-right turn, horizontal slant).  The burial, cremation and ash pits further right, at the edge of the woods.  (Wikipedia)

A well was also uncovered this week with personal items belonging to the prisoners, which were thrown into it by the guards while destroying the camp.  Other items previously found at the camp include jewelry, perfume, medicine and eating utensils.

Haimi, who has worked at the site since 2007, lost his two uncles in the camp.  Like Belzec and Treblinka, Sobibor was designed as a death camp with Jews being gassed immediately upon their arrival.

Thousands from Lublin, Germany, Austria, Slovakia, Bohemia and Moravia, the Netherlands, and France were brought there during the year and a half in which it operated.  (Times of Israel)

In 2011, Sobibor camp guard John Demjanjuk, who had settled in Cleveland, Ohio but was extradited back to Germany for trial, was convicted as an accessory to the murder of thousands of Jews.  He died at the age of 91 before serving his prison sentence.  (HaAretz)

The finding of the gas chambers brings to a close the eight-year dig at the camp site.