Sweden Not So “Neutral” With Israel

“Remember, Lord, how your servant has been mocked, how I bear in my heart the taunts of all the nations, the taunts with which your enemies, Lord, have mocked, with which they have mocked every step of your anointed one.”  (Psalm 89:50–51)

After Swedish Foreign Minister Margot Wallström accused Israel of “extrajudicial executions” of the terrorists that have plagued Israel, Israeli Deputy Foreign Minister Tzipi Hotovely said Israel is “closing its gates to official visits from Sweden,” a statement made in the passion of the moment.

“We won’t accept any comparison between our security forces fighting against terror and terrorists,” Livni said in a speech at Tel Aviv University.  “Israel has a moral army and strong judicial system, and therefore there’s no chance we will accept Sweden or any other country meddling in our internal affairs.”

Jewish Chronicle foreign editor Orlando Radice put it frankly: “Wallström wants to know why Israelis shoot … people who are trying to kill them.”

“Ignoring” crime at home, Wallström called for an investigation into Israel on Tuesday, saying, “It is vital that there is a thorough, credible investigation into these deaths in order to clarify and bring about possible accountability.”  (Times of Israel) 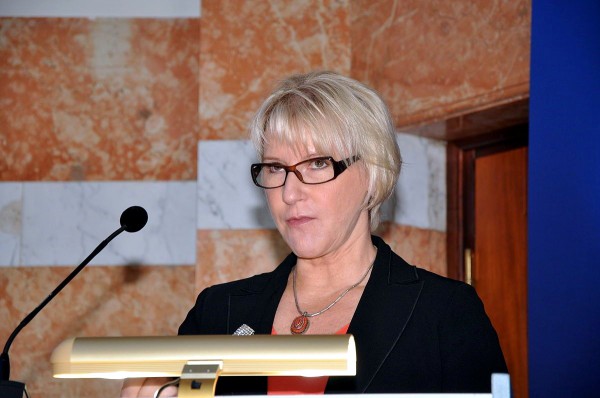 Israeli opposition leader Isaac Herzog said he found it “interesting Sweden didn’t respond in the same way when the Paris police killed the terrorists [that struck on November 13], as they should have” or in San Bernardino.

“And how will Sweden respond when terrorists carry out attacks on its land?  Will they then also demand to pat them on the heads because they had a tough childhood?” he said.

Israel has publicly identified 91 of the 130+ Palestinian Authority residents killed since September 13, 2015, as being terrorists that have attacked or tried to attack Israelis.  The remainder have died amid violent clashes with security forces.

As of January 2, terrorists have killed 28 Israelis and wounded 280, some which continue to fight for their lives in the hospital.  (MFA)

Wallström has not been officially welcome in Israel for two years, according to Hotovely, and will continue to be barred along with her senior deputy.  Other Swedish officials have recently arrived, such as the third deputy speaker of the Swedish parliament, Esabelle Dingizian and a delegation of the Royal Swedish Academy of War Sciences.  It seems that visits will continue on a case-by-case basis.

“At the clearest level, the State of Israel is sending a very stark message to Sweden that says that [when] you encourage terror [in Israel], you encourage Islamic State to act in all parts of Europe — in Brussels, in Paris,” Hotovely said.  (Times of Israel)

Since the Social-Democrats took power two years ago, “relations with Sweden have been at some level of disconnect,” Hotovely said.  “We’re currently at the front line of the battle against terror.  [Wallström] is de facto supporting it, encouraging it, and the State of Israel is sending a blunt message [to Sweden by rejecting her visits].” 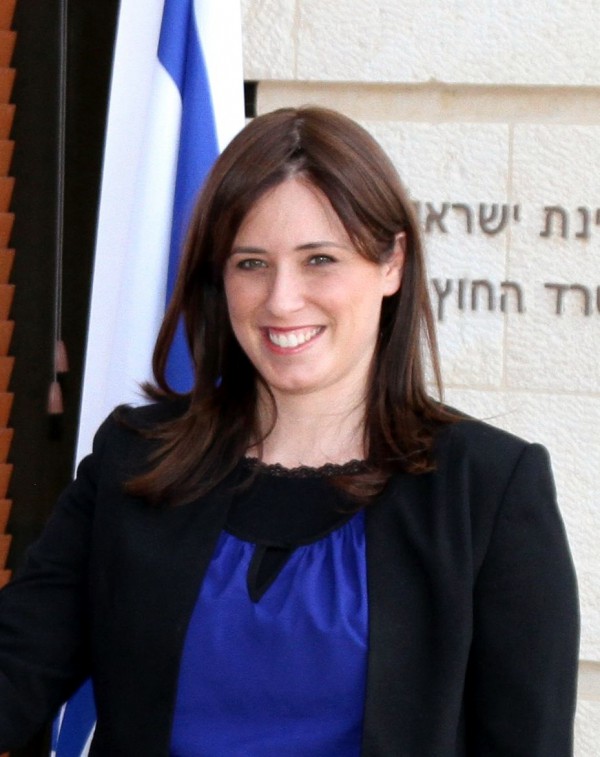 Although Sweden’s “Policy of 1812” has made the country famous for remaining “neutral” in armed conflicts, the fact remains that this nation supplied Nazi Germany with most of its iron ore, even though the British unsuccessfully tried to block it.

By becoming a European Union member nation in 1995, its Policy of 1812, which forbid direct armed conflict, is officially dead.  Wallström has called for mandatory military service to be reinstated, citing the influx of 160,000+ Syrian refugees absorbed in 2015 amid a population of 9.5 million.  (UKRT)