Wave of Terror Rolls Over Israel During Ramadan

“For in the day of trouble He will keep me safe in His dwelling; He will hide me in the shelter of His sacred tent and set me high upon a rock. … Hear my voice when I call, Lord; be merciful to me and answer me.”  (Psalm 27:5, 7)

Since the Muslim fast month of Ramadan began on June 17, Israel has faced a series of terror attacks in the northern Sinai, eastern Jerusalem, and Judea and Samaria.

June 29 brought numerous attacks, including the shooting near Shvut Rachel of 25-year-old Malachi Moshe Rosenfeld, who succumbed to his wounds on Tuesday evening.

Rosenfeld’s father, Eliezer, one of the founders of Samarian village Kochav HaShachar, sang a mournful farewell to his son at the Wednesday funeral, crying out, “Sing, sing, Malachi!” as two of his other sons clung to their father and wept.  (Arutz 7)

“Even in the most concealed of concealed moments, certainly G-d, blessed be He, is also found there,” Eliezer sang through his tears.  “Even behind the most difficult things that happen to you, He (still) stands, He stands—and we will stand, we will stand with G-d.” 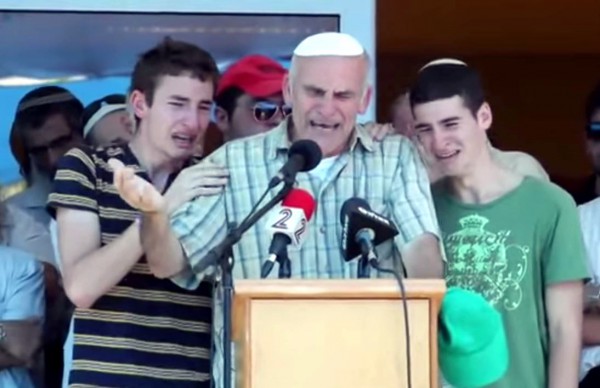 Hamas claimed responsibility for the murder, with the Al-Qassam Brigades stating that the “series of quality operations” show improvement from last summer’s lone-wolf attacks.

On Thursday, Israeli police set a gag order on the attack, which injured three others, and on a second shooting in which a Magen David Adom ambulance driving near Beit El was targeted, with no casualties.  (JP)

Israeli security officials also made multiple arrests of Hamas members in Judea-Samaria on Wednesday night, following the successful rounding up of around 40 Hamas terrorists around Nablus and northern Samaria in recent months.  (JP)

In cracking down on the terror cell, the Shin Bet (Israel’s FBI) and Israeli Police found NIS four million (roughly one million USD) in cash and gold, and said the Nablus cells were being run from Qatar by Nablus native Hussam Badran.  Badran, also a Hamas spokesperson, has called Palestinian Arabs to “revive the Al-Aqsa Intifada” in order to end the “occupation.”  (Times of Israel)

The Israel Defense Forces (IDF) and the Israeli Security Agency (Shin Bet) have stated that the array of attacks from the last two weeks is linked to one or two terror cells in Judea and Samaria, and that the shootings from earlier this week were organized by a terror cell still at large in the Benjamin region north of Jerusalem.

On Monday, the IDF Judea and Samaria Division Commander, Tamir Yadai, said the terror attacks against Israel are “gathering steam,” with the Ramadan-linked terror uptick, starting with the murder of 25-year-old Danny Gonen from Lod, Israel, on June 19.

Gonen and a friend were returning from a spring near the Dolev settlement northwest of Jerusalem when they stopped to help an Arab man who appeared to be asking for directions to the same spring.  When they stopped their car, the man shot both passengers at close range.

According to Israel’s Channel 2, the men were in an area of Judea-Samaria that requires coordinating with security authorities before entering.  (Times of Israel)

Also, on June 29, outside the Shuafat refugee camp near Jerusalem, a 15-year-old Palestinian Arab tried to go through an Israeli checkpoint with a submachine gun concealed by his clothes.  The day before, an Arab woman from Qalqilya, Samaria where a terror cell and hundreds of pounds of explosives were uncovered in March, also tried to enter Israel proper with a shotgun strapped to her back.

The same day, Liron Israeli, a 20-year-old border guard was serving at the Jerusalem-Bethlehem checkpoint at Kever Rachel (Rachel’s Tomb) when Bethlehem Muslim woman, Misun Moussa, stabbed her in the neck with a handmade knife. 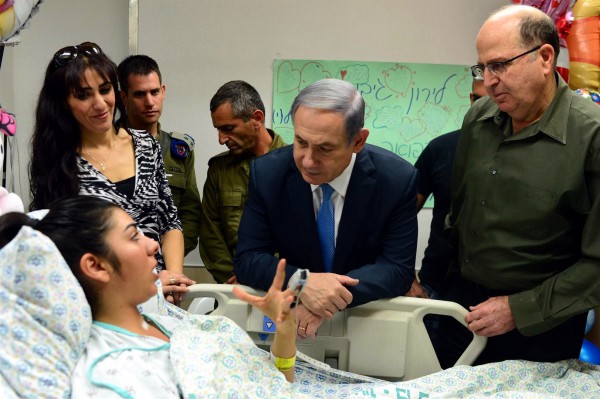