3,800-Year-Old Canaanite Fortress Discovered in the City of David

“It was Hezekiah who blocked the upper outlet of the Gihon Spring and channeled the water down to the west side of the City of David.”  (2 Chronicles 32:30) 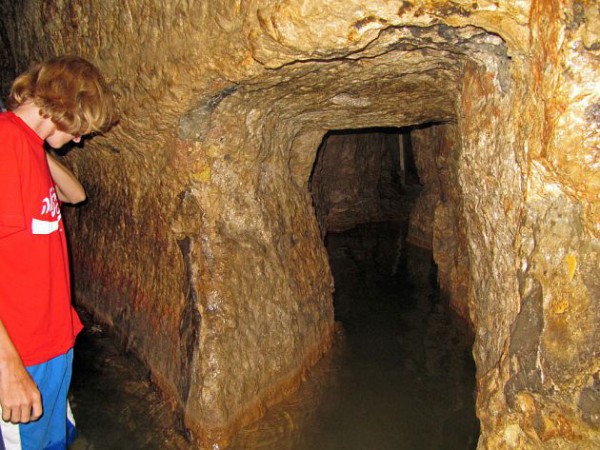 To this day, water still flows from the Gihon Spring to the Pool of Siloam through Hezekiah’s Tunnel.

“The Spring Citadel was built in order to save and protect the water of the city from enemies coming to conquer it, as well as to protect the people going down to the spring to get water and bring it back up to the city,” said City of David development director Oriya Dasberg.  (Jerusalem Post)

At 3,800 years old, the fortress is the largest of its kind ever found in Israel, circling the Gihon Spring, which is mentioned in the Bible.  (Israel Hayom)

The discovery is part of a 15-year excavation led by Eli Shukrun of the Israel Antiquities Authority and Professor Ronny Reich of the University of Haifa. 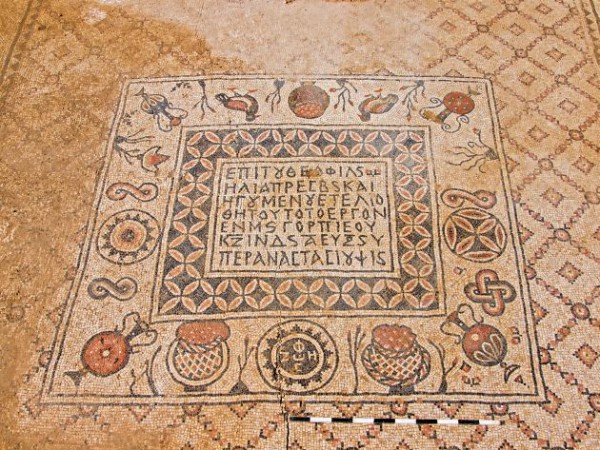 Another spectacular find was recently uncovered elsewhere in Israel.

During routine checks prior to the building of a highway interchange, the Israel Antiquities Authority (IAA) discovered an 82- by 155-foot mosaic-rich Byzantine-era monastery in the Negev near Hura.

“It seems that this monastery, located near the Byzantine settlement of Horbat Hur, is one monastery in a series of monasteries situated alongside a road that linked Transjordan with the Be’er Sheva Valley,” said excavation director Daniel Varga.

The monastery’s impressive, exquisitely detailed floors include a leafy mosaic in blue, red, yellow and green, a colorful mosaic of birds, baskets, plants and geometric designs, and Syriac and Greek markings and dates of each artwork’s completion. 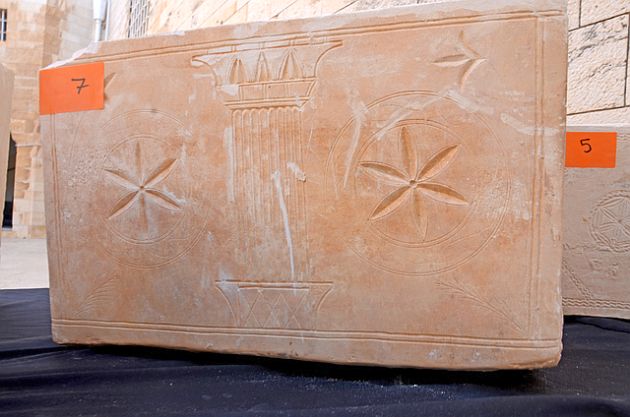 Details of one of the ossuaries (Photo: The IAA Unit for the Prevention of Antiquities Robbery)

Meanwhile, the IAA recently unveiled 11 ancient burial boxes called ossuaries that date to around the time of Yeshua (Jesus).  Police recovered the ossuaries, which were likely taken from a cave near Jerusalem during a midnight raid on antiquities dealers suspected of stealing the artifacts.

While the boxes are not particularly rare—the IAA has about 1,000 such boxes— some are elaborately engraved, an indication of the wealth and status of the deceased.

“We can learn from each ossuary about a different aspect of language, art and burial practice,” the deputy director of the Unit for the Prevention of Antiquities Robbery, Dr. Eitan Klein said.  “And we can learn about the soul of the person.” (Haaretz)

While the authenticity of these particular boxes is not in question, allegations of forgery have been made in the past regarding some ossuaries; for instance, the Lost Tomb of Jesus, a forgery case that closed in 2012. 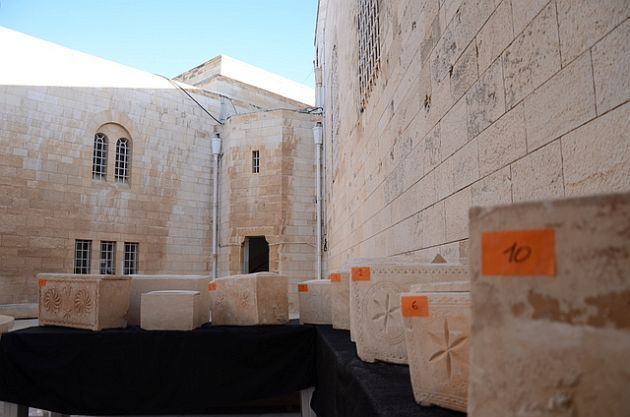 Several of the recovered ossuaries (Photo: The IAA Unit for the Prevention of Antiquities Robbery)