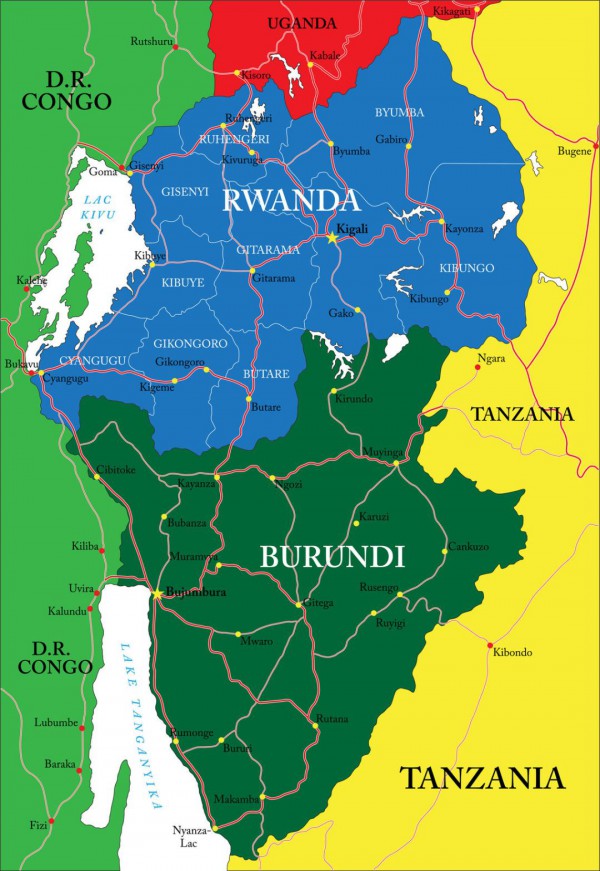 According to the Central Intelligence Agency’s (CIA) World Factbook, “Rwanda is a poor rural country with about 90% of the population engaged in (mainly subsistence) agriculture and some mineral and agro-processing.  Tourism, minerals, coffee and tea are Rwanda’s main sources of foreign exchange.  The 1994 genocide decimated Rwanda’s fragile economic base, severely impoverished the population, particularly women, and temporarily stalled the country’s ability to attract private and external investment.”

“I will make your descendants as numerous as the stars in the sky and will give them all these lands, and through your offspring all nations on earth will be blessed.”  (Genesis 26:4)

Gigawatt Global, an American-owned Dutch company with an extensive research and design branch in Israel, has just powered 15,000 homes and some 12 million people in sub-Saharan Africa’s Rwanda.

The 28,360 panel solar field built in the form of the African continent stands on land owned by the Agahozo-Shalom Youth Village.  The village is a kibbutz-type orphanage for victims of the 1994 Rwandan Genocide, modeled after similar kibbutz’s in Israel that were designed to heal and nurture children orphans created by the Holocaust.

The solar field was constructed in just 12 months with the support of the US government’s “Power Africa” initiative and the firm’s Jerusalem-based Energiya Global, which provided R&D as well as seed money before the parent company took over the actual implementation of the project.

United States Ambassador to Rwanda Erica Barks-Ruggles credits Energiya for its contribution, saying,  “As with any international project, you’ll find different partners bring different pieces to the table.  The experience and the research and development that the Israeli company brought technologically wise obviously helped Gigawatt Global to get going faster.  They had access to proven technology.” 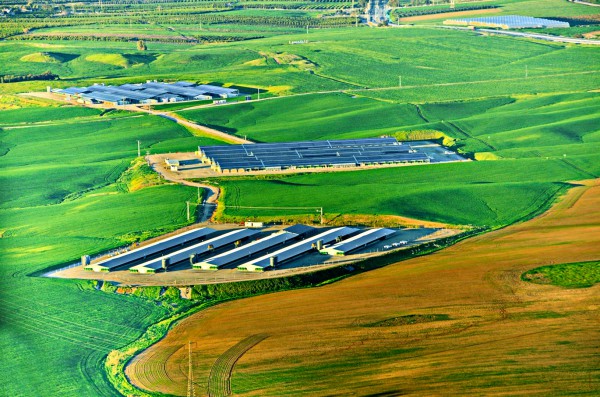 At a price tag of $23.7 million, it will provide 12 million residents with 8.5 megawatts of power.  Currently, Rwanda has about 138 megawatts of power available, meaning that this one project will increase capacity by 6 percent.

In a part of the continent where 600 million people live without electricity, this is a good start to Rwanda’s goal of connecting 70% of its households to electricity by 2018, in contrast to the current 23%.  (JPost)

Company president Yosef Abramowitz told the Times of Israel that the idea for the project came from Anne Heyman, Jewish South African-American attorney and philanthropist who founded the youth village in 2008.  Heyman died last January in a tragic horse riding accident.  She was only 52.

One of her hopes was to generate revenue to support the youth village, which the field is doing through income from the lease of the solar field land.

The village is modeled after Yemin Orde, an Israeli youth village established in 1953 to help children orphaned by the Holocaust. 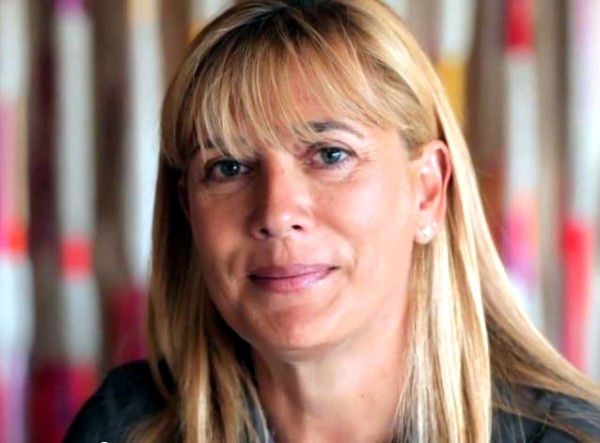 The word Agahozo is a local word for “the drying of tear” which is the function of the village, to be a place where “tears are dried” and to be a place which children can live in peace.  Hence the second name Shalom or “peace.”

Another hope of founder Anne Heyman was to provide emotional and intellectual development to these children, which is also coming to fruition.  The science club, for example, walked through the field with Abramowitz, who taught them the basics of how solar panels work.

Heyman would have also been very proud of Fabian Izabayo, the project’s assistant manager and a graduate of Abrahozo-Shalom’s first high school class: “It is a great opportunity for students of Agahozo to be next to this site,” he said.  (JPost)

The village is based on the family structure in which each youth is assigned by gender to residential families of 16.  The family dynamic functions to create a sense of brother sister relations who are each are accountable to their home’s Rwandan mama who, according to the organization’s website, “holds the primary responsibility for each child’s physical and emotional well-being.”  (asyv)

Abramowitz is a pioneer in the Israeli solar energy industry.  In partnership with the Arava Power Company, he built Israel’s largest solar field at Kibbutz Ketura located 30 miles north of the southern port city of Eilat in the Arava Rift valley. (Times of Israel) 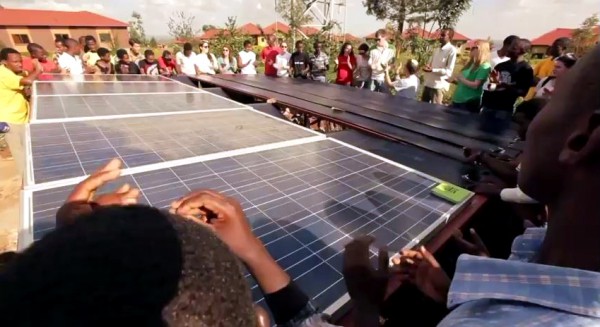 Yosef Abramowitz sings a version of “This Little Light of Mine” with students of Agahozo-Shalom Youth Village after explaining to them the fundamentals of the solar power project. (YouTube capture)