“I will turn you around, put hooks in your jaws and bring you out with your whole army — your horses, your horsemen fully armed, and a great horde with large and small shields, all of them brandishing their swords.  Persia [Iran], Cush, and Put will be with them.”  (Ezekiel 38:4–5)

As Russian influence in the Middle East strengthens, Israeli Prime Minister Benjamin Netanyahu met with Russian President Vladimir Putin at the Kremlin on June 7, marking their second meeting in two months and the fourth in the last year.

“We in Russia attach great importance to our contacts with Israel,” Putin stated.  “And not only because Israel is an important country, one of the key countries in the situation in the Middle East, but also due to historical relations between our states.”  (Tass) 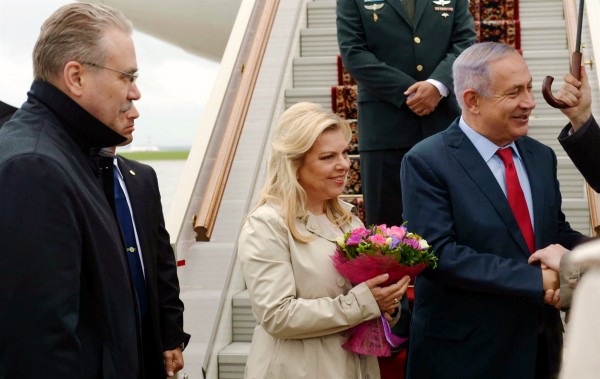 Netanyahu used his meeting at the Kremlin as a forum to discuss terrorism, the Israeli-Palestinian peace process, and previously established “understandings” between the Israeli and Russian air forces operating over Syria.

“We want to avoid conflict and make sure we are operating against those same entities that endanger everyone,” Netanyahu said at a press conference after Tuesday’s meeting, adding, “We talked about the challenges to all civilized countries such as terrorism and radical Islam.”

According to Tass News Agency, Putin emphasized “the necessity to pool efforts to counter international terrorism. … in this sense, we are unconditional allies.”  (JPost)

Putin also said on Tuesday that he desires a “comprehensive and just” solution in the peace process, expressing support for Israel’s responses to terror attacks and for the creation of two states in the Holy Land. 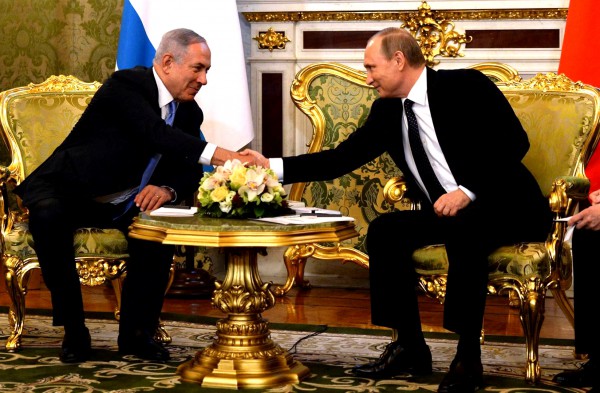 Both Hezbollah and Iran have an avowed animosity against the Jewish state, and Iran’s leaders continuously issue extermination threats against Israel.

He met with Putin in April, describing his trip to Moscow as having “one main goal — to strengthen the security coordination between us, so as to avoid mishaps, misunderstandings, and unnecessary confrontations.”  (Newsweek) 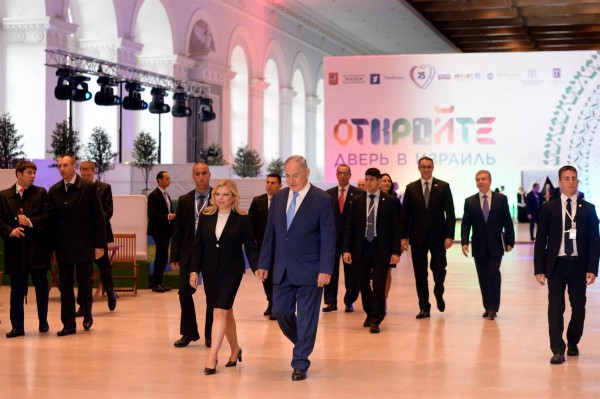 The meeting also marked the 25th anniversary of renewed diplomatic relations between Israel and Russia.  To mark the occasion, Netanyahu took part in a ribbon-cutting ceremony at the Moscow Manege exhibition hall’s “Open a Door to Israel” exhibit, which features some of Israel’s cutting-edge innovations.

“We are marking 25 years since the resumption of relations between us, and not only in culture and technology, but in so many other fields as well,” Netanyahu said at the exhibit.  “All of these things are being shown here.”

Netanyahu’s Israeli delegation, including his wife, Sara, said at the exhibit that they “are very moved to be here.”

“There are bonds of sympathy and empathy between Israel and Russia, with a common past that has tragic chapters for both peoples, but also a very strong willingness to grasp and develop the future and move forward in creating a better world,” he said.  “Thank you for the warm welcome in Moscow.  We certainly feel at home.  Israel’s doors are open to Russia and Russia’s doors are open to Israel.”

The prophet Ezekiel, however, warns that one day a coalition of nations including Iran (formerly Persia) will take advantage of that open door:

“On that day thoughts will come into your mind and you will devise an evil scheme.  You will say, ‘I will invade a land of unwalled villages; I will attack a peaceful and unsuspecting people — all of them living without walls and without gates and bars.  I will plunder and loot and turn my hand against the resettled ruins and the people gathered from the nations, rich in livestock and goods, living at the center of the land.’”  (Ezekiel 38:10–12)