Russian Sale of S-300 Missiles Cause Grave Concern For Israel

“When My people Israel are living in safety, will you not take notice of it?  You will come from your place in the far north, you and many nations with you.”  (Ezekiel 38:14)

His complaint was rebuffed by Putin, who told Russians on a phone-in program that the S-300 is “an exclusively defensive weapon and absolutely does not threaten Israel.”  (CSMonitor)

The S-300s carry a 145 kg (320 pound) warhead and have an intercept range of 120 km (75 miles) against cruise missiles as well as aircraft.  Advanced models can target ballistic missiles. 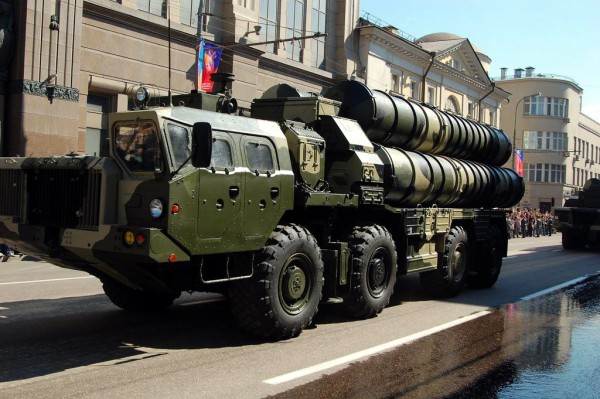 “Israel views with utmost gravity the supply of S-300 missiles from Russia to Iran, especially at a time when Iran is stepping up its aggression in the region and around the borders of the State of Israel,” Netanyahu said Sunday.

“Israel also views with utmost gravity the fact that there is no reference to this aggression in the agreement being made between the major powers and Iran.  There is no stipulation that this aggression be halted, whether at the start of the agreement or as a condition for the lifting of sanctions.  Yesterday we saw the military parade in Tehran and Iran’s exhibition of weapons to the world,” he said.

In contrast to Netanyahu’s concerns, however, US president Barack Obama said that he was surprised that Russia took so long to resume its missile sales to Iran, noting that Putin had previously suspended the sale “at our request.”

“I am frankly surprised that it held this long, given that they were not prohibited by sanctions from selling these defensive weapons,” he added.  (Times of Israel)

In response to the US president’s jaw-dropping comments, Israel’s Channel 10 News station’s news anchor, Alon Ben David added, “He’s amazed that the Russians honored an agreement with him [for this long]?  That’s what is astonishing.”  (Times of Israel)

The US president’s comments followed a statement by Prime Minister Netanyahu warning Putin that providing Iran with this system “will only encourage Iranian aggression in the region and further undermine the stability of the Middle East.”

In his statement, Netanyahu linked the sale to the present “dangerous deal on the table between Iran and the P5+1,” and asked, “Can anyone still seriously claim that the deal with Iran will enhance security in the Middle East?” 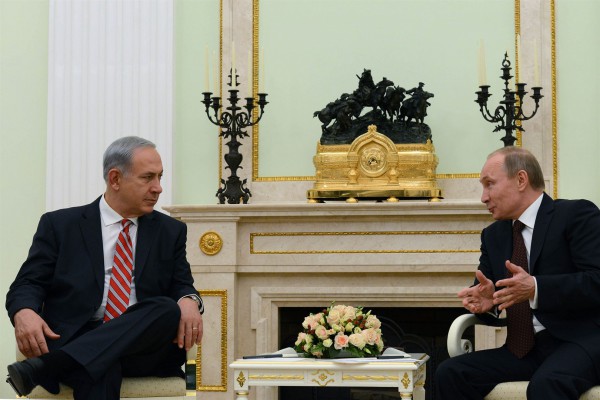 Putin said that he was moving forward on the $800 million Iranian arms deal that had originally been made in 2007 and suspended in 2010 under pressure from the West and the UN, now that a nuclear agreement was on the table between Iran and the P5+1.

In addition, Putin pointed out that a missile defense system is not on the list of any UN restrictions of military equipment transfers to Iran.  And it seems that Obama has made no real attempt to deter him from moving forward on the deal now.

Although many Israeli officials have expressed their concerns regarding the sale, several security experts describe the potential deployment of the system by Iran as a hindrance but not a game changer.

In the words of former Air Force Brig. Gen. Asaf Agmon, “If the Israeli Air Force had the ability to act against Iran’s nuclear facilities before the S-300, then it will have it afterward, too.”

He did voice his concern, however, that Iran might transfer the weapons to Hezbollah and Syrian President Bashar Assad.  Sources report that currently Iranian is stepping up its arms shipments to Hezbollah and Hamas.  (Times of Israel)

In last summer’s war with Hamas in Gaza, the UN asked Israel to share its missile defense system with the terrorist regime, so this sale could be one way for Hamas to gain access to such a system.

Yet, Iran would like this system for themselves as well, considering Israel’s promise to strike Iran’s nuclear facilities if it crosses a red line, making a nuclear bomb immanent. 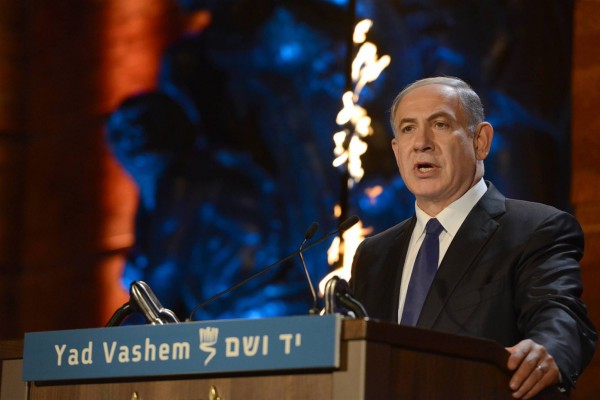 Leaders of the enlightened countries understood that it was a window of opportunity to establish a new world order based on protecting freedom, eradicating evil, and opposing tyranny.  In a loud and clear voice, they pronounced the central lesson of the Second World War for democracies—we must not turn a blind eye to the expansionist intentions of tyrannical regimes.

Appeasement of such regimes increases their propensity for aggression, and if this aggression is not curbed in time, humanity could endure much more difficult wars.

He then equated the goals of the Nazis to those of present-day Iran, saying, “Just as the Nazis hoped to crush a civilization, so Iran strives to take over the region and from there spread onwards, with the stated intention of destroying the Jewish state.”

He said that the bad deal being worked out shows that the historical lesson has not been learned and that the world’s leaders are shutting their eyes “to the masses in Tehran calling ‘death to America, death to Israel.’”  (YNet) 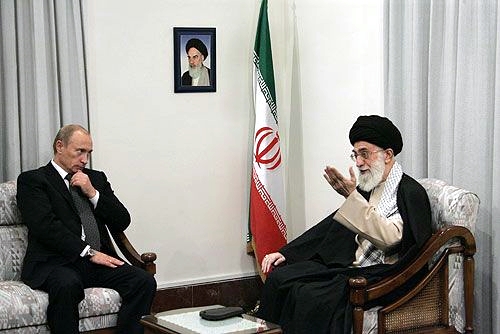 Vladimir Putin speaks with the Ayatollah in Iran (October 2007).

Netanyahu quoted Isaiah 60:2 to bring home his point that the world is shrouded in darkness:  “For behold, the darkness shall cover the earth and deep darkness the people.”

He emphasized that he views it as his responsibility to see that another Holocaust does not occur.

“Even if we are forced to stand alone against Iran we will not fear.  In every circumstance we will preserve our right and our ability to defend ourselves,” he said.

No one is certain of the exact timing for the delivery of the system, so this promise to defend Israel just may be fulfilled sooner than later.

We are certain, though, of one thing: Bible prophecy tells us that before the Messianic Kingdom arrives, Russia (the land of Magog) will devise an evil scheme to invade a “peaceful and unsuspecting people” in “a land that has recovered from war, whose people were gathered from many nations to the mountains of Israel.”  (Ezekiel 38:8)

Ezekiel 38 further describes how the leader from Magog will lead a coalition that includes Iran (Persia) and other specified nations to invade and plunder the wealth of Israel.

The people of Israel are certainly aware of the hostile threats against them, yet they do live in relative peace and stability within their own cities and villages, “living without walls and without gates and bars.”  (Ezekiel 38:11)

So when we pray for peace, let us also pray for protection and salvation of those in the Land, as we keep our watch for these end-time events that must occur.