As concern builds over ISIL [Islamic State of Iraq and Levant], there has been much talk this week of forming a coalition against terror.

On Friday, the United States sought to use a NATO summit in Wales to enlist allied support to form a “core coalition” in fighting the Islamist militants.

“We’re convinced in the days ahead we have the ability to destroy ISIL,” US Secretary of State John Kerry said.  “It may take a year, it may take two years, it may take three years.  But we’re determined.” 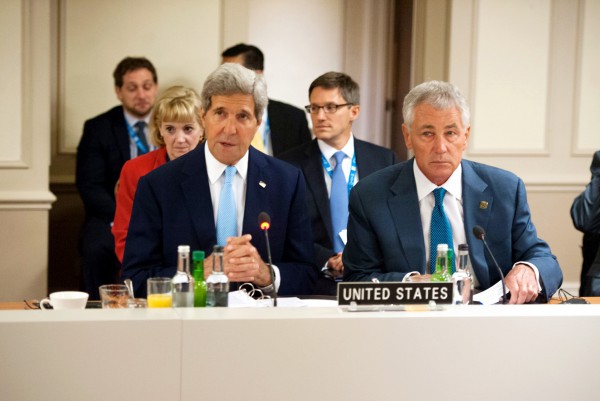 US Secretary of State John Kerry speaks at a meeting that he and Defense Secretary Chuck Hagel convened about ISIL during the NATO Summit in Wales.

On another front, former Israeli president Shimon Peres met with Pope Francis this week to discuss the rise of terrorism in the Middle East.  The two talked about “Operation Protective Edge” and the many terrorist activities that Hamas attempted to carry out during the recent conflict.

They did not discuss similar growing threats that are occurring in the US where a network of 22 terrorist training camps have formed across the US.  While the FBI is aware of the threat, they cannot act against it until the US State Department declares their umbrella group, MOA [Muslims of the Americas] / Jamaat ul-Fuqra, a Foreign Terrorist Organization (FTO).  (PJ Media)

Peres told the Pope, “Hamas’ use of schools, hospitals and mosques as launching pads, and its use of human shields, are opposed to all religious beliefs,” adding, “The war on terror is painful and harms innocents on both sides.”

They also discussed the growing threat of the Islamic State in Syria and the threat of Al-Qaeda forces on Israel’s northern border.

Francis noted that “in view of the rise of terror, we must join forces and act with resolve against the growing threat of terror which is an enemy to all religions.” (jspace)

“It would be the best way to combat these terrorists who kill in the name of their faith because most people are not like them; they practice their religions without killing anyone, without even thinking about it,” Peres said.  (Famiglia Cristiana) 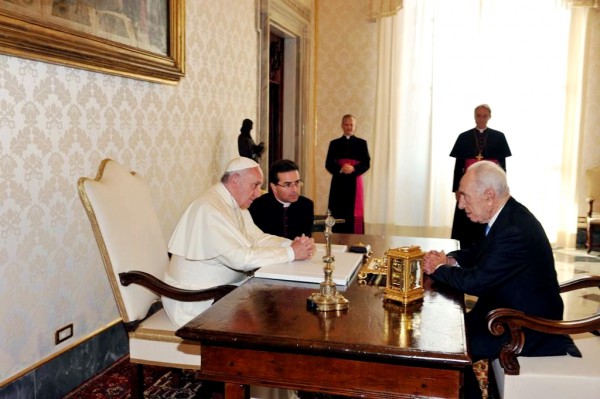 While Peres was meeting with the Pope, yet another coalition was suggested.

The US State Department announced Wednesday that US Secretary of State John Kerry spoke with Prime Minister Benjamin Netanyahu on Tuesday, as well as a handful of other leaders, suggesting that a global coalition be forged to fight the “medieval savagery” of the Islamic State.

According to a State Department spokeswoman, the main goal of the coalition would be “destroying and degrading ISIL” while bringing stability to Iraq and Syria.  (ISIL, ISIS, and IS are all acronyms for the Islamic state terrorist organization.)

Despite the series of public beheadings by the Islam terrorist group, the Secretary of the US continues to refer to Islam as a “peaceful” religion.

“The real face of Islam is a peaceful religion, based on the dignity of all human beings,” he said.  (BIN) 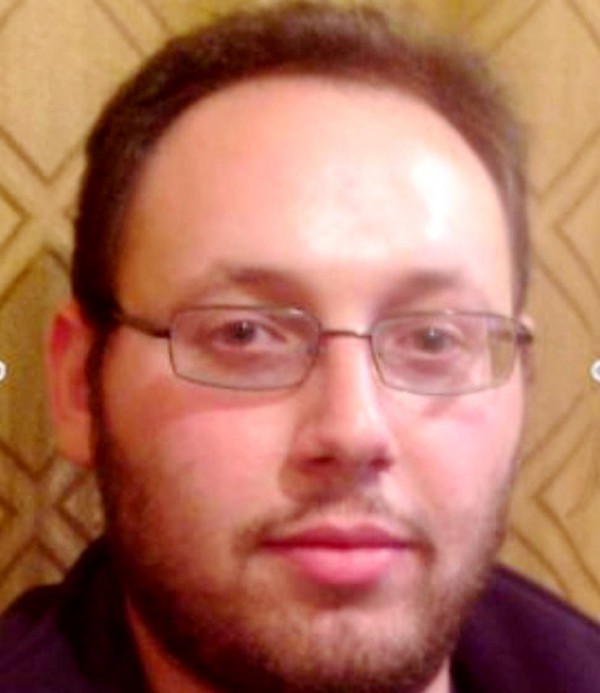 Steven Joel Sotloff was an American-Israeli journalist. He was kidnapped in August 2013 in Aleppo, Syria, and held captive by militants from the Islamic State of Iraq and the Levant (ISIS).  ISIS released a video of his beheading on September 2, 2014.

It has been revealed that the second US murder victim to be beheaded was Steven Sotloff, an American Jew who was also an Israeli citizen, and who studied at the IDC school in Herzliya Israel.  His last visit to Israel was in August of 2013 when he attended the Maccabiah Games.

He was apparently captured by the ISIS organization shortly after this when he returned to Syria to continue his reporting.  He operated as a freelance reporter for several publications, including at least one (the Jerusalem Report) from Israel.

In order to protect him, his friends had bonded together to hide his identity and to request websites to remove any mention of his being Jewish. (Times of Israel)

Israel is one of the countries that ISIS has been threatening and indeed it is already on Israel’s doorstep in Syria and has reportedly already infiltrated Gaza.

In fact, it is a common practice in the Gaza Strip to murder alleged collaborators. During the recent conflict on July 28th, 18 civilians were publically executed for engaging in anti-Hamas protests, and again on August 22nd, at least 18 were killed for “collaboration” with Israel. 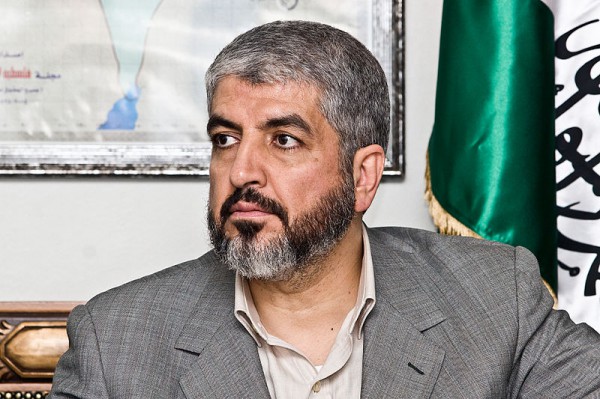 This has led an Israeli civil rights group to file a complaint with the International Criminal Court (ICC) in the Hague against Hamas leader Khaled Mashaal, who is a Jordanian citizen.  Because Jordan is an ICC member state, the charges are legal and hold international weight.

If the trial goes forth and Mashaal is found guilty, the punishment for war crimes is imprisonment for life without the possibility of parole. As to the possibility of such a thing happening, in the past, the chief ICC prosecutor has written that the court is willing to deal with allegations against Hamas.  (BIN)