“The pride of man will be bowed down, the arrogance of men will be humiliated, and when that day comes, the LORD alone will be exalted.”  (Isaiah 2:17)

According to Iran’s Tasnim News Agency, Salami announced that Hezbollah, Iran’s terror-group proxy to the north of Israel in Lebanon, is “ready to hit Israel to liberate the occupied Palestinian territories if the Zionist regime repeats its past mistakes.”

“Today, the grounds for the annihilation and collapse of the Zionist regime are [present] more than ever,” he stated, saying that at a “wrong move” by Israel, “dedicated fighters” would launch an attack with a weapons cache that includes “tens of thousands of destructive long-range missiles.”

“God willing, the territories will be liberated,” Salami added 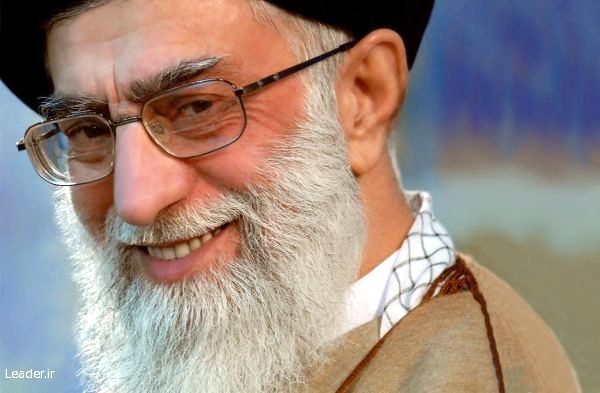 Iran initiated al-Quds Day in 1979, the same year its Islamic Revolution began.  The day’s activities are designed to counter Israel’s Yom Yerushalayim (Jerusalem Day), which began in 1968, one year after Israel liberated eastern Jerusalem and the Temple Mount from the occupation of Jordan.

Al-Quds is observed in Iran as a day of solidarity with the Palestinians as Islamic efforts seek to liberate the land from the Mediterranean Sea to the River Jordan and bring it under Palestinian control.  At an al-Quds Day rally in Iran, a large “Statue of Liberty” wearing a Star of David crown, along with another effigy painted with an Israeli flag were set on fire.

Iranians also expressed other forms of solidarity, wearing messages and carrying signs with Palestinian (or Jordanian) colors, shouting “Death to America” and “Death to Israel” as they torched symbols of those nations.  (Tasnim)

“The Zionist regime is a regional base for America and the global arrogance,” noted Iran’s president on state television on Friday, complaining that the West is trying to pit Shiite and Sunni Muslims against one another in order to distract from the “dispossessed Palestinian nation.”

“Disunity and discord among Muslim and terrorist groups in the region … have diverted us from the important issue of Palestine,” he said.  “Unity is the only way to restore stability in the region.”

As well, Muslim students were called to be a united front against America and Zionism, with Khamenei recommending “campaigns in cyberspace to oppose U.S. and Zionist-regime (Israeli) policies.”  (TOI) 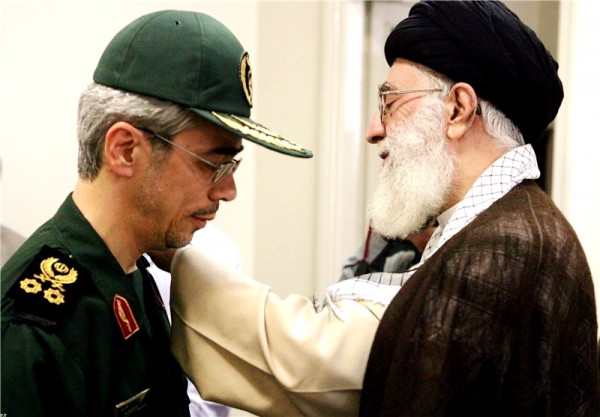 Iran’s new chief of staff, Maj. Gen. Mohammad Hossein Bagheri, who was appointed last Tuesday, confirmed an Iranian Revolutionary Guard Corps (IRGC) statement released on al-Quds Day, promising that Israel would be eradicated off the map in 25 years as a result of the Palestinian intifada.

The IRGC statement added that “liberation of the beloved Al-Aqsa Mosque and Palestinians from under the occupation of Zionists” comes from the “courage provided by the Islamic Revolution and a globalized approach to systematically fighting dominance and Zionism on International Quds Day.”

Bagheri rises from the ranks of the elite IRGC.  He has served as deputy of intelligence and operations at the IRGC as well as the previous chief of staff’s deputy.  His predecessor will now serve as a “senior adviser.”

That predecessor, Hassan Firouzabadi, stated in 2012, “The Iranian nation stands for its cause, which is the full annihilation of Israel.”