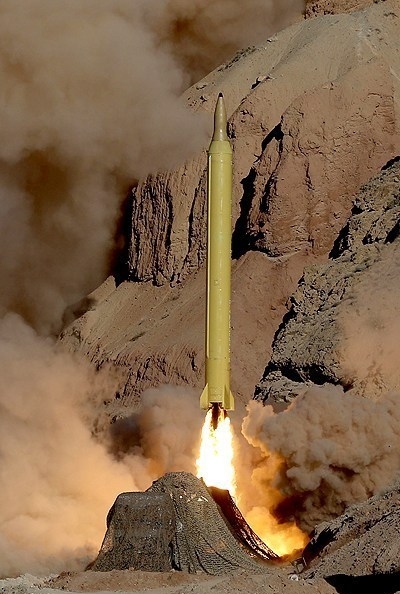 Launching a missile with a deadly, prophetic message for Israel, Iran showed off its military might Tuesday as Vice President Joe Biden attended meetings in central Israel the same day.

Iran fired two long-range ballistic missiles with the message written in Hebrew: Yisrael Tsricha LeHimachek Me’Al pnei ha-adama — Israel shall be wiped off the face of the earth.  The threat is reminiscent of the intentions of Israel’s enemies as prophesied in Psalm 83:4:

“They say, ‘Come, let us wipe them out as a nation; let the name of Israel be remembered no more!’”

Iran’s Fars News Agency indicated that these two missiles were shot from Iran’s eastern Alborz Mountains, aimed to strike coordinates in the Sea of Oman, 870 miles (1,400 km) away.

Amir Ali Hajizadeh, the head of Iran’s Revolutionary Guard’s aerospace division, confirmed that “the 2,000-kilometer (1,240-mile) range of our missiles is to confront the Zionist regime,” meaning Israel.

Hajizadeh said that the words on the missiles were “a choice by colleagues” and not a high-level decision.  Even so, he told Fars News that “Israel is surrounded by Islamic countries and it will not last long in a war.  It will collapse even before being hit by these missiles.” 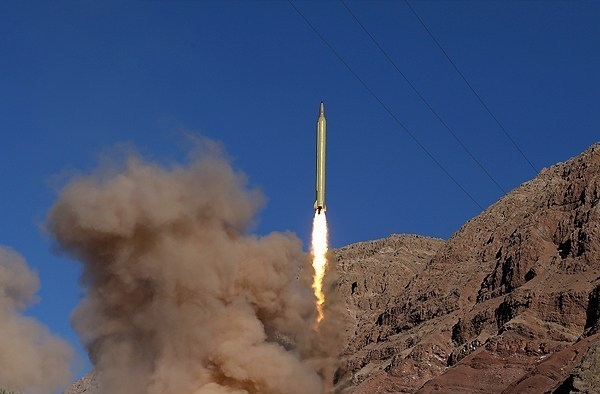 Despite that threat, the Prophet Ezekiel warns that those who invade Israel during the end-time war(s) (which possibly includes Russia as well as Iran) will incur the Lord’s devastating wrath:

“’I will no longer let my holy name be profaned,’ says the Lord.  ‘I will display my glory among the nations, and all the nations will see the punishment I inflict and the hand I lay on them.  From that day forward the people of Israel will know that I am the LORD their God.’”  (Ezekiel 39:7, 21–22; see also Psalm 83:13–18)

The Israel Foreign Ministry released a statement, saying, “The missile launches over the past few days represent a clear violation of Security Council Resolution 2231, which adopted the nuclear deal between Iran and world powers.  The decision bars Iran from firing missiles that have the capability to carry a nuclear warhead — which are precisely the missiles they fired.”

But Iran’s official position about the launch, according to IRNA news agency is that the missiles were “conventional defensive instruments and they were merely for legitimate defense,” stated Foreign Ministry spokesman Hossein Jaberi Ansari. 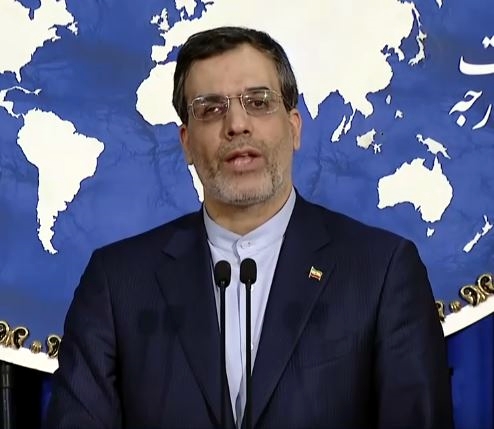 The day after the missile test, on his visit to Jerusalem, the US vice president reportedly urged Netanyahu to accept the renewed 10-year defense aid package and not to wait for the next US administration, which Netanyahu has proposed doing if his requested increase in funding cannot be met.

The current agreement that ends in 2018 designates $3 billion a year.  The renewed package offers a similar amount but with no possibility to add additional funding throughout the year, except for extreme emergencies.  Israel reportedly is seeking $5 billion annually in light of regional threats from the Islamic State; terrorist pockets such as Hezbollah, Hamas, Islamic Jihad; and Iran.

Israel must also consider the growing arsenal of weaponry pouring into the Gulf states, even those who are relatively friendly toward Israel could join an anti-Israel coalition at any time:

“Yes, there’s a convergence of interest on some key issues between us and many of the Gulf states.  But that doesn’t mean we can ignore the tremendous amount of sophisticated military hardware that is flowing into a region where instability is rife and regimes can change,” said an Israeli Foreign Ministry official.

And while $30 billion over ten years might seem like a lot of money, the economic reality is that “Iran’s going to get about $100 billion now” from unfrozen assets, Netanyahu told CNN’s Fareed Zakaria. 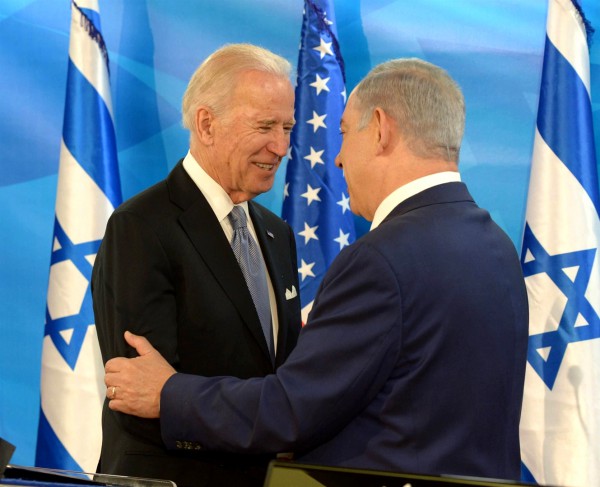 Those billions are quickly being spent on building up its military arsenal.  Even though there is a United Nations embargo on selling weapons to Iran for at least five or more years, Russian President Vladimir Putin lifted a ban on selling and shipping nuclear-related technology to Iran.

In November, Russia also gave a green light to the transfer of S-300 surface-to-air anti-aircraft batteries for Iran’s defense and delivered the first of the batteries to Iran on February 18, according to Russia’s RIA state news agency.

In a welcome turn of events, however, Russia recently halted future delivery once Israel proved that some of Russia’s SA-22 missiles were sitting in Hezbollah territory in Lebanon.

This freeze is a sign that Russia is keeping its agreement with Israel to not let its own missiles or anti-missiles be used by Hezbollah, which lies in wait on the Israel-Lebanon border.

Iran, however, has made several purchase requests.  Russia Today stated in mid-February that, “Iran is seeking to buy Russian Su-30 and Yak-130 jets; the Mi-8 and the Mil Mi-17 helicopters; the K-300P Bastion-P Russian mobile coastal defense missile system equipped with Yakhont anti-ship missiles, in addition to diesel-electric submarines and other military equipment.”

“There are also reports that Iran is interested in purchasing T-90 tanks,” as well as learning from Russia how to repair its current fleet of Russian jet fighters (Mikoyan MiG-29), supersonic super bombers (Sukhoi Su-24MK), and submarines.  (Russia Today)

As well, Russian President Vladimir Putin surprised the West on Monday when it ordered a withdrawal of Russian forces from Syria, a country in shambles from a so-called civil war.  The Russian air campaign, which backed Syrian President Bashar al-Assad, is thought to have hit terrorists, Western-backed rebel groups and civilian areas.

Prophecy watchers await Iran and Russia’s next move in light of the events described in Psalm 83 and Ezekiel 38.

“Thus says the Lord GOD: On that day, thoughts will come into your mind, and you will devise an evil scheme and say, ‘I will go up against the land of unwalled villages.  I will fall upon the quiet people who dwell securely, all of them dwelling without walls, and having no bars or gates,’ to seize spoil and carry off plunder, to turn your hand against the waste places that are now inhabited, and the people who were gathered from the nations, who have acquired livestock and goods, who dwell at the center of the earth.'”  (Ezekiel 38:10–12)