“The enemy boasted, ‘I will pursue, I will overtake them.  I will divide the spoils; I will gorge myself on them.  I will draw my sword and my hand will destroy them.’” (Exodus 15:9)

An Iranian organization has released a video that calls Muslims to unite to “erase Israel from the annals of history.”  The video dramatizes thousands of Islamic soldiers from Iran, Lebanon and Gaza assembling in battle formation just beyond the walls of Jerusalem.

Arabic banners promise that Israel will be “erased from the annals of history,” stating that “the youth will definitely see that day when it comes.”  (JPost)

The video comes a month after Khamenei released a book titled Palestine, which heralds Iran’s hegemony.  Designating Jewish Israelis as a sub-class in his one-state solution, Khamenei states that those Jews who prove “genuine roots” in the Holy Land would be allowed to stay. 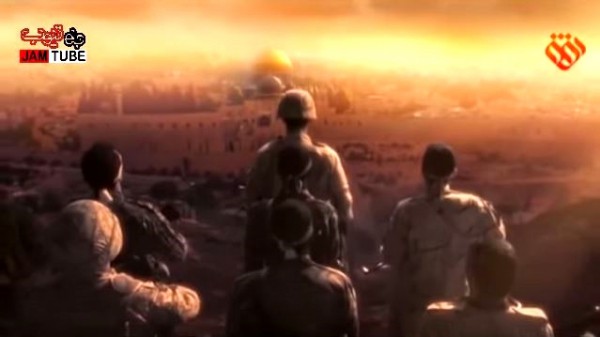 The video evokes images of the battle of Psalm 83 in which ten nations with one mind “plot together; they form an alliance against you [Israel].”  (Psalm 83:5)

The coalition nations listed in Psalm 83 and their likely modern identities (based on work by authors Bill Salus and Joel Richardson) are the following:

Each of the nations represented in the video: Iran, Iraq, Lebanon/Hezbollah, and Hamas are mentioned in the coalition of Psalm 83—nations that can easily enlist the help of the other ready and willing groups:  Jordanians, Syrians, Saudis and Sinai Arabs.

Moreover, the purpose of the invasion in Psalm 83 is to wipe out Israel as a nation “so that Israel’s name is remembered no more” (Psalm 83:4)—the stated goal in the video. 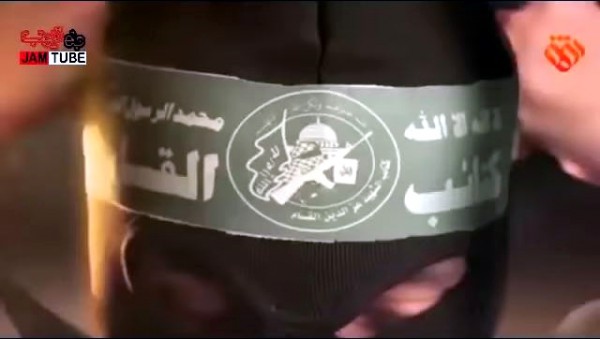 A terrorist in the new video puts on the al-Qassam brigade (Hamas) insignia.  (YouTube capture)

This is something to keep a close eye on, as some prophecy watchmen believe that the battle of Psalm 83 will occur before the end-time invasion against Jerusalem described in Ezekiel 38.  That battle involves the following nations:

“Persia [Iran], Cush [the upper Nile region] and Put [Libya, some of Egypt and north Africa] will be with them, all with shields and helmets, also Gomer [Ukraine] with all its troops, and Beth Togarmah [Turkey, Turkomen, Turkestan and Armenia] from the far north with all its troops—the many nations with you.” (Ezekiel 38:5–6)

Of this group, only Iran is represented in the video.

Also, in Ezekiel’s latter-times invasion, the coalition comes to “plunder and loot” (38:12), not to destroy Israel.  There is a divine purpose as well.  The Lord promises to Gog, the leader of the coalition, “I will bring you against My land, so that the nations may know Me when I am proved holy through you before their eyes.”  (38:16)

In the context of Ezekiel’s prophecy, the prophet observes that the invasion occurs after the land of Israel has “recovered from war” (perhaps the war of Psalm 83) and after the people have been “gathered from many nations to the mountains of Israel, which had long been desolate.”  (38:8) 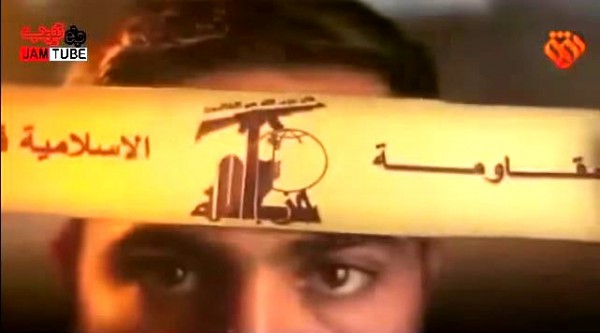 The video shows a Hezbollah fighter joining the alliance against Jerusalem.  (YouTube capture)

So while the nations of Ezekiel 38 do not seem to be in place yet to plunder and loot Israel, it does seem that the nations of Psalm 83 are already united and very close to invading in order to wipe out Israel’s name forever.

At this stage in God’s unfolding plan for Israel and the world, we can stay vigilant in our watch and prayer for wisdom in these latter days, sharing with others the news of the Bible’s many prophecies, especially those that reveal the identity of the Jewish Messiah.