“Where can we flee for help to be delivered from the king of Assyria: and how shall we escape?”  (Isaiah 20:6)

As ISIS sweeps across ancient Assyria and Babylon, (modern-day Iraq), destroying Christian churches, monasteries and Shia shrines, it is now in control of the Mosul Museum, which is full of historic treasures.

ISIS also controls Mosul (ancient Nineveh) itself, a region where many events recorded in the Bible occurred, including Jonah. 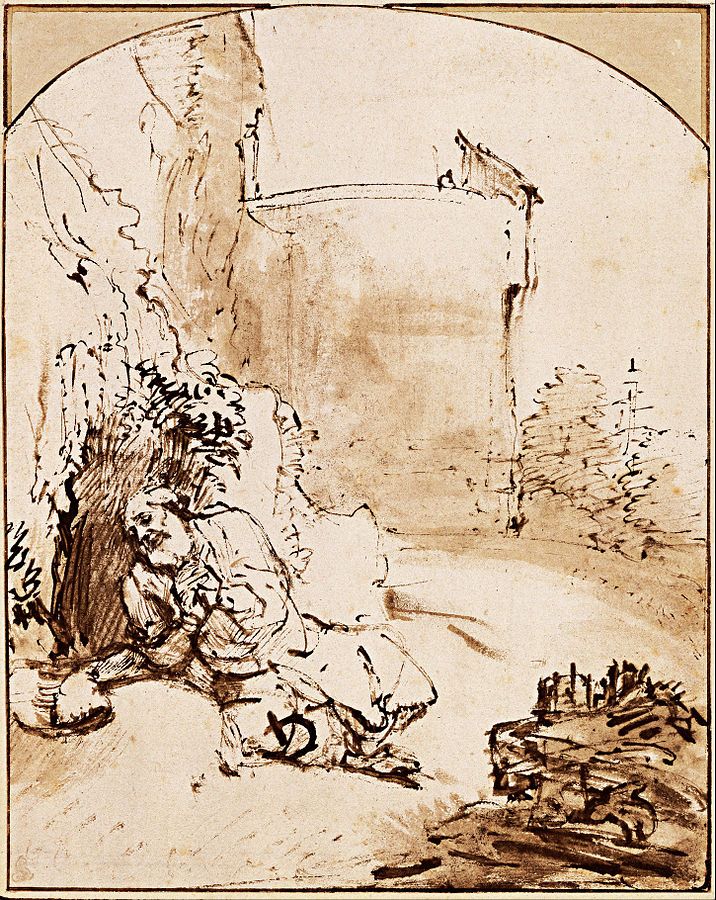 The Prophet Jonah Before the Wall of Nineveh, by Rembrandt

The museum was slated to reopen soon, after recovering from the US invasion in 2003, but it is now occupied by ISIS operatives who are awaiting orders from Abu Bakr al-Baghdadi, the self-declared caliph (head of state) of ISIS as to when to destroy the pagan idols.  (Daily Beast)

As well, Christians have been fleeing the area in a mass exodus as ISIS issued an ultimatum: convert to Islam, pay a tax, or be killed.

Some of the communities fleeing have been in northern Iraq for almost 2,000 years.

As they flee Mosul, seeking refuge in Iraqi Kurdistan, they are being stripped of all their possessions.

“The Islamic State [ISIS] stopped my relatives at a checkpoint when they were fleeing and when they found out they were Christians, they took everything they were carrying, including their mobile phones.  They left them only with the clothes they were wearing,” one Christian man said.  (Independent)

ISIS is also stripping the country of valuable Biblical treasures.

Looted antiquities from one region of Syria alone helped to raise up to $36 million for the group.  (National Geographic)

Thomas Livoti, a PhD student at the University of Montana who is studying the impact of counterinsurgencies on antiquities in the region, told the National Geographic, “Both al-Qaeda and the Taliban looted antiquities for the purpose of funding their operations.”  He explained that the US is freezing bank accounts and cracking down on false charities, so groups like ISIS are being forced to find alternative methods for attaining necessary financing.

The Iraqi National Museum Director told the Daily Beast that he believes that American drone strikes on ISIS could save the antiquities without destroying the archeological digs, so the Iraqi authorities are asking the US to step in to protect the artifacts.  (Relevant)

“Unfortunately, the fate of this cultural heritage doesn’t look good,” says Aymen Jawad, the executive director of Iraq Heritage, a not-for-profit advocacy group in Britain.  “One of the world’s oldest cities in the Middle East is about to turn into another cultural desert that radical groups are so efficient at creating, while the rest of the world sits and watches.”  (BIN)

The Prophet Jonah, by James Tissot

A video has also surfaced of ISIS destroying what is believed to be the prophet Jonah’s (known as Yunis in the Koran) gravesite.  (kdlg)

The archaeological finds stored in the Mosul Museum, and now under threat, are more than mere artifacts or even idols.  They are evidence that the Bible is true and, for that reason, Jews and Christians alike have a vested interest to call for their protection.

Some artifacts are evidence of historical events not mentioned outside the Bible, a fact that has led many skeptics to assume that Bible accounts are just myths.  One such “Biblical myth” was the existence of King Sargon of Assyria who supposedly reigned in the early 8th Century BC.  He is mentioned by the prophet Isaiah and in the historical records in the Book of Kings.

“In the year that the supreme commander, sent by Sargon king of Assyria, came to Ashdod and attacked and captured it …”  (Isaiah 20:1)

For many centuries, King Sargon’s legacy remained a fable—that is, until March of 1843 when the French archeologist Paul Emile Botta and his excavation team unearthed Sargon’s palace at Dur Sharrukin (Khorsabad), which is just north of Nineveh near the Tigris River.

Inscriptions on palace walls and artifacts have proven the existence of King Sargon and his conquests in Israel to be true, such as this one: “In my first year I captured Samaria.  I took captive 27,290 people.  People of other lands, who never paid tribute, I settled in Samaria.”