While the Islamic State (ISIS) destroys evidence of non-Islamic history throughout Iraq and Syria and has banned the study of archaeology, Israeli antiquity experts are meticulously recording and preserving Israel’s past—including an ancient church found recently on the road to Jerusalem.

Amid excavations preceding roadwork on Highway 1, which traces an ancient Roman-era road, the Israel Antiquities Authority (IAA) announced the discovery of a Byzantine-era way station complete with a 1,500-year-old church. 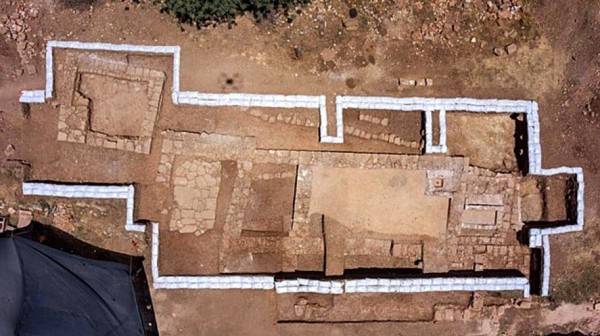 The chapel structure was marked by a white mosaic floor and a small baptismal font shaped like a four-leaf clover, thought to be a symbol for the cross.

As was done with newly found portions of the Jerusalem aqueduct earlier this spring, the IAA documented the archaeological finds for study and, in accord with the National Roads Company, will re-cover the site to preserve it.  (BIN)

The way station is one of several that have been found along the ancient road, which would have seen large numbers of Jewish Believers and Gentiles making pilgrimages to the Holy City.

Two other churches found earlier along the route were located at Kiryat Yearim and Emmaus, a village where two followers of The Way (the name first assigned to Yeshua and His ministry) were walking when Yeshua (Jesus) appeared to them after His resurrection (Luke 24:13–35).

“As they approached the village to which they were going, Yeshua continued on as if he were going farther.  But they urged him strongly, ‘Stay with us, for it is nearly evening; the day is almost over.’  So he went in to stay with them,” as other travelers later would do along the same road.  (Luke 24:28–29) 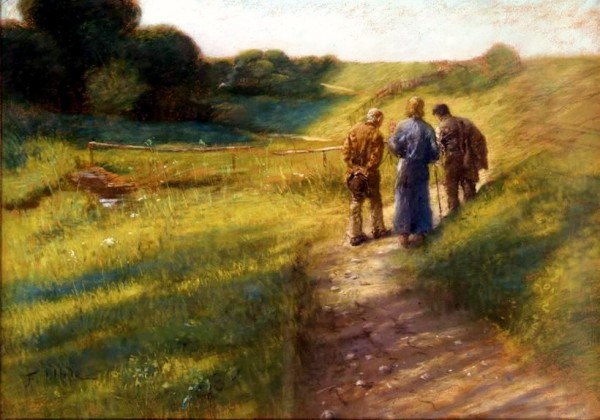 These stations gave a necessary reprieve to weary travelers, while the chapels would have been used by many of the Christians on their way to Jerusalem.

Even today, 70 percent of Israel’s incoming tourists are Christian pilgrims “who come to experience the Holy Land and walk in the footsteps of Jesus,” writes Julie Baretz, Israeli tour guide and author of The Bible on Location: Off the Beaten Path in Ancient and Modern Israel.  (Jewish Book Council)

“I work frequently with American evangelicals; they are fervently interested in the context of Christian Scripture and anything that will shed light on the Israel and the Judaism that Jesus knew,” Baretz writes.

Israel’s stellar accommodation of Christians and preservation of ancient artifacts stands in contrast to the destruction of artifacts by the Islamic State.

And some Christians are standing against ISIS to defend Jewish history.

On May 17, with the seizure of Ramadi, the capital of Iraq’s Anbar province, the militant Islamists stand only 10 miles away from Al-Qosh on the northern plateau of Nineveh, where the Prophet Nahum is believed to be buried and several thousand Assyrian Christians have lived for centuries.

Because of a promise his grandfather made 60 years ago to the Jewish community to care for Nahum’s tomb, Assyrian Christian Asir Salaam Shajaa and his family are preparing to take a courageous stand against ISIS.

When the Jewish community was expelled from Iraq in 1950, they entrusted to the Shajaa family the protection of the 2,700-year-old tomb in the 2,500 year-old synagogue, the last prominent Jewish structure in northern Iraq.  (BIN) 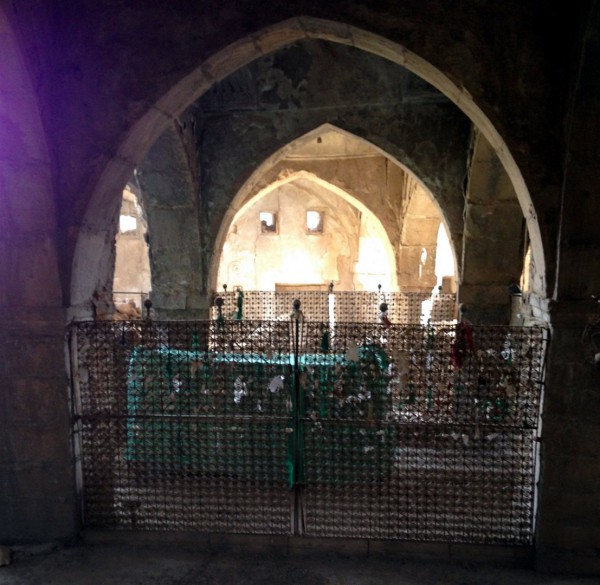 The tomb of the Jewish Prophet Nahum in Al-Qosh.

Nahum was “a prophet of the Israelite exile who famously predicted the destruction of Nineveh, the Assyrian Empire’s mighty capital, in the seventh-century BCE,” writes Benjamin Kweskin in a June 7 blog post on Forward, describing his own visit to the site this Shavuot.

“Walking into the dark and halfway toppled synagogue was an emotional experience:  Each time I walk around in this dilapidated structure, I graze my fingers over the ancient stones and pillars, and at once I am transported to a different time, when Kurdish Jews still lived here, prior to Israel’s establishment in 1948,” Kweskin writes in his post entitled “Praying at a Jewish Tomb in Shadow of ISIS.”

“I hear the clamor and jumbled chants of a prayer service mixed with joyful cacophonies of men, women and children celebrating, laughing, singing and dancing in their colorful traditional clothes.  I don’t want to open my eyes,” he continues.

“On this most recent pilgrimage to the synagogue, a small part of me was nervous, but not due to fear; I felt that something was pulling me to go to the synagogue on Shavuot and reaffirm some semblance of a Jewish presence in a very Jewish place, 30 miles from the Islamic State — a symbolic act of spiritual resistance.”

Most of the Christians in Al-Qosh fled to Kurdistan, Turkey or Jordan after ISIS captured Mosul in June 2014, where they destroyed the Prophet Jonah’s tomb about 30 miles south.