“And he ordered the army, ‘Advance!  March around the city, with an armed guard going ahead of the ark of the Lord.'”  (Joshua 6:7)

Last week, as the United Nations Human Rights Council (UNHRC) debated a resolution condemning Israel for violating human rights during 2014’s Operation Protective Edge, more than 1,200 demonstrators, including many Christians and Jews, rallied in Geneva outside the Place des Nations, calling to the United Nations to treat Israel fairly.

“The people of Israel live,” declared the rallied crowd representing more than 80 non-governmental organizations.  The crowd held signs urging that Hamas be recognized as a terrorist organization that has tried to break down democratic Israel.

One protester’s sign read, “16,500 missiles have been fired from Gaza into Israel.”  (JPost) 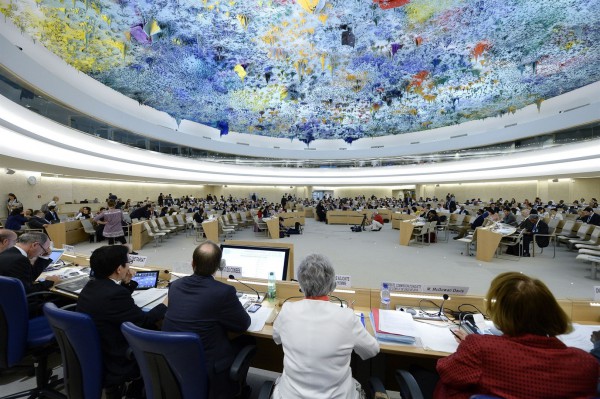 A general view of participants during the presentation of the report by the Independent Commission of Inquiry on the 2014 Gaza Conflict during the 29th Regular Session of the Human Rights Council on June 29, 2015.  (UN photo by Jean-Marc Ferré)

World Jewish Congress CEO Robert Singer called for change at the UN.  He condemned the organization for its obsession with Israel, saying that the UN’s double standard impedes its ability to protect human rights.

“Today, whenever Israel has to make use of its legitimate right to defend its existence against the thousands of rockets fired into its territories, when it tries to destroy the terrorist infrastructure of Hamas and other groups in Gaza, it is immediately accused of committing war crimes by the United Nations,” said Singer.  “This obsession is destructive and it stands in the way of an effective human rights policy that is so badly needed.”  (JPost)

“Gaza is still an occupied territory, but the occupier is not Israel.  It’s a terrorist movement called Hamas,” Singer added.  “Blaming Israel for every woe has become a sport.  Not just here at the UN, but here especially.”  (JP) 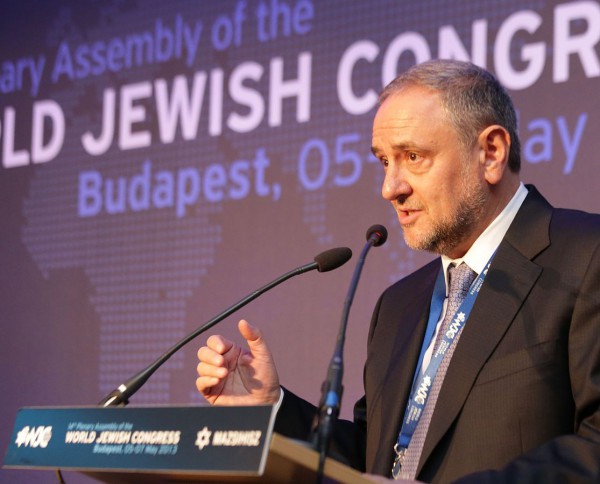 From its creation in June 2006, the UN’s Human Rights Council has condemned Israel 61 times, while not once condemning China, Cuba, Iraq, Egypt, Mauritania, Saudi Arabia, Somalia, South Sudan, Turkey or Venezuela, which are all guilty of human rights violations.

With the mass-destruction of the Syrian people by Bashar al-Assad, in a four-year civil war that has seen a death toll of more than 210,000, Syria has only seen 15 UNHRC condemnations, and Iran has only seen four.

Despite the protests, and expert testimonial defending Israel’s actions, on Friday, the United Nations Human Rights Council approved the Resolution condemning Israel for violating human rights during the 2014 war with Gaza.

Both Israel and the United States boycotted the UNHRC session that reviewed the report of the Commission of Inquiry on Gaza 2014, led by Mary McGowan Davis, who accused Israel’s security blockade along its border with Gaza of “strangling the economy in Gaza.” 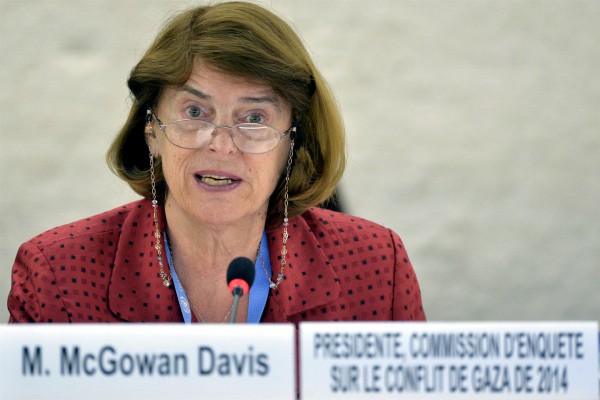 Although the restricted access specifically targets arms-smuggling from the sea and land, it does not block humanitarian supplies from entering the Strip; rather, Israel has sent more than one million tons of construction material to Gaza since October 2014 through the Kerem Shalom crossing.

That hasn’t stopped misinformed groups from propagating the lie that Israel is strangling Gaza’s economy.

For instance, on June 28th, a group of Palestinian activists tried to enter Gaza through Israel’s naval checkpoints.  Although they claimed to be a humanitarian mission, the boats had no humanitarian aid on board.  It was strictly an attempt to create a media circus to internationally delegitimize Israel.

Prime Minister Netanyahu’s office sent a letter to the group that read, “There is no blockade on the Gaza Strip, and you are invited to transfer humanitarian supplies through Israel.  Preventing access through the sea is done in accordance with international law, and we even received backing from a committee of the UN secretary-general.”

The letter continued, “If human rights really interested you, you wouldn’t sail in solidarity with a terror group that executes Gazans without trial, and uses Gazan children as human shields.”  (Times of Israel) 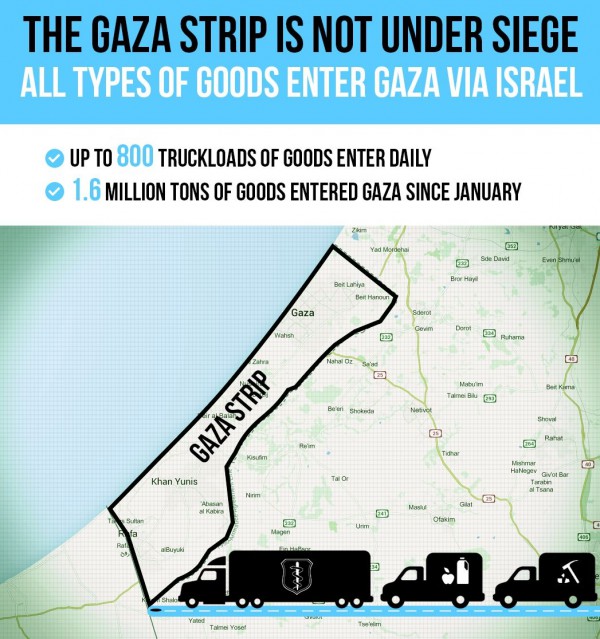