“From that day on, half of my men did the work, while the other half were equipped with spears, shields, bows and armor.  The officers posted themselves behind all the people of Judah.”  (Nehemiah 4:16)

On Tuesday, over 2,000 students, dignitaries, and other Israeli supporters convened at the United Nations General Assembly for a day-long summit to help them fight the Boycott, Divestment, and Sanctions (BDS) movement that targets the pocketbooks of Israel and the Jewish people.

They met in the same hall in which 72 nations voted to equate Zionism with racism 40 years ago. 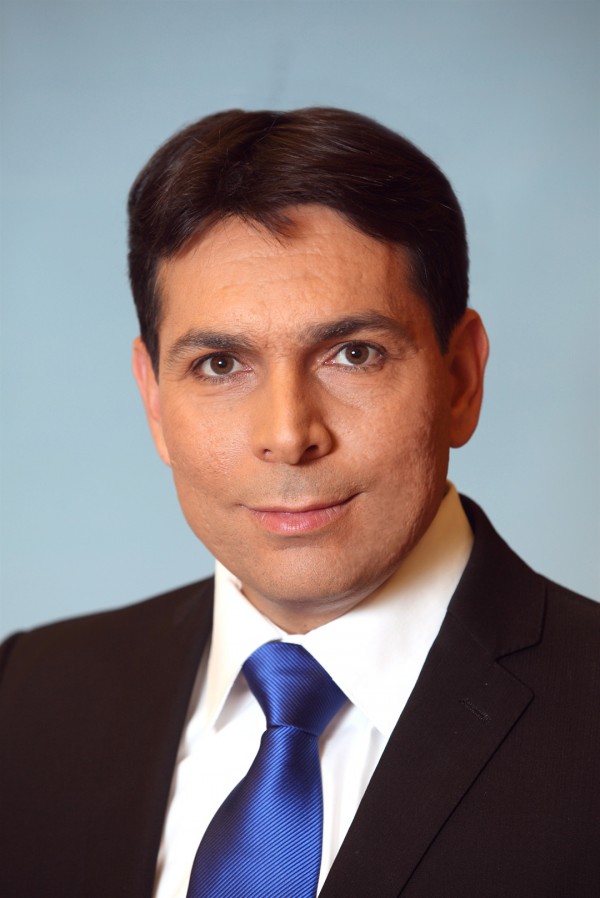 Israeli Ambassador to the UN Danny Danon opened the “Build Bridges Not Boycotts” conference, emphasizing that BDS is “the true face of modern anti-Semitism.”

“BDS is not about helping the Palestinians or bringing peace.  Their only goal is to bring an end to the Jewish state,” Danon said.  “This is the reality and we won’t be afraid to say it out loud, everywhere.”

Danon pointed to a recent UN Human Rights Council resolution that calls for blacklisting Jewish businesses in the disputed territories of Judea and Samaria (the West Bank), Jerusalem, and the Golan:

“With this disgraceful resolution, the UN crossed a red line.  Can you imagine that seventy years after the Holocaust, the UN is creating lists to encourage the boycott of Jewish companies?” Danon said.  “This is exactly the kind of hatred that the UN was founded to eradicate.”  (Israel HaYom)

Gilad Skolnick, director of campus programming for the Committee for Accuracy in Middle East Reporting in America (CAMERA) reported to the crowd that in 2015, resolutions supporting the BDS movement were approved by 12 campuses in the US and rejected by 14 others.

“BDS is often times a symptom of hatreds and anti-Semitism that starts on campus,” Skolnick said.  “CAMERA’s strategy is to set up before that happens so that it doesn’t become an issue.” 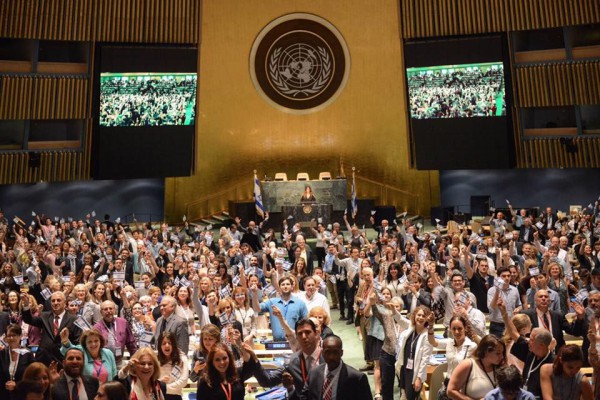 A sight you don’t see every day in the UN General Assembly: flags flying high in support of Israel and condemnation for the BDS movement, which is designed to cripple Israel economically.  (Danny Danon Facebook photo by Dawn Azran)

While Danon called the event historic, Palestinian Ambassador to the UN Riyad Mansour said the event was “no big deal.”

Mansour told ABC News last week that the anti-BDS conference at the UN headquarters is “an admission by the Israeli leadership that they’re losing ground at American universities and colleges to BDS.”

Although a recent Globes survey of American students found that one-third of respondents believe a boycott of Israel is justified, a Bloomberg report has identified that the BDS movement has not had its desired effect on the foreign capital flow into Israel.

“Foreign investments in Israeli asset hit a record high last year of $285.12 billion, a near-tripling from 2005 when the so-called [BDS] movement was started by a group of Palestinians,” Sangwon Yoon wrote at Bloomberg.

Yoon also noted that the shekel is appreciating, the Israeli economy is growing faster than the US or European Union, and that non-Israeli investors funneled $3.76 billion into Israeli start-ups (the highest amount in a decade).  In fact, half of all start-up investors are foreigners. 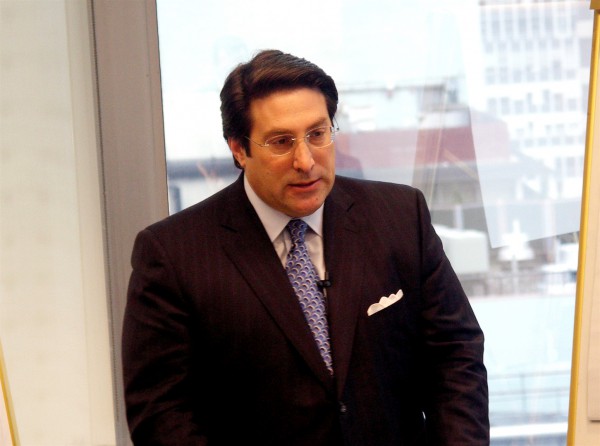 American attorney Jay Sekulow, the chief counsel for the American Center for Law and Justice (ACLJ), also presented at the conference, outlining a multi-step strategy to defend Israel against those who would delegitimize the State of Israel and the Jewish people “by any means possible.”

The ACLJ strategy involves exposing the true nature of BDS, identifying and quashing BDS manifestations, enshrining in law protections for Jews and Israeli interests, and changing the international conversation about Israel, which stems from a false BDS narrative.

The goal of BDS that’s presented to the mainstream media is the withdrawal of Israel from the “occupied territories.”

However, leading BDS activist and California State University professor As’ad AbuKhalil has admitted that “the real aim of BDS is to bring down the state of Israel.”

And in 2013, BDSers showed their true colors in a protest against the performance of Jewish Israeli saxophonist Daniel Zamir at the University of Witwatersrand, South Africa, falling into a chant of “shoot the Jew.”