“David said to the Philistine, ‘You come against me with sword and spear and javelin, but I come against you in the name of the Lord Almighty, the God of the armies of Israel, whom you have defied.’”  (1 Samuel 17:45)

Recently, a 12-year-old British girl escaped from a large assailant when he grabbed her from behind.  Using Krav Maga, she kicked him in the groin and applied other aggressive moves until she was able to break loose.

At around 6 p.m., the girl was on her way home after completing her Krav Maga class in Frognal, London when she was attacked by a man who grabbed hold of her.

“With her year plus of Krav Maga training, she reacted quickly, elbowing the perpetrator and then kneeing [him] in the groin before taking off at a clip to safety before calling me,” her mother said.  (Hampstead and Highgate Express)

The mother explained that the daughter did not get a good look at her attacker since her first concern was to get away.  She added that there were several cases of girls being attacked in the area and that the perpetrator was still at large.

“She is home safely for which we are grateful,” she said. 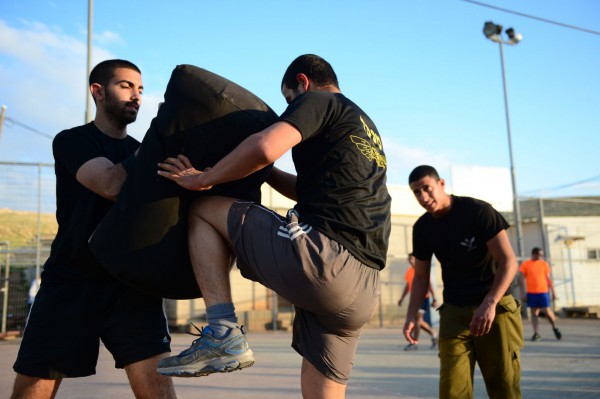 The philosophy behind Krav Maga, Hebrew for contact combat, emphasizes neutralizing threats, as well as simultaneous defensive and offensive maneuvers.  The Israeli military developed it for regular and special forces, and it is also used by the Israeli intelligence and security, Mossad and Shin Bet.

It combines techniques used in wrestling, boxing, Muay Thai, Judo, and Jujutsu along with realistic fight training, making it effective for young and old alike.

For instance, in Ramsey, New Jersey, grandmothers in their 60s and 70s are increasingly signing up for the course.

“There are no rules in Krav Maga.  It’s to do whatever you have to do to get out of that situation safely,” says Tony Racciatti, the owner of Krav Maga NJ.

“We teach about home invasions, shirt grabs, getting your handbag stolen, getting backed into a corner, and carjacking.  It’s all about learning stuff that happens every day.” 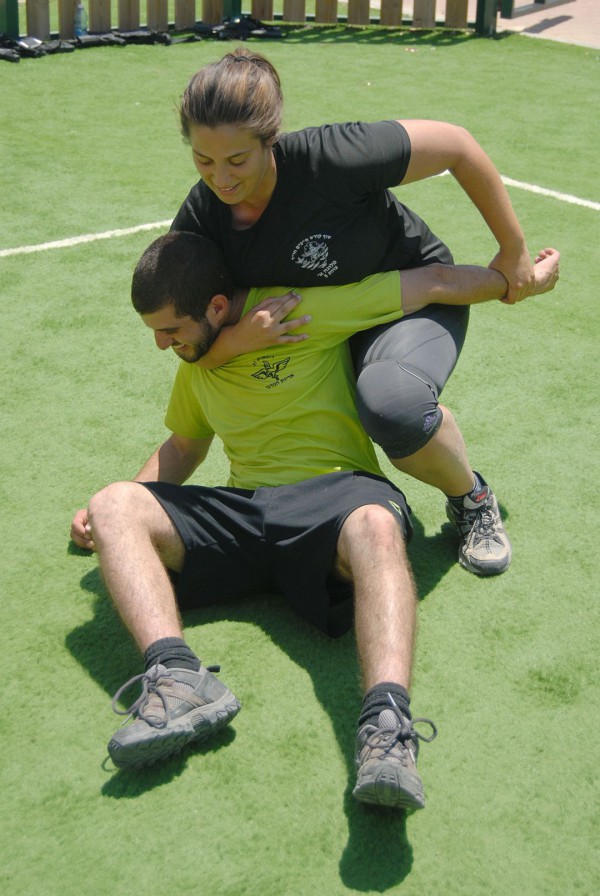 Describing his older female students Racciatti says, “The progress that I see in these women is that they feel less fear, they develop more flexibility, and I see their ability and the awareness to react to something quickly.”

A grandmother taking the course, Suzanne Lippe says, “One of my biggest goals is to be able to stay active and healthy enough to play and do a lot of activities with my grandchildren.”  It’s also important, she said, to “know that if I was to go some place with them, I would be able to protect them.”

In Morgantown PA, instructor Aaron Marko addresses the daily occurrences of violence in the community, including intruders breaking into homes.

“Having just a little bit of skills and knowledge can greatly affect your life. It’s imperative knowledge on that regard,” says the Krav Maga trainer.

Describing this style of self-defense he says, “It’s put together so anybody can do it, regardless of age, physical fitness, or prior training.”

Another instructor, Isaiah Bowman adds, “After every move you have to look around and scan the scene.  When I’m scanning, I’m looking for three things.  I’m looking for multiple attackers.  Another thing is common objects, something I can pick up and use for self-defense.  A third thing is an exit, I have to find a way out.”