Israelis Suit Up for Self-Defense in Response to Palestinian Terror

“Have I not commanded you?  Be strong and courageous.  Do not be afraid; do not be discouraged, for the Lord your God will be with you wherever you go.”  (Joshua 1:9)

The recent wave of terror against Israeli civilians has left many realizing that they cannot wait for official help during a Palestinian terror attack — they must be the help.

Retailers across Israel have sold out of pepper spray, one equipment chain CEO reporting 10,000 canister sales a day, while Israelis have resorted to unique forms of self-protection, carrying oven cleaner, rolling pins and selfie sticks to ward off attackers. 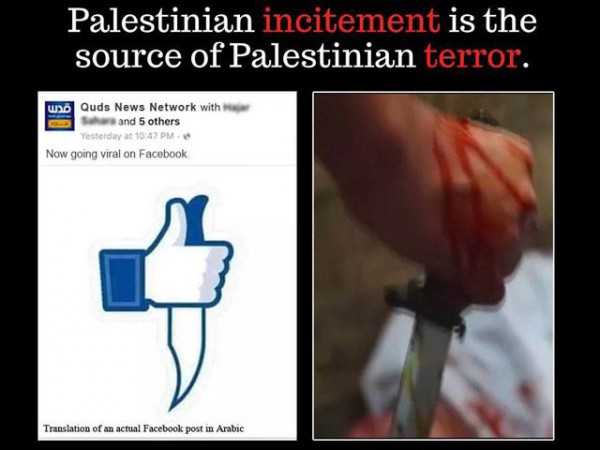 This thumbs up to knife attacks is just one example of Palestinian media inciting violence and terrorism.

Martin also reported a 400% increase in the purchase of self-defense products, which amounted to $78,000 in the first full week of October.

“On Monday [of last week], our entire stock of pepper spray sold out.  Yesterday [last Tuesday] we got a bit more and it ran out within half an hour.  The demand is nationwide.  We just opened a branch in Yarka [a Druze village] and everything sold out there, too.  We have a longer waiting list than the iPhone 6,” Martin told Times of Israel.

Israel Radio on Friday also reported that a storeowner sold his entire stock of pepper spray in two days.  The owners of Haboleshet Spy Shop, Avi Wachsman and Eyal Daniel sold three weeks’ worth of inventory in one day, “about 100 items in total.”

“We completely sold out of pepper spray, shockers and clubs,” Daniel said.

Israeli civilians have subdued Palestinian and other terrorists with umbrellas and nunchucks, as well, and Simona Weinglass reported for Times of Israel that one “man was seen with a frying pan tucked into his belt.”

On Sunday, a woman used pepper spray to fend off a 21-year-old terrorist at the Beer Sheva bus terminal. M uhanad Al-Aqabi came armed with a knife, a gun and ammunition.  After attacking passersby, he shot Golani soldier Sergeant Omri Levy.  Snatching his M-16 rifle, he began spraying the crowd with bullets.

Security forces neutralized the terrorist, but an innocent bystander was mistaken for a terrorist and died of his wounds — sadly, not before the crowd beat him and spat on him. 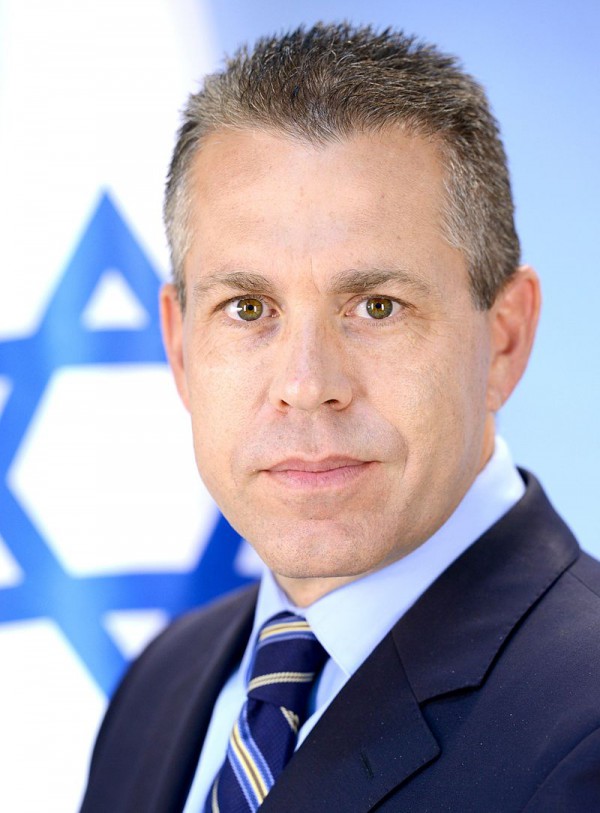 Members of specific military units are also newly eligible, and the ministry is looking at possibly increasing required training sessions from once every three years to once a year.

“Civilians who are trained in the use of firearms double the forces combating terrorism, which is why I acted to ease restrictions right now,” said Erdan.  “In recent weeks many civilians have helped the Israel Police neutralize terrorists.”

Israelis are also being advised to carry their cellphones, but not to get distracted by their phones or even look at them in public.

“The first step towards being safer is to lift your eyes and look around, trying to size up the people around you, looking for people who might be a threat.  You do this by using your gut and common sense,” said Josh Carr, who is the former commander of the Israel Defense Forces’ Krav Maga instructors’ school.

While Israelis contact the police about 600 times a day to share concerns, Israeli police are now receiving 25,000 calls a day, reports the Jewish Press.

Rabbi Yisrael Rosen, the founder of the Zomet Institute of Halacha and Technology, which modifies and analyzes technology use in application to Jewish law, said religious Jews are permitted to carry a cell phone on Shabbat because communication can avert real “danger to life.” 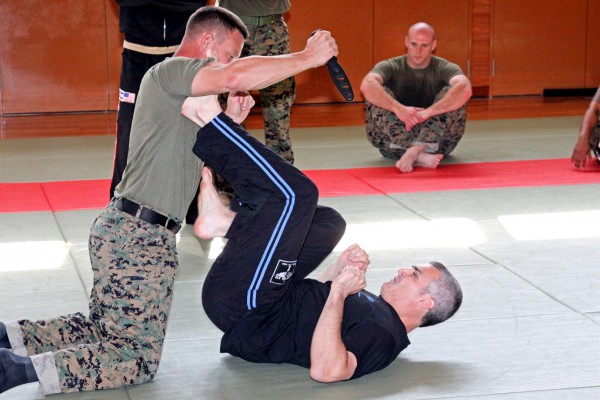 Israeli Krav Maga (contact combat or close combat) experts demonstrate how to defend against a knife attack while on the ground.  Krav Maga is a combat system developed in Israel in the late 1940s.

Israelis are also brushing up on martial arts skills.

On October 7 in a Facebook group, Carr publicly offered a free course “mainly on knife defense but will include basic fighting skills and how to react in an emergency situation.”

Carr received over 1,300 responses and transformed the offer into a plan for countrywide training sessions with a request for administrative help, giving the first class last week in the central Israel city of Giv’at Shmuel.

Other Krav Maga instructors that have been offering seminars include Jonathan Rabinovich, Amnon Dasa and Zev Cohen.  Instructor Oren Mellul has seen interest in his classes from two new students a week to 25–30 people in 10 days.  (Times of Israel)

Krav Maga courses are offered around the world and are so effective that a 12-year old girl in London used her training to ward off an attacker earlier this year.