Father Gabriel Nadaf Calls on UNHRC to Stand with Israel

“To do what is right and just is more acceptable to the Lord than sacrifice.”  (Proverbs 21:3)

On Tuesday, Father Gabriel Nadaf, a Greek Orthodox priest and a leader of the minority Aramean Christian community in Israel, addressed the United Nations Human Rights Council (UNHRC), calling on the world to stand by Israel in its fight against Islamic terrorism.

Appearing before a body known for its condemnation of the Jewish state and support for terrorist organizations such as Hamas and the ISIS supporting country of Qatar, Nadaf spoke immediately after a panel discussion entitled “The Human Rights Situation in Palestine and Other Occupied Arab Territories.”

Nadaf told the UNHRC that Israel is the one country in the Middle East where Christians are not persecuted, but rather “affectionately granted freedom of expression, freedom of worship and security.”

“Across the Middle East, in the last ten years, 100,000 Christians have been murdered each year.  That means that every five minutes a Christian is killed because of his faith,” said Nadaf.  “Those who can escape persecution at the hands of Muslim extremists have fled.  …  Those who remain, exist as second if not third class citizens to their Muslim rulers.” 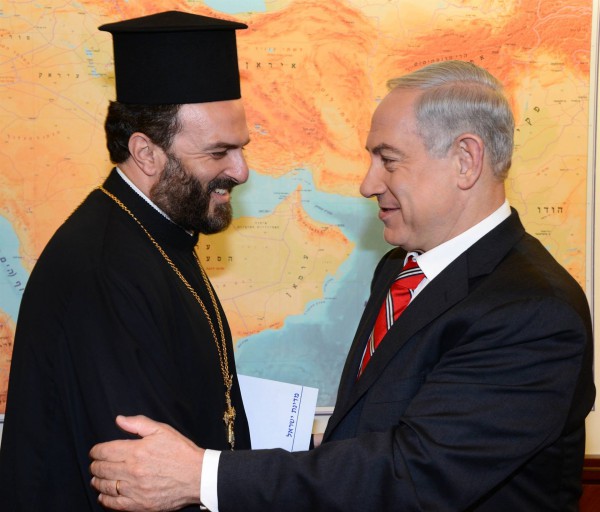 He then said that those who wish to destroy Israel are destroying the one place in the Middle East where Christians are free and their population is growing; in fact, Israel’s Christian population has quadrupled since the state’s independence in 1948, growing from 34,000 to 158,000 in 2012.  (Algemeiner)

“Anyone who wants to destroy the Jewish state is signing a death sentence on the last liberal Christians in the Holy Land,” he explained.

He ended by saying, “Leaders of people, seekers of peace, end your witch hunt of the only free country in the region.”  (Arutz 7)

The 47-member Human Rights Council recently opened an investigation into alleged criminal acts perpetrated by Israel during the recent Operation Protective Edge, but no similar investigation is being undertaken in response to Hamas’ actions, many of which include the use of children as human shields for attacks on Israeli forces.

Nadaf is a longtime proponent of Christians serving in the Israel Defense Forces (IDF) as well as the separation of the Christian community from the Arab community in Israel.  For this he has received numerous death threats from Arabs, and his own son was assaulted and hospitalized in December 2013 because of Nadaf’s views.