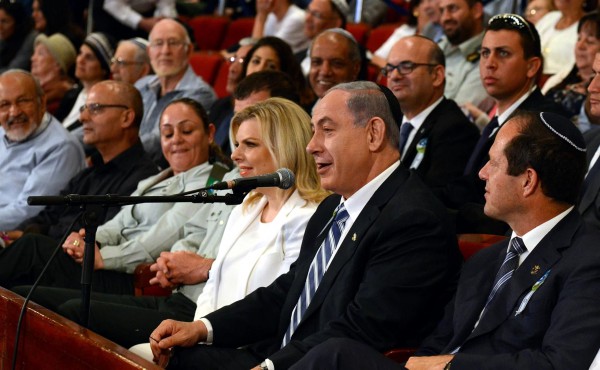 Benjamin Netanyahu addresses the contestants of the International Bible Quiz.

Last week, Prime Minister Benjamin Netanyahu emphasized to the International Bible Contest contestants the importance of the Bible for the Jewish People and for Israel.

“The Bible is the foundation of our lives,” Netanyahu told the contestants days before the event, which took place on Israel’s 67th Yom HaAtzmaut (Independence Day).  “We would not exist without it.  It reflects our identity and our values, which grew in this Land.  It also reflects the great hopes of our people to return to our homeland and build our homes there.” 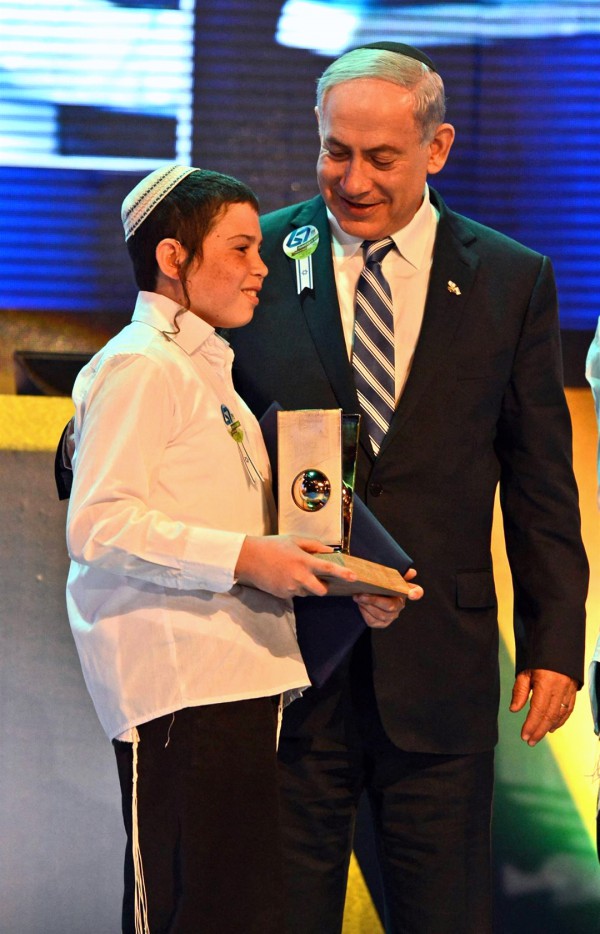 The 15-year-old, who studies with former Member of Parliament Dr. Ben-Ari at the private religious academy Darchei Noam in Petah Tikva, won after a head-to-head memory battle with second place winner Udi Algrabli, 17, who lives in Jerusalem.

During the contest, the prime minister posed questions to the contestants with a panel of judges that included Bat-Galim Shaer, the mother of Gilad, one of three Israeli teens that were kidnapped and slain by Hamas terrorists last June.

After announcing the contest winners, Netanyahu said, “Soldiers who swear allegiance to the country receive a Bible book; the Bible is the source of our strength.  I value it as the Makor Mayim Chayyim (Fountain of Living Waters), and it is important that our youths and children draw from this well.”  (Ynet)

The 3rd and 4th place were awarded to Ashdod’s Arad Kotzer and Canada’s Ryan Raphael Ripsman—the contest’s best non-Israeli performer, and the only international to make it to the final round. 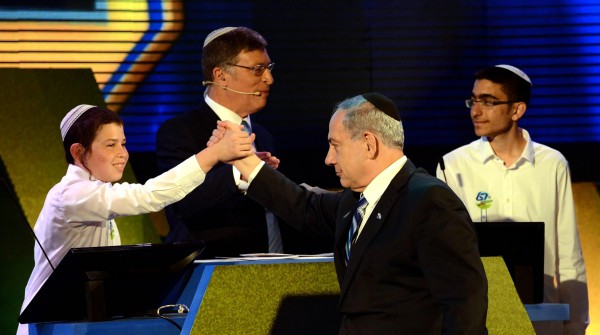 Netanyahu praised the participation of so many Jews from around the world while emphasizing the Biblical roots of Zionism—the right of Jewish People to make their home in the land of Zion.

“It [Zionism] is from the visions of the prophets for ingathering the dispersed people of Israel to their historic homeland, from East to West, North to South. These prophecies are coming true before our eyes,” he said.

One of these prophets that foresaw the current ingathering of the exiles is Isaiah:

“’Then you will say in your heart, ‘Who bore me these?  I was bereaved and barren; I was exiled and rejected.  Who brought these up?  I was left all alone, but these—where have they come from?’  This is what the Sovereign Lord says: ‘See, I will beckon to the nations, I will lift up my banner to the peoples; they will bring your sons in their arms and carry your daughters on their hips.’”  (Isaiah 49:21–22) 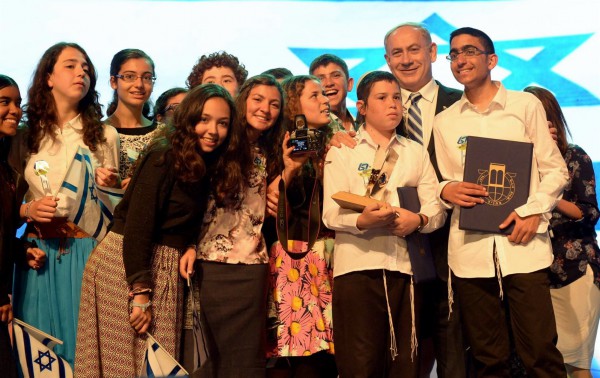 Netanyahu told the teens, “I call on you: go home and tell of your experience during your visit to Israel.  And afterwards, I request, come back to us to the Land of Israel.  Come to the State of Israel.  We are waiting for you with open arms.” (JPost)

The international Bible Contest is hosted by the Education Department of the Israel Defense Forces each year on Yom HaAtzmaut (Independence Day).  The 67 years of Israel’s independence were symbolized by an initial 67 contestants from 33 countries at the first round.

These were narrowed down to 16 finalists—four Israelis and 12 internationals from the United States, Canada, Mexico, Panama, Belarus and South Africa.

Eyal will receive a scholarship to Machon Lev, the Jerusalem College of Technology.